Cedar Park, TX – The San Jose Barracuda (1-1-1-0) got five goals from five different skaters and 29 saves from Sam Harvey and earned a 5-2 win over the Texas Stars (2-2-0-0) on Friday night at the H-E-B Center. In the win, Ozzy Wiesblatt and Kyle Topping each scored their first AHL goals.

• Kyle Topping opened Friday’s scoring, lighting the lamp in his pro debut at 12:48 of the first

• Sharks 2020 first round pick (31st overall) Ozzy Wiesblatt completed the Barracuda’s five-goal night with the first of his pro career at 15:21 of the third

• Jayden Halbgewachs, the Barracuda’s leading goal scorer last season, potted his first of the year at 12:31 of the second period on the power play and it turned out to be the game-winner

• Robbie Russo (1) scored his first goal as a member of the Barracuda at 8:16 of third

• Jake McGrew recorded an assist on Toppings goal, the first AHL point of his career 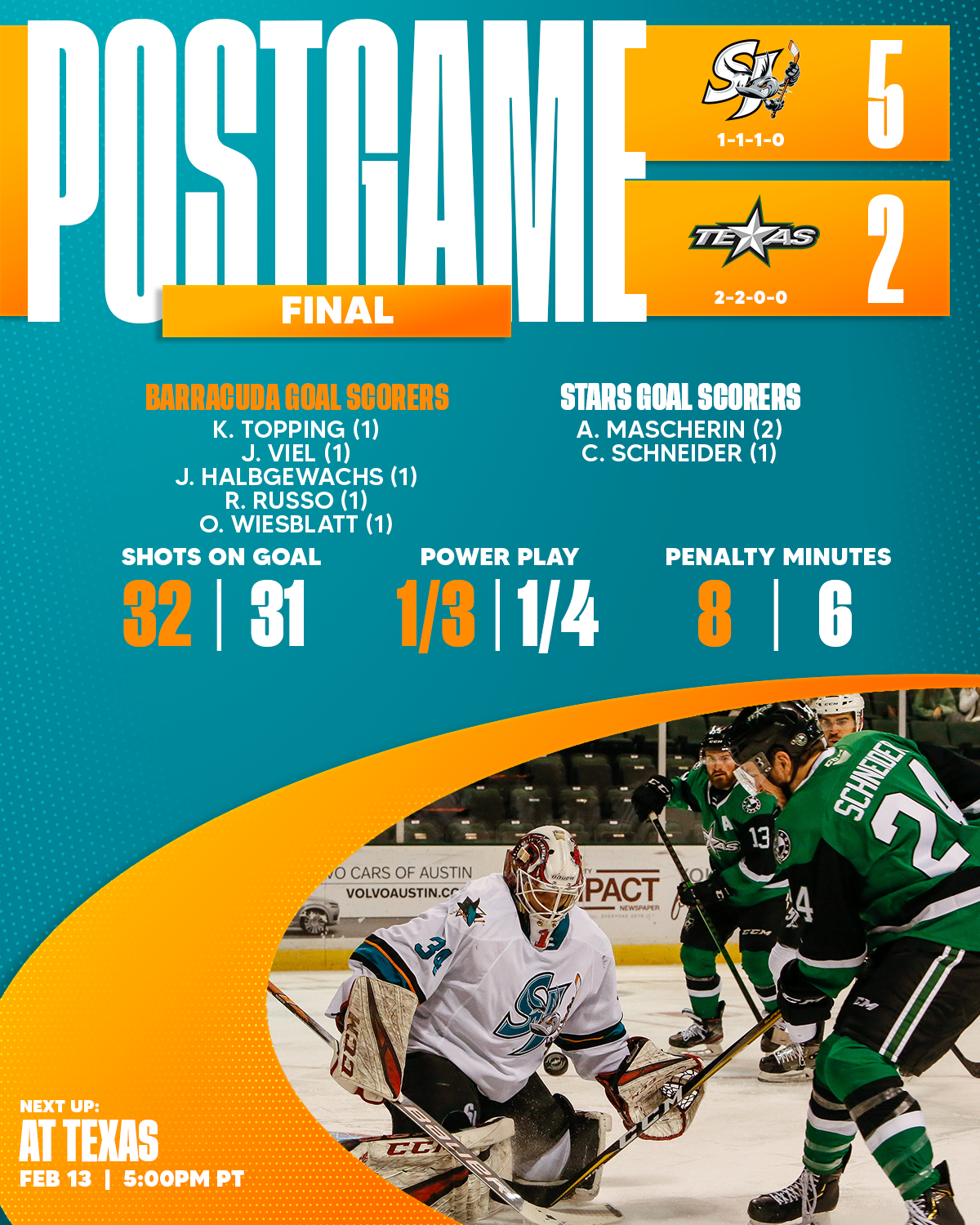 "I made some adjustments after the second goal. I think I was playing a little deep. After that, I think I played well and we got the win so that's a good start" - Sam Harvey following his 29-save pro debut 🎥 pic.twitter.com/wb8ZHGEicE

"I thought it was a solid 60. From the goaltender on out" - Roy Sommer on his team's 5-2 win on Friday against the Texas Stars. pic.twitter.com/XGhsJ6W0Fw