San Jose, CA – The San Jose Barracuda (7-6-4-1) fell into a two-goal hole early in the second period on Tuesday at Solar4America Ice against the Bakersfield Condors (Edmonton Oilers) (11-9-0-1) but managed to scored four unanswered goals en-route to a 4-3 win. With the victory, the Barracuda are now 5-0-1 when playing in San Jose this season.

• Stuart Skinner (10-5-1) allowed four goals on 31 shots, suffering his third-straight loss and first defeat against the Barracuda this year

• Joachim Blichfeld collected a pair of assists in the win, his first assists in his last 10 games, and now leads the team with 15 points (10+5=15)

• Fredrick Handemark (4), in his first game in the AHL since March 12, scored the game-winner extending his point streak to four games (2+3=5)

• After the win, the Barracuda have now picked up points in five consecutive games against the Condors 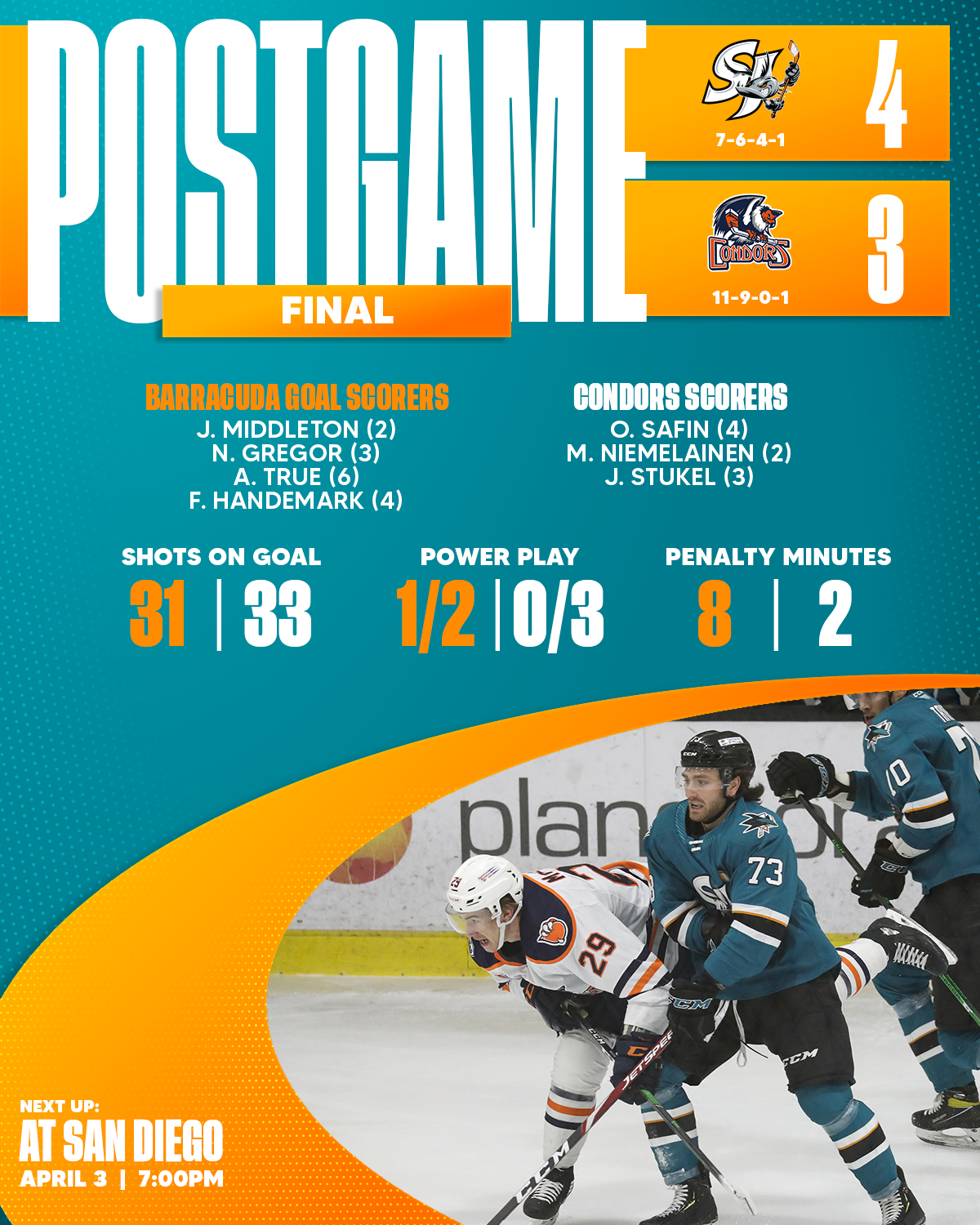