What’s up ‘Cuda Country? Hope you’ve all had a great week. It’s Thursday so let’s get this blog going!

Usually, I delay company softball talk until the end, but what the heck, we’ll jump right into it. After a 10-9 loss last week to the top team in the Wednesday night coed division, the company softball team bounced back last night with a balanced offensive attack and stellar defense en route to a 14-7 win (I think).  At one point, Ryan Stenn, who is the Director of Team Services for the Sharks and also our shortstop, had five straight putouts. Wednesday also marked the return of team captain, Nick Carrillo, who recently left the Sharks Media Relations Department to pursue a law degree. Nick led off and split pitching duties. Nick makes the lineup, so of course he led off. Fair or unfair? You be the judge.

Last night's game had many storylines, and I’ll get to those but first let me set the scene. The game started at 10:10 p.m. so as you could imagine we didn’t have our full team to our disposal. Late starts shine light on the most committed members, but after not falling asleep ‘til 1:30 a.m and skipping my morning workout, I too am questioning my commitment to the late games. But we’ll cross that bridge when we get there. Also, it was cold and foggy which had everyone over it by the fourth inning, but great teams find a way.

The late start forced Ben Guerrero, Sharks Director of Media Relations, into action despite still recovering from a high-ankle sprain suffered in week one. Guerrero was a vacuum-statue at first. He wasn’t moving much, but he was stellar out there. It reminded me of Curt Schilling and his bloody sock. It was stuff legends are made of. Taylor Hone, Sharks Productions Producer, hit the batting cage prior to the game to get his swing back but he made his biggest play defensively as he robbed a sure-thing single by diving to his left side while playing second, got up and flipped it to first, resulting in a nice strawberry turf-burn on his knee. Pre-game batting cage session and full defensive layout, dude is committed! Joanna Schimmel, Sharks Media Relations member and former Brown University softball standout, brought out her old Oakland Vipers softball sweatshirt and the thing still had some magic as she was spraying the ball all over the field. The one time she took it off, she got out. So she’s got to wear the thing every game now, right?

The highlight of the night, in my opinion, was that one of the staff members at Twin Creeks left their music playing in the shed beyond center field. I had one ball hit to me in seven innings playing left-center, so it was getting pretty boring. The techno/club mix got me through! Just one request, turn it up a little more next time.

30 years ago today, Wayne Gretzky was traded from the @EdmontonOilers to the @LAKings and changed the game of hockey for years to come.

On a side note, the opposing team’s first baseman was a big ‘Cuda/Sharks fan, so it gave me a chance to talk a little puck when I reached first.

That’s it for my weekly softball update. Still, not a lot in the hockey world so stick with me until we get to September.

Before I say so long for the week, one thing did cross the news feed that dragged me down the rabbit hole of the Internet last night and that was that today marks the 30-year anniversary of Wayne Gretzky being traded from the Edmonton Oilers to the Los Angeles Kings. We’ve all heard of Six Degrees of Kevin Bacon, which if you're unfamiliar, everyone is six or fewer acquaintance links apart from each other. Well, you could connect the growth of the game of hockey and the expansion of the NHL to the Sunbelt to the Great One. In essence, it’s the Six Degrees of Wayne Gretzky. You can arguably connect Gretzky to nearly every Sunbelt hockey team that sprung up post-trade (San Jose, Anaheim, Vegas, Arizona, Colorado, Dallas, Nashville, Carolina, Tampa Bay, Florida) and the growth of the game in the United States in general. I know for a fact, had Gretzky not been traded I would not be a hockey broadcaster. A year after I was born, the Sharks began play at the Cow Palace, my parents became fans, which led to my siblings and I playing the game, which led to me loving the game, and wanting to pursue hockey broadcasting.

Check out the link to NHL.com. It's fascinating stuff. Have a great week, and we'll talk to you all next Thursday. As of now, we're on track to release our promotional schedule next Thursday so we'll have plenty to catch up on then. Some really exciting stuff is planned for next season and we can't wait to share it! 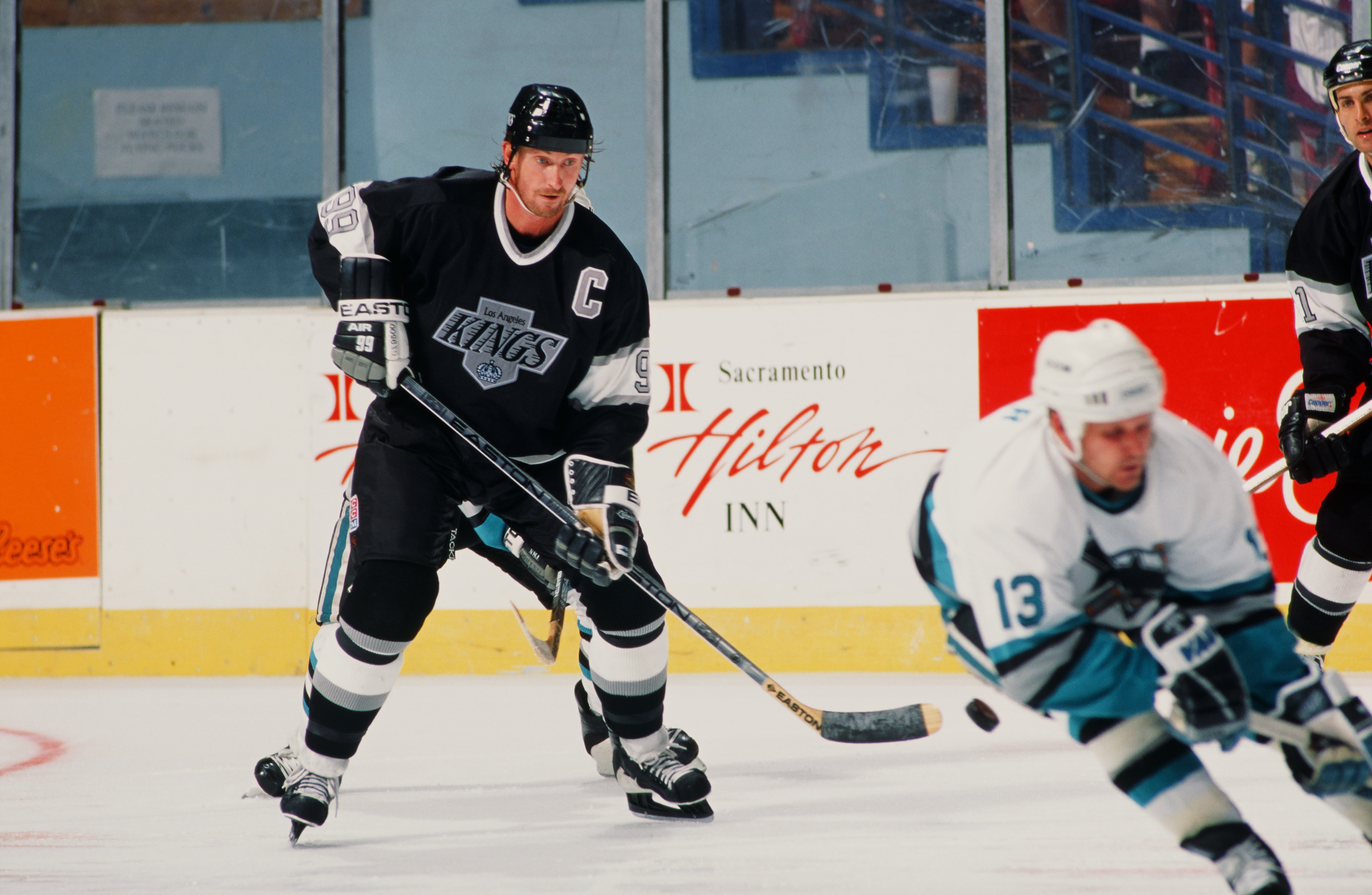