What’s going on ‘Cuda Country? Hope you’ve had a great week. Labor Day is nearly upon us, which means the unofficial end to summer is here. In the hockey world, Labor Day might as well be the official end to summer. Every player should be back in San Jose no later than early next week, and September 8-11 several of those players and myself will be in Las Vegas for the Vegas Rookie Faceoff that’ll feature U50 rookies from the Sharks, Kings, Ducks, Avalanche, Coyotes, and Knights.

12 players who skated in at least one game for the Barracuda last year are expected to dress in the Rookie Faceoff.  And I project six to seven others that have a legit chance to make the team this upcoming campaign, so the tournament is going to be the first real look at what type of club the Barracuda could have next season.

The Sharks hosted the event last year, and I broadcasted several of the games. Per the agreement between all teams involved, each contest will be streamed on some platform (TBD, but most likely Facebook Live and YouTube Live), but the Knights have yet to announce more details. I’ll have my headset handy in case I’m needed. I will be in Colorado for the two preseason games against the Eagles at the end of September, but it's still up in the air on whether I'll call them. We’ve opted not to broadcast preseason games the past two seasons, so it would certainly be helpful to get a few games in Vegas.

The #SJSharks roster for the 2018 Vegas Rookie Faceoff is filled with top prospects. https://t.co/YXoA9Aqtnw

Next week I’ll really dive into the Vegas Rookie Faceoff in more depth, but for now, it’s back to company softball.

Some key members were out of the lineup on Wednesday including team captain Nick Carrillo, along with Sharks Marketing and Communications Manager - Missy Zielinski, Sharks Director of Media Relations - Ben Guerrero, and Sharks Video Producer - Taylor Hone (Sorry if I left anyone out). But we got a few significant additions back into the lineup as Ryan Stenn returned from vacation to New York and Nate Hone made his long-awaited season debut after suffering a broken hand in a scooter accident in Thailand earlier this summer. We had our woes throughout the game, don’t get me wrong, but there was restored confidence among the group that has wavered over the last few weeks.

After not having a ball hit into the outfield in the first three innings, that group was called upon in a large way in the fourth inning, and myself included, we didn’t step up to the plate (see what I did there). Dropped pop-ups (that was me), line drives that skipped under gloves and rolled to the fence, bloops, and bombs were all included in the one inning. Despite near disaster, we stopped the bleeding only down by three. As I sprinted to our dugout (yes I sprint, gotta get your cardio in somehow) from left-center field, I realized our team was back on track. It was as if we retired them 1,2, 3. The overall attitude was positive and uplifting. Down by a pair in the fifth inning and less than 10 minutes left on the game clock (six innings or 60-minute games) we were able to dink and dunk four runs across the plate to take a 10-8 lead which would turn out to be the final score.

The overall vibe in the office today has been much lighter than in weeks past. Thursdays as of late have felt like Mondays for the Cleveland Browns in the fall (I'm a Browns fan, I can say that). I'm liking where the team is trending. Think we've got a great chance to get back to the Ship if we can get our entire team healthy and ready.

One last thing, not softball related. I know I said I wasn’t talking hockey until next week, and I’m not, but Antoine Bibeau revealed his 2018-19 Jaws-themed goalie mask which is a thing a beauty. It also made me think of all the goal masks worn over the first three years of the ‘Cuda. I told you how big of a jersey nerd I was a few blogs back and the same can be said for great goalie masks. Honestly, what hockey fan doesn’t love a great mask? I played forward as a kid and I still always had a soft spot for good goalie gear. Honestly, I really liked Bibs mask last season, but throwing in the Jaws touch is a no-brainer. Ps. Bibeau had a great Felix Potvin style mask in Toronto, and that was glorious too (Pulled at my 90’s-kid heart strings).

That's it for me this week. I am going to miss summer blogs because they can honestly go anyway and anywhere I want. It's an open canvas. That being said, I am looking forward to getting back to hockey writing. Have a great week, and I'll talk to all next Thursday. 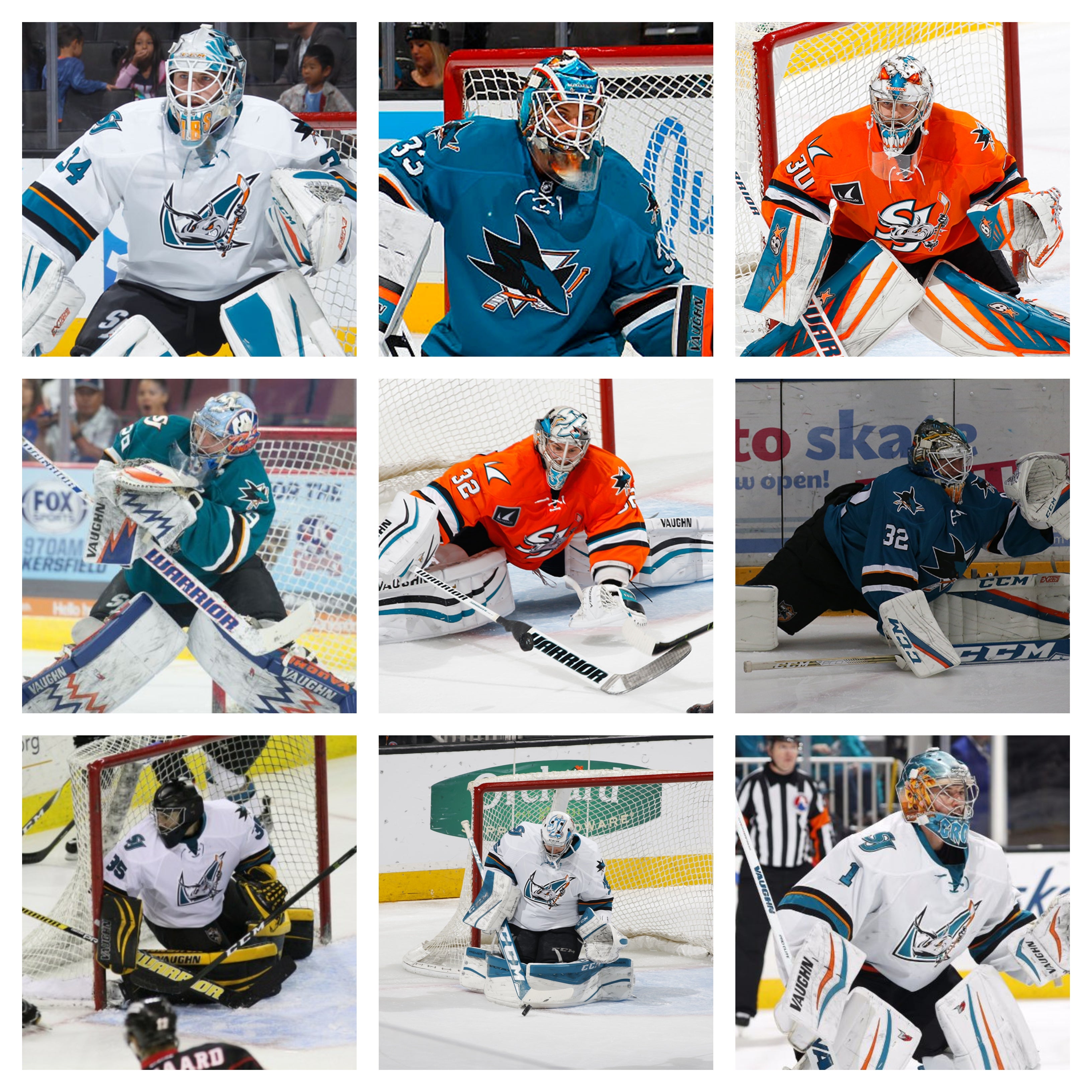