Hello, ‘Cuda kin! Can you believe just eight games remain on the 2017-18 schedule? It feels like yesterday that we were dropping the puck on a new season. Time flies when you’re having fun, I guess.

No matter what happens over the next two and a half weeks, it’s been another great season. We set a single-game attendance record on March 10, Coach Roy Sommer eclipsed 700 wins and 1,500 games coached, new faces emerged as real players, and oh yeah, we had an Olympian, Captain John McCarthy.

If you think I’m reminiscing because I’ve already chalked this season up as one that the Barracuda aren’t making the playoffs, think again. I’m an optimist by nature, but until the fat lady sings, we’ve still got hope.

When I was in college, there was a running joke among journalism students and staff that we chose journalism because we all sucked at math. I knew I wanted to be a broadcaster since I was about three, so journalism more so chose me than I chose it, but the math joke has some truth. To be honest, math was probably my least favorite subject in school, and one I wasn't all that great at.

Are you wondering why I’m talking about math? There’s a method to my madness. With just eight games left in the regular season, and the Barracuda on the outside looking into the playoffs, we’re going to do some math to find out what scenario needs to take place for the ‘Cuda to sneak into the dance. Now I think everything below is correct, but take it with a grain of salt, I was a journalism major after all.

First, here is the current AHL Pacific Division standings as of March 27, 2018.

We'll begin with the Texas Stars who currently hold the fourth and final playoff spot in the Pacific. The Stars play a full AHL schedule (76 games), which complicates the final two and a half weeks of the season because it’s all based on winning percentage. Texas has nine games remaining on their schedule, with six of the nine games coming outside the division.

Now onto Stockton who currently sits at the fifth spot in the Pacific and have nine games left in the regular season with a total of six of their final nine games coming against San Antonio, Texas, and San Jose. Stockton must go no better than 4-4-1 over its last nine games, which would put the Heat at a record of 34-27-7 (.551).

Finally, the San Antonio Rampage who stand at the sixth spot in the Pacific only have eight games remaining on its 76-game schedule and four of those eight games come against the Central Division. The Rampage must go no better than 5-2-1, which would put the Rampage at 37-28-11 (.559).

There are almost endless possibilities for the Barracuda to get into the playoffs, but they’ve got to handle their own business before looking for other teams to help them out. The road won’t be easy as San Jose will be in Grand Rapids and Rockford this weekend, facing a pair of teams they failed to beat in two previous meetings.

But there is hope, in 2015-16, the Charlotte Checkers lost their final five games allowing for the Barracuda to back-into the playoffs in the final game of the season, so crazier things have happened.

By the time I talk to you next week, we should have a lot more clarity. As a reminder, we'll have full broadcast coverage on the Sharks + SAP Center app beginning at 4 p.m. PST on Friday in GR (KDOW tape delay - 7 p.m.) and then on Saturday in Rockford. Have a great rest of your week, and GO 'CUDA! 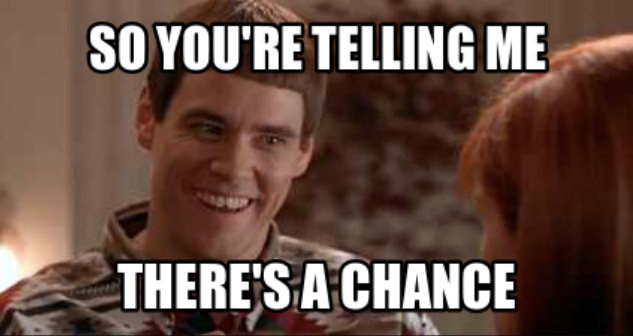