Hey Barracuda fans! Nick Nollenberger here. It’s another week, which means it’s time for another blog. What a difference it can make when you add an NHL-caliber forward into a lineup that's struggling to score at both full strength and on the power play. Kevin Labanc’s assignment to the Barracuda following the Sharks, 2-1, shootout win over Anaheim last Saturday, came to the surprise of pretty much everyone. But the great thing about a young player on an entry-level contract is that you can send them to the American League to gain confidence without exposing them to the 30 other NHL teams.

It’s cliché, but I’ve heard Labanc say it several times over his first two seasons as a pro and that is, in the AHL you’ve got a half a second longer to make a decision. In a game that moves 100 miles per-hour, that little bit of extra time can make such a difference. For whatever reason, Kevin is a fabulous facilitator in the AHL, I think more so than in the NHL. When he’s up with the big club he seems to be in a much more shoot-first mentality, but that’s just an observation I’ve made over the last year.  Both are great assets.

At times on Sunday, the line of Labanc, Marcus Sorensen, and Danny O’Regan was toying with the Texas Stars defense, and to be fair, that combo could be a line on several NHL teams. Labanc’s insertion into the Barracuda lineup on Sunday awoke Marcus Sorensen who netted his first pro hat-trick and snapped a nine-game goalless drought.

My gut says Labanc will be back up in the NHL in no time, but his presence proved to a young Barracuda team that they can beat anyone in the league if they play the right way.

Some transactional news this week as the Barracuda sent down forward Colby McAuley and Bryan Moore to the Allen Americans, its ECHL affiliate. For McAuley, I think it could be an awesome opportunity for the young player. In the AHL, McAuley was buried in the depth chart and stuck on the fourth line, with the Americans he’ll get a lot more opportunities.

The assignment of the two forwards means Olivier Archambault is here to stay in San Jose for the foreseeable future. The speedy forward has flashed high-end skill and scored his first goal of the season in Sunday’s 6-1 win over Texas. As a fan of the game, I love when guys are given a small opportunity and they take huge advantage of it.

Now it’s time for #AskNick. Each week we encourage fans to tweet at the SJBarracuda twitter page using the hashtag #AskNick for me to answer your questions on the weekly blog.

How is traveling with the team this year vs. last year?

As we did last year, we’ve got a great group of guys, which makes traveling a lot more enjoyable. Nothing’s changed, but personally having a year under my belt is nice because I know how the process works. The Sharks are a tremendous organization that takes care of all of its players and staffers, but we’re still in the AHL so that can include layovers and long bus trips. It’s all part of the fun. Lots of laughs and jokes are being had I can promise you that. Last year, the guys played a ton of games on the bus but in the early going most of them have have just thrown the headphones in and dozed off.

Who is the loudest on the road and who is the quietest?

We don't have any really loud guys on the team, but Grosey tends to be in the mix usually, chopping it up with everyone. Our trainer Quentin Higgins is always getting the guys laughing which tends to spark the group to chime in. The quietest is probably Tim Clifton. He's a great kid, but he tends to be pretty quit and chill.

Buddy Robinson will be in town this weekend with the Manitoba Moose. Are you excited to see him back in San Jose and what’s your favorite Buddy memory from last season?

Buddy was such a huge addition last year. No one knew what we were getting when the Sharks traded Tommy Wingels to Ottawa for Robinson, Zack Stortini and a draft selection. Buddy was a huge physical presence in the lineup, and he was dominating on the penalty kill. I’d say my favorite memory was when he was mic’d up in Grand Rapids in the playoffs. Good sound bites for sure. 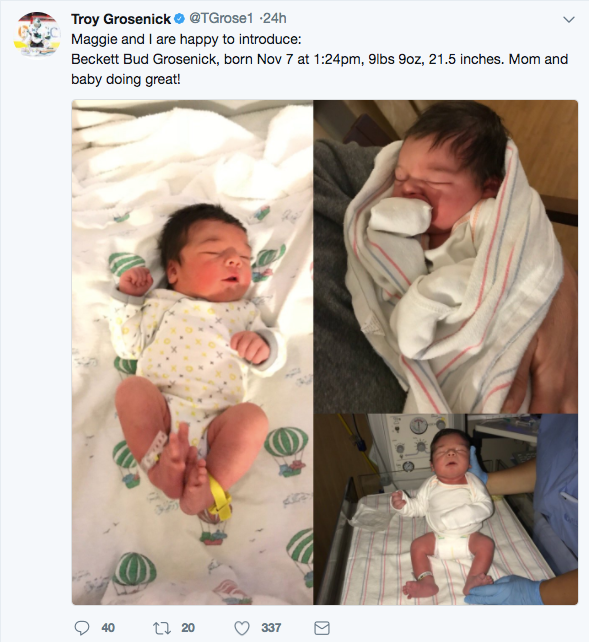