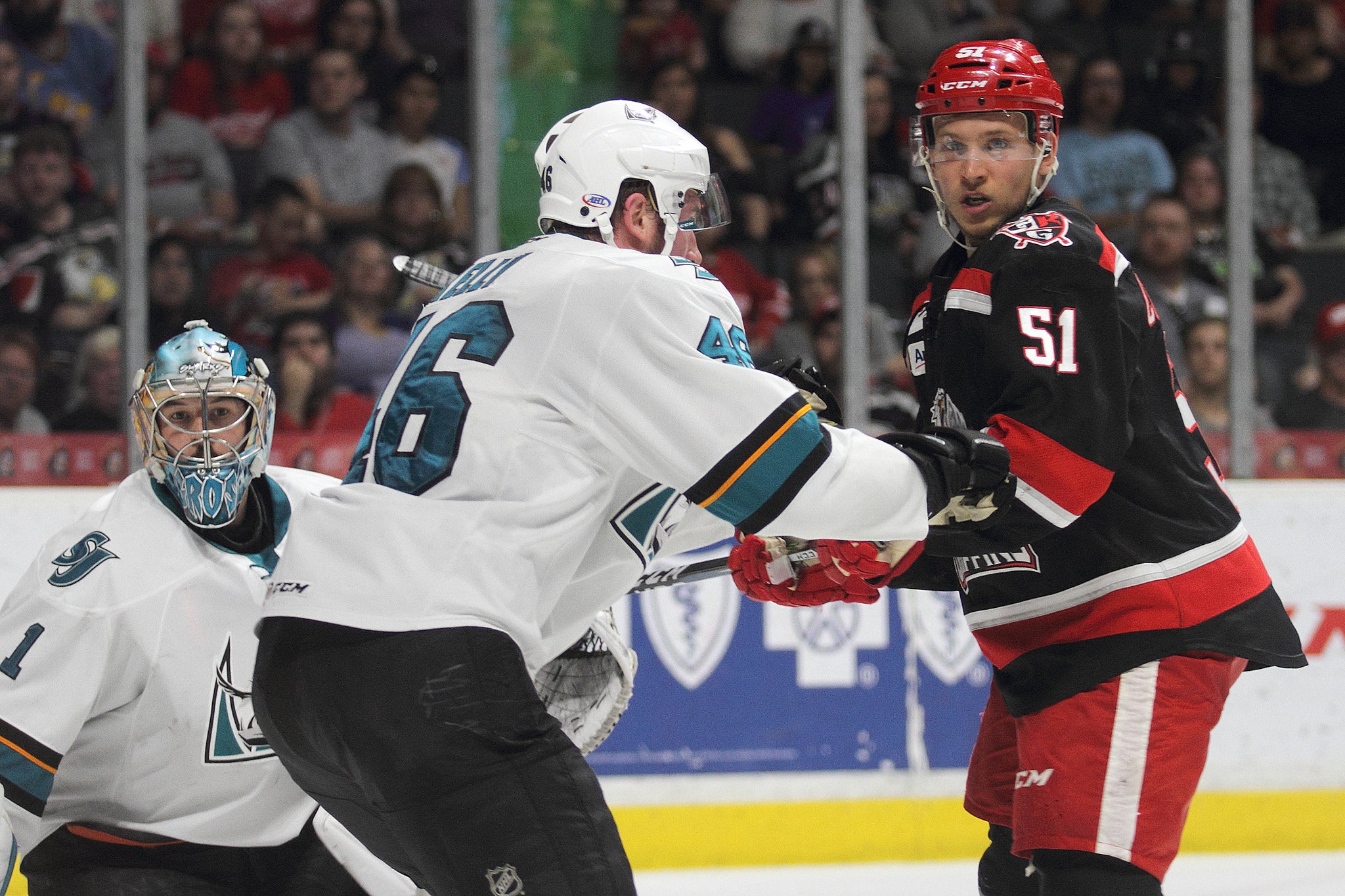 GRAND RAPIDS, MICH. - The San Jose Barracuda (1-4) put 41 shots on net but only generated a pair of goals, falling to the Grand Rapids Griffins, 4-2, at Van Andel Arena on Saturday night in a decisive game five of the Western Conference Finals. The West Finals win is Grand Rapids second in team history and first since it won a Calder Cup in 2013.

The Griffins jumped out to a 1-0 lead just 24 seconds into the first as Matt Lashoff (1) received a cross-ice feed from Tyler Bertuzzi, and the veteran blueliner blasted a one-timer past Troy Grosenick as he entered the Barracuda zone. San Jose pushed back but failed to even the score, and an unsuccessful Barracuda clearing attempt in their end led to Matt Ford (7) ripping a shot from the low slot off the left post and in at 16:11 to give the Griffs a 2-0 lead.

The Barracuda waited one minute and two seconds in the second frame to cut Grand Rapids' lead in half after Buddy Robinson lifted Joe Hicketts stick and centered the puck to Timo Meier (4) who snapped a shot past Jared Coreau. But Grand Rapids regained its two-goal lead by extending its power-play goal streak to 11 games in a row. Matt Lorito (6) snuck a rebound inside the right post after Grosenick couldn't secure a rebound on a Martin Frk broken stick point shot.

In the third, Lorito (6) fired a shot top-shelf to give the Griffins a 4-1 lead. Danny O'Regan (4) redirected a centering pass past Coreau at 15:29, but San Jose's comeback attempt stalled in the final four and a half minutes.