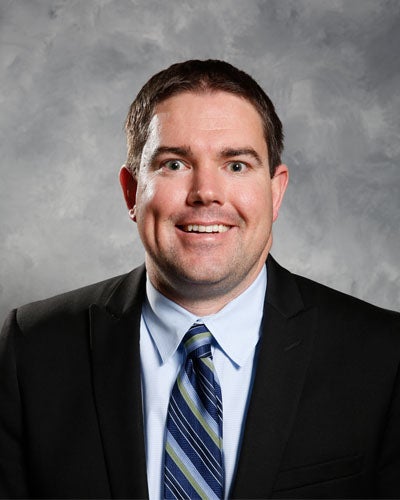 Entering his fifth season, Daniel is responsible for all of the in game entertainment you can find at a Barracuda game. His hockey career began while he was a student at the University of Oregon working as a jack-of-all-trades for the Eugene Generals, a Junior Tier 3 hockey club. Following his time with the Generals, Daniel began working community relations/game presentation for the San Francisco Bulls and later, he worked game presentation for the Stockton Thunder. Born and raised in San Diego, Daniel currently resides in Menlo Park with his wife and daughter.

Favorite Hockey Memory: During the 2016/2017 season when the Barracuda defeated the Stockton Heat in Game 5 of the Pacific Division Semifinals. Also, watching the Sharks win game 3 of the 2016 Stanley Cup Final when Joonas Donskoi scored in overtime.