Irvine, CA – The San Jose Barracuda (2-0) scored the first three goals of the game on Wednesday against the Colorado Eagles (1-1) at the FivePoint Arena and eventually rolled to a 5-1 win in the second single-elimination play-in game and will now advance to play the Henderson Silver Knights (Vegas Golden Knights) in a best-of-three divisional semifinal series beginning on Friday in Las Vegas.

• Nicolas Meloche finished with three points (1+2=3) as he scored an empty-netter, his first goal in Barracuda sweater, and first tally in 79 AHL games

• Krystof Hrabik made his AHL playoff debut, scoring his first two AHL goals in the win

• Max Letunov, who led the Barracuda with 12 goals in the regular season, netted his first AHL playoff goal as he opened up the scoring in the first

• Sampo Ranta led Colorado with seven shots, netting the Eagles only goal in the loss which came on the power-play in the second.

• Evan Weinger, who scored on Tuesday, picked up a helper and now has six points (3+3=6) in six career AHL playoff games

• Brinson and Steenn Pasichnuk each assisted on Gallant’s goal, for Steenn it was his first AHL assist, and it also marked the first time in which the two have been in on the same goal 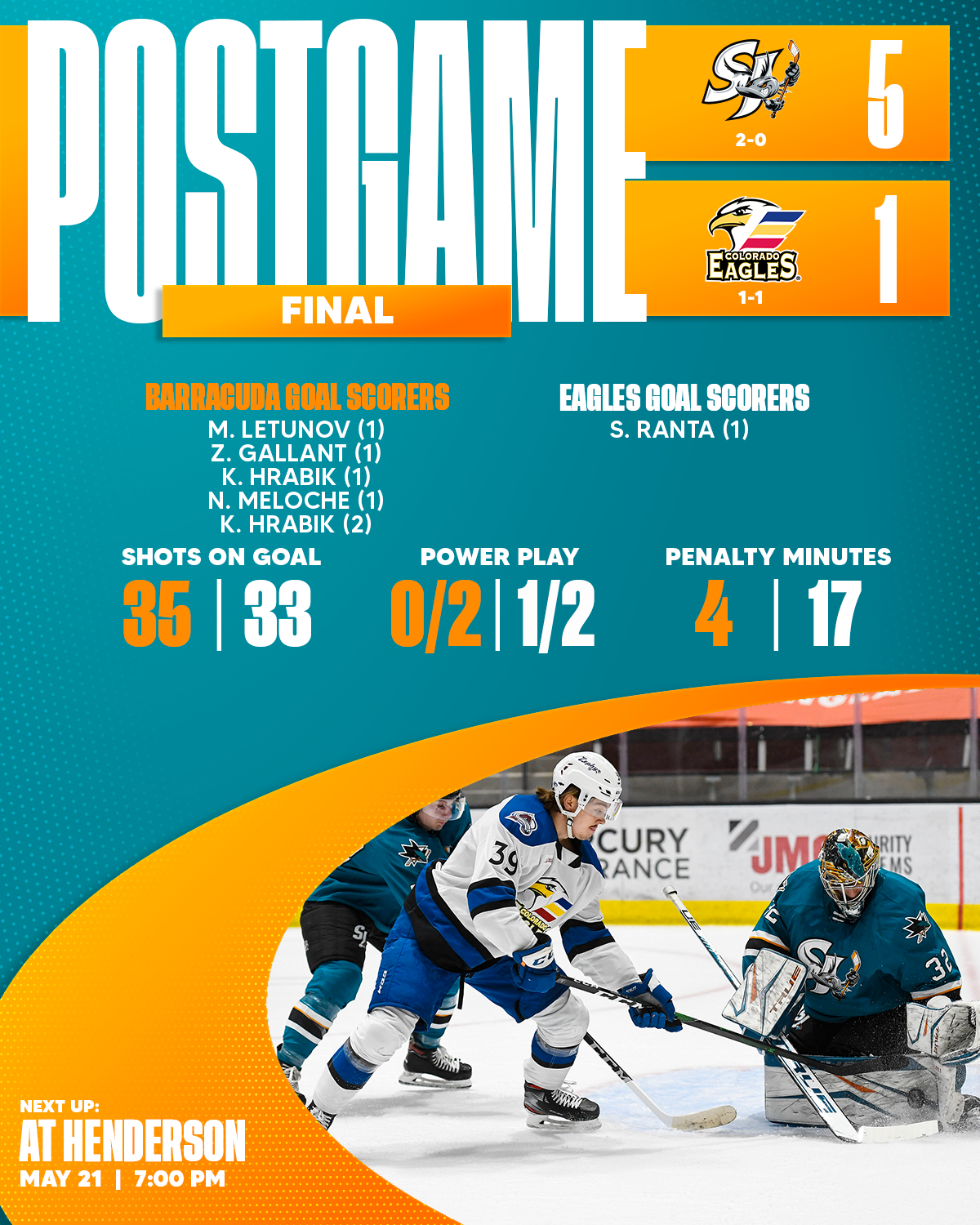