San Jose, CA – The San Jose Barracuda (5-4-4-0) never trailed on Tuesday at the SAP Center against the Bakersfield Condors (9-5-0-0) (Edmonton Oilers), but in overtime Luke Esposito extended the Condors winning streak to nine games as he beat Josef Korenar at 2:45.

• Josef Korenar (2-0-2) was brilliant on Tuesday, turning aside 34 Bakersfield shots, but took the hard-luck OT loss

• After the loss, the Barracuda are now 0-4 in overtime this season

• Ryan Merkley picked up an assist and now has six on the season, which places him tied for first among first-year AHL d-men

• Joachim Blichfeld (8) lit the lamp at 3:25 of the second period on the power-play, snapping Bakersfield’s 24-consecutive penalty-kill streak

• Sasha Chmelevski (2) netted his second of the year at 18:08 of the second period as Jeff Viel and Maxim Letunov each collected their first assists of the season on the goal 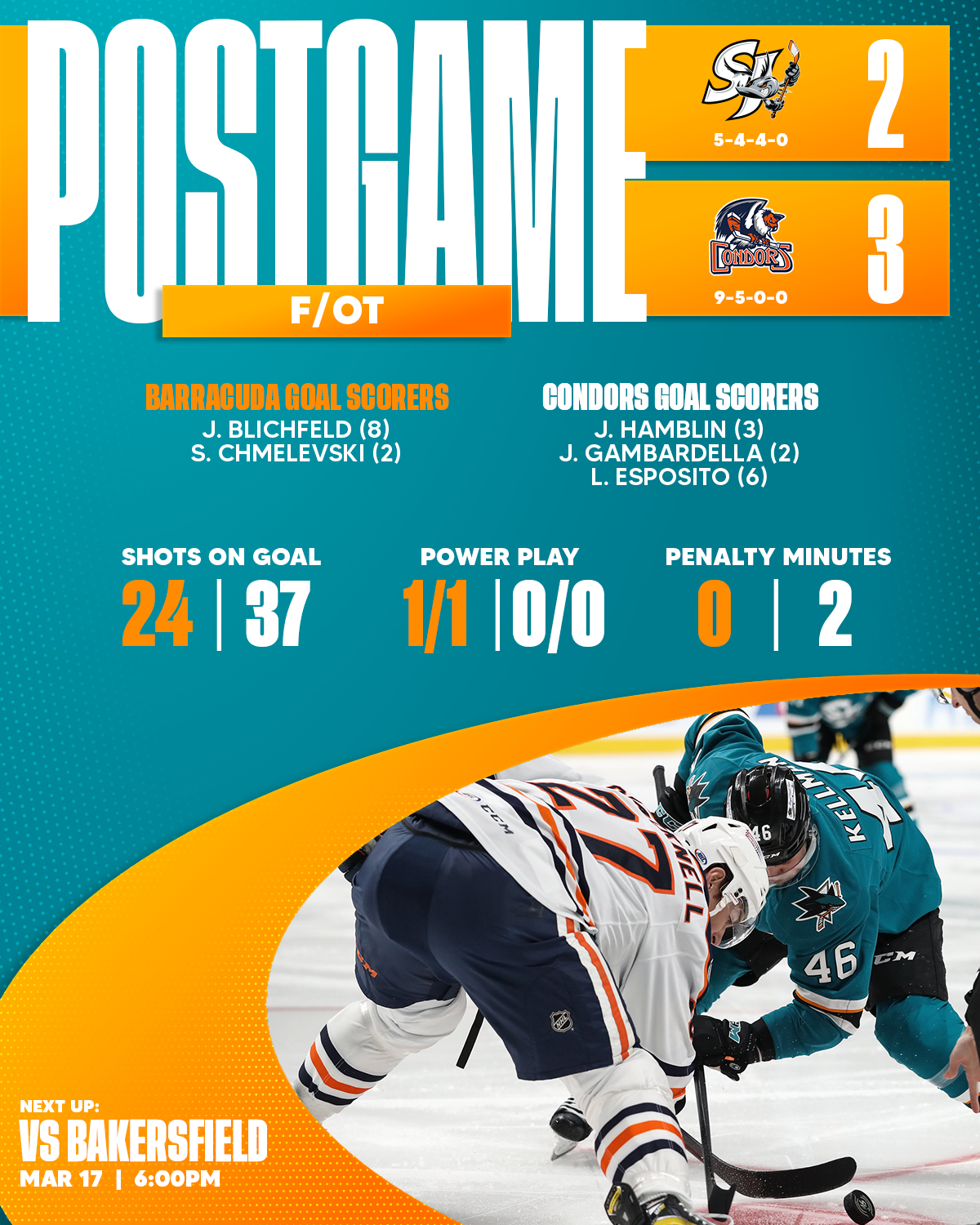