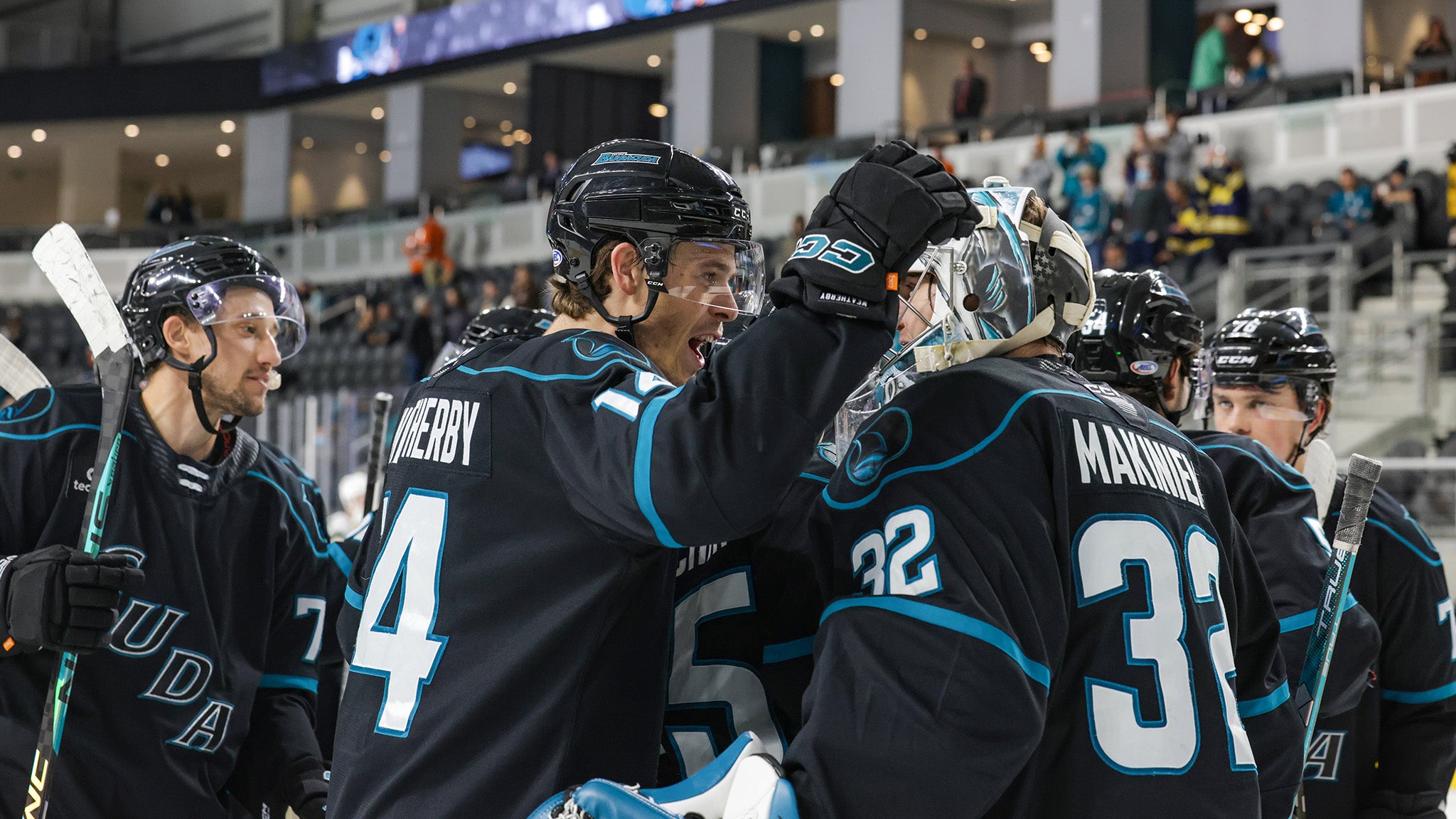 San Jose, CA – The San Jose Barracuda (4-0-0) overcame a 2-0 deficit on Sunday afternoon at Tech CU Arena as Eetu Mäkiniemi settled into the game after a pair of first-period goals, stopping the final 28 shots he faced after that point, and the Barracuda netted a goal in each period, downing the Henderson Silver Knights, 3-2. The win marks the first 4-0-0 start in franchise history.

The first period saw an early power-play within the opening two minutes for the Barracuda. However, a short-handed Jonas Rondbjerg (1) goal gave the Silver Knights a 1-0 lead at 3:15 as he steered in his own rebound on a partial breakaway. Henderson then took a 2-0 advantage when Sheldon Rempal (2) snapped one off the pipe and in on a two-on-one. With just over six minutes left in the period, the Barracuda finally settled into the game as rookie Thomas Bordeleau (3) slashed Henderson’s lead in half to make it 2-1 at 14:10.

In the second, Luke Johnson (2) would level the score on a breakaway with just over three minutes remaining in the period.

In the third, the Barracuda would take its first lead of the game as C.J. Suess (1) ripped a drop-pass in from the slot over the glove of Michael Hutchinson at 11:12. Mäkiniemi (2-0-0-0) make 16 saves in the third to pick up the win, his eighth in a row in the AHL.

The Barracuda finished the game 4-for-4 on the penalty kill and have now successfully killed off 18 straight on the PK to begin the year.