Irvine, CA – The San Jose Barracuda (7-7-4-1) twice led by a goal on Saturday against the San Diego Gulls (Anaheim Ducks) (15-10-0-0) at the FivePoint Arena in Irvine, but wound up giving up six consecutive goals including three on the power-play in the game’s final 20 minutes and 22 seconds, falling 7-3.

• Andrew Poturalski collected a pair of assists and now leads the AHL with 25 points, 20 assists and 8 power-play assists

• Lean Bergmann’s two assists were the forwards first points in 14 games and marked his first multi-point game since Dec. 29, 2019 vs. Bakersfield

• Keegan Lowe’s early goal in the third, snapped a 21-game goalless drought for the Gulls defenseman and was his 100th AHL point of his career 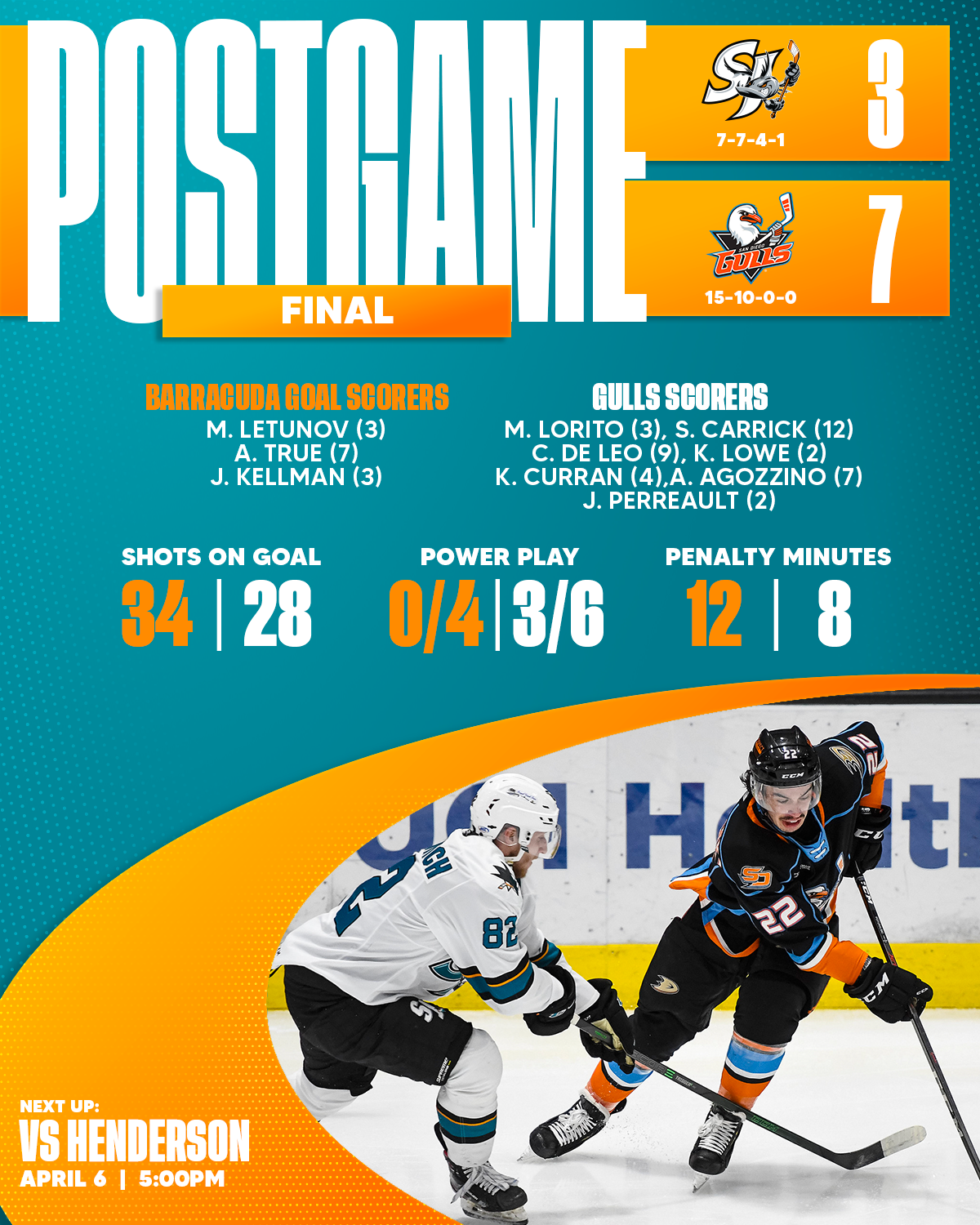