BARRACUDA DOWN CANUCKS 3-2 IN SHOOTOUT

Abbotsford, B.C. – The San Jose Barracuda (4-4-1-0) fell into a pair of one-goal deficits on Sunday at the Abbotsford Centre but managed to come back twice before winning 3-2 in a shootout over the Abbotsford Canucks (4-4-2-1).

• After the win, the Barracuda are now 3-4 when trailing after 40 minutes this season.

• In the third, the Barracuda outshot the Canucks 13-1 and managed to level the game at 2-2 on a Noah Gregor (4) goal. For Gregor, who missed Friday’s game, the tally extended his point streak to a career-best six games (4+5=9).

• Alexei Melnichuk (2-3-1) made 20 saves, including three in overtime, and turned all five shooters aside in the shootout to earn his second win of the year.

• Sasha Chmelevski scored the only goal of the shootout in the top of the fifth round and is now one-for-two lifetime in shootouts.

• The Barracuda went a perfect six-for-six on the PK, the first time this season in which the team didn’t surrender a power-play goal.

The Barracuda return to the SAP Center to take on the Bakersfield Condors on Wednesday at 7 p.m., marking the first game of a three-game homestand. A reminder, all Friday home games this season will feature $1 hot dogs and for all Saturday home games, the Barracuda will be offering $3 beers. For tickets go to SJBarracuda.com/tickets. 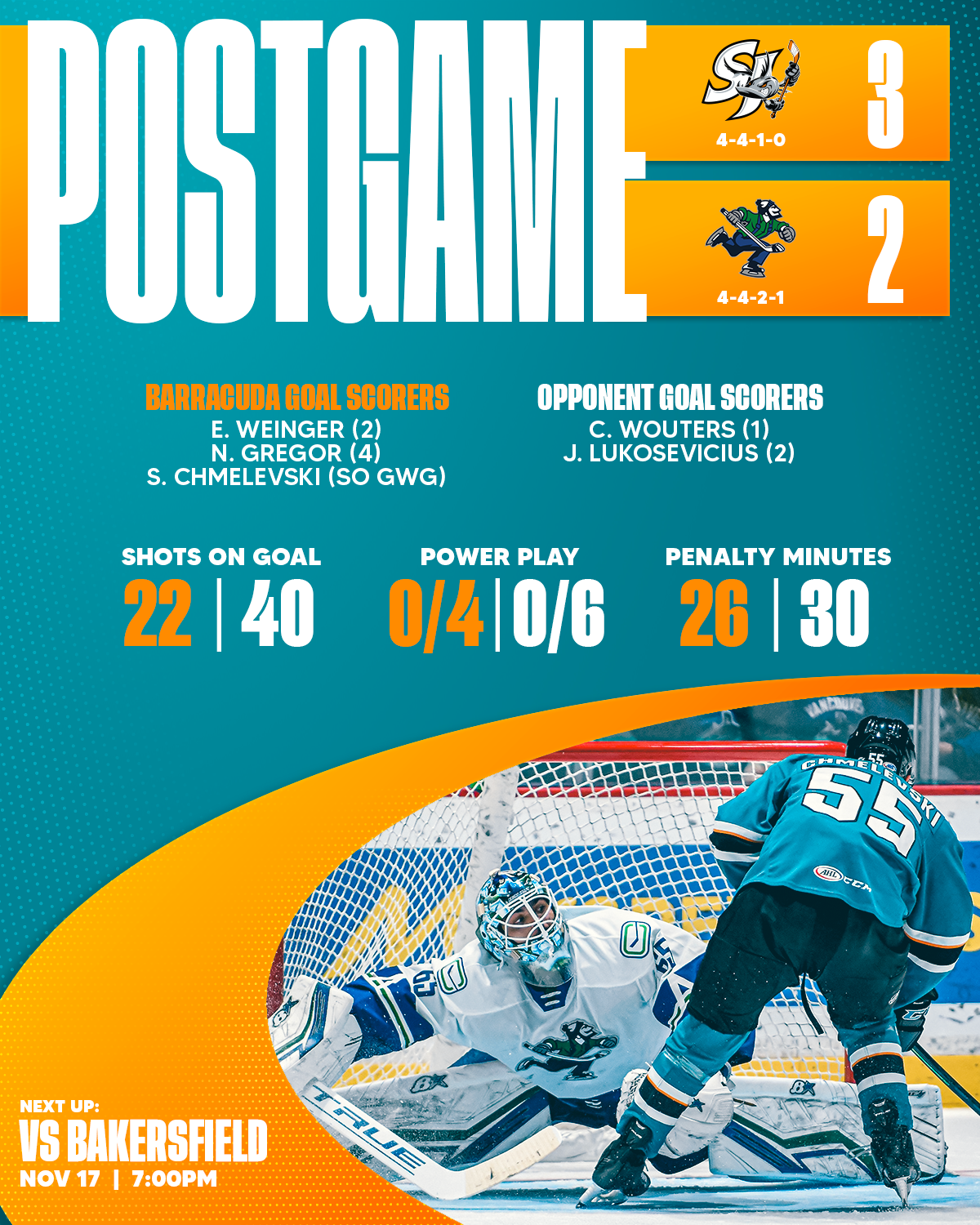