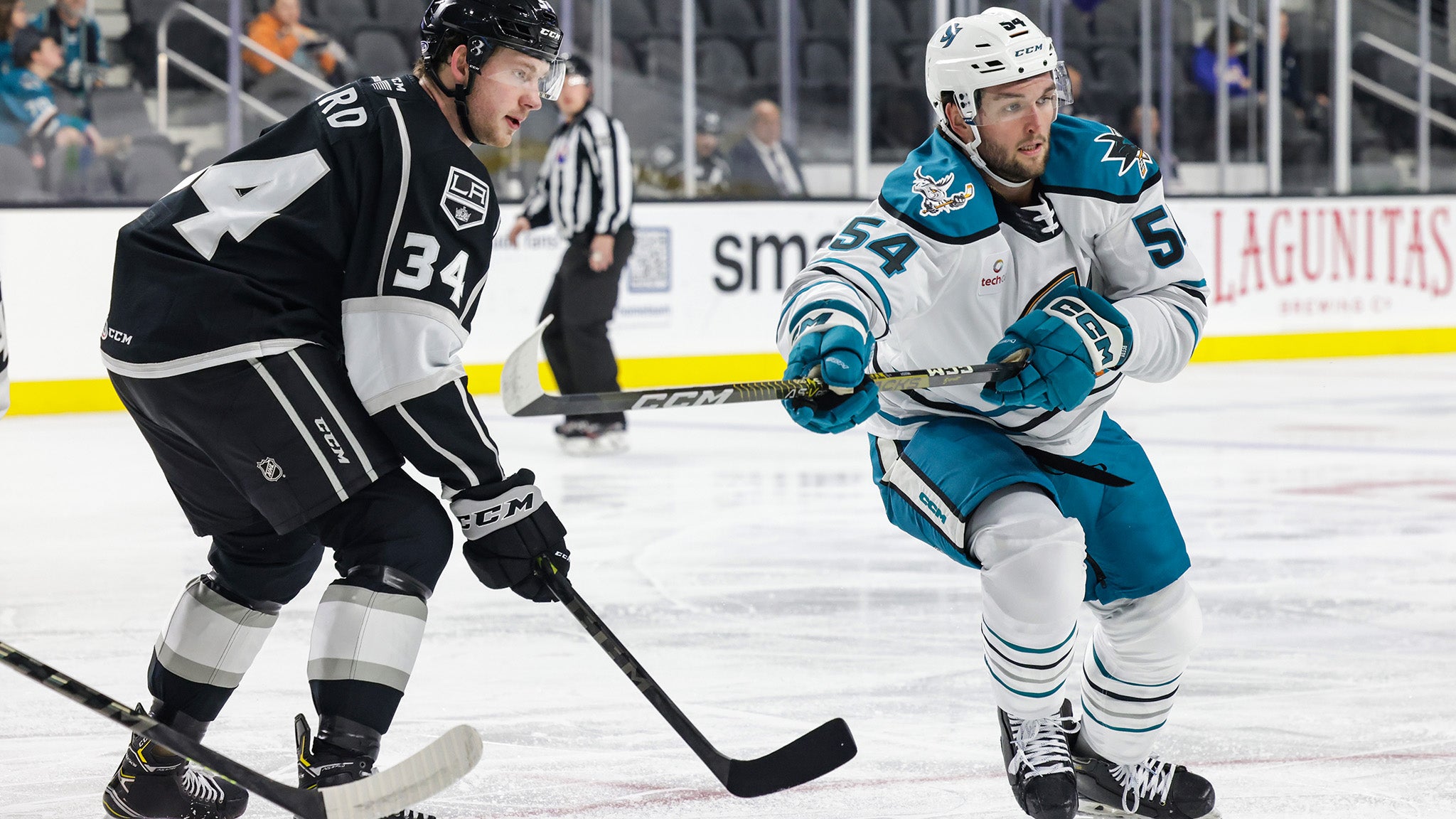 It would take only 54 seconds for Rasmus Kupari (3) to find the back of the net for the Reign as he snapped a shot over the catching mitt of Strauss Mann. The Barracuda would hunker down defensively in the first after that point, killing off three Ontario power-plays, while Mann turned aside 11 shots.

In the second, with just over ten minutes remaining in the period, Taylor Ward (2) would bury his second of the year as the Barracuda got stuck in the defensive zone for an extended period of time and could not clear their own end. Later in the period, Thomas Bordeleau (4) would cut the lead in half on the power-play, his third goal in as many games.

Despite outshooting the Reign nine-to-six in the third, San Jose failed to get the equalizer as Pheonix Copley closed the door on a comeback attempt.

Despite the loss, the Barracuda went six-for-six on the penalty kill and are now 24-for-24 to start the year on PK.