Ontario, CA – The San Jose Barracuda (14-22-1-0) scored 40 seconds into the game on Wednesday at the Toyota Arena but would give up eight goals on the night, including three to Jaret Anderson-Dolan, in an eventual, 8-5, loss to the Ontario Reign.

• Jaret Anderson-Dolan (12, 13, 14) notched his first pro hat-trick in the win for the Reign. The hat-trick against was the third given up by the Barracuda this season, the 13th all-time, and the second against Ontario.

• Jayden Halbgewachs (9, 10) netted a pair of goals in the loss, snapping a 10-game goalless drought.

• John Leonard (9) scored 40 seconds into the game, his seventh goal in the month of January.

• Nine different skaters for Ontario picked up multiple points including Samuel Fagemo (12, 13) who potted a pair of goals.

• Reign rookie d-man Jordan Spence made it points in 12-straight games (2+13=15) by collecting a power-play assist.

• After the loss, the Barracuda are now 0-4 against the Reign and have been outscored 26-11.

The Barracuda are back on the ice on Wednesday in Las Vegas at the Orleans Arena for the first of consecutive games against the Henderson Silver Knights. The team returns back to the SAP Center on Feb.16 against the San Diego Gulls. For tickets and more information visit sjbarracuda.com. 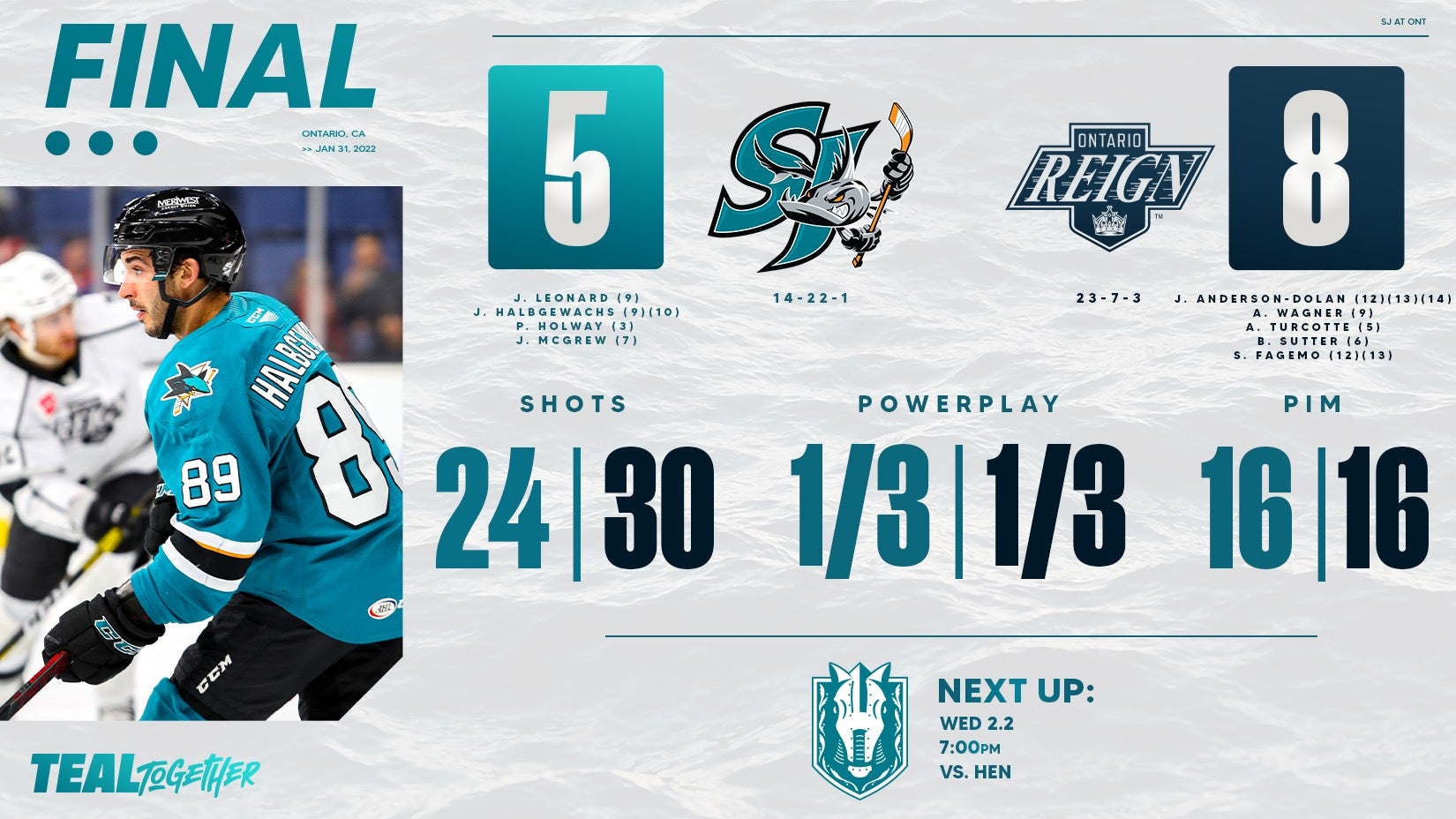