BARRACUDA EARN FIRST WIN OF THE YEAR WITH THIRD-PERIOD COMEBACK

Loveland, CO – The San Jose Barracuda (1-1-0-0) trailed three times on Friday at the Budweiser Events Center but managed to score twice in the third period to earn a 5-4 win over the Colorado Eagles (0-2-1-0).

• The Eagles netted their fifth power-play goal of the year and are now 5/16 on the season. Colorado also added a shorthanded goal.

• After not scoring in the team’s opener on Sunday, five different Barracuda skaters found the back of the net on Friday. 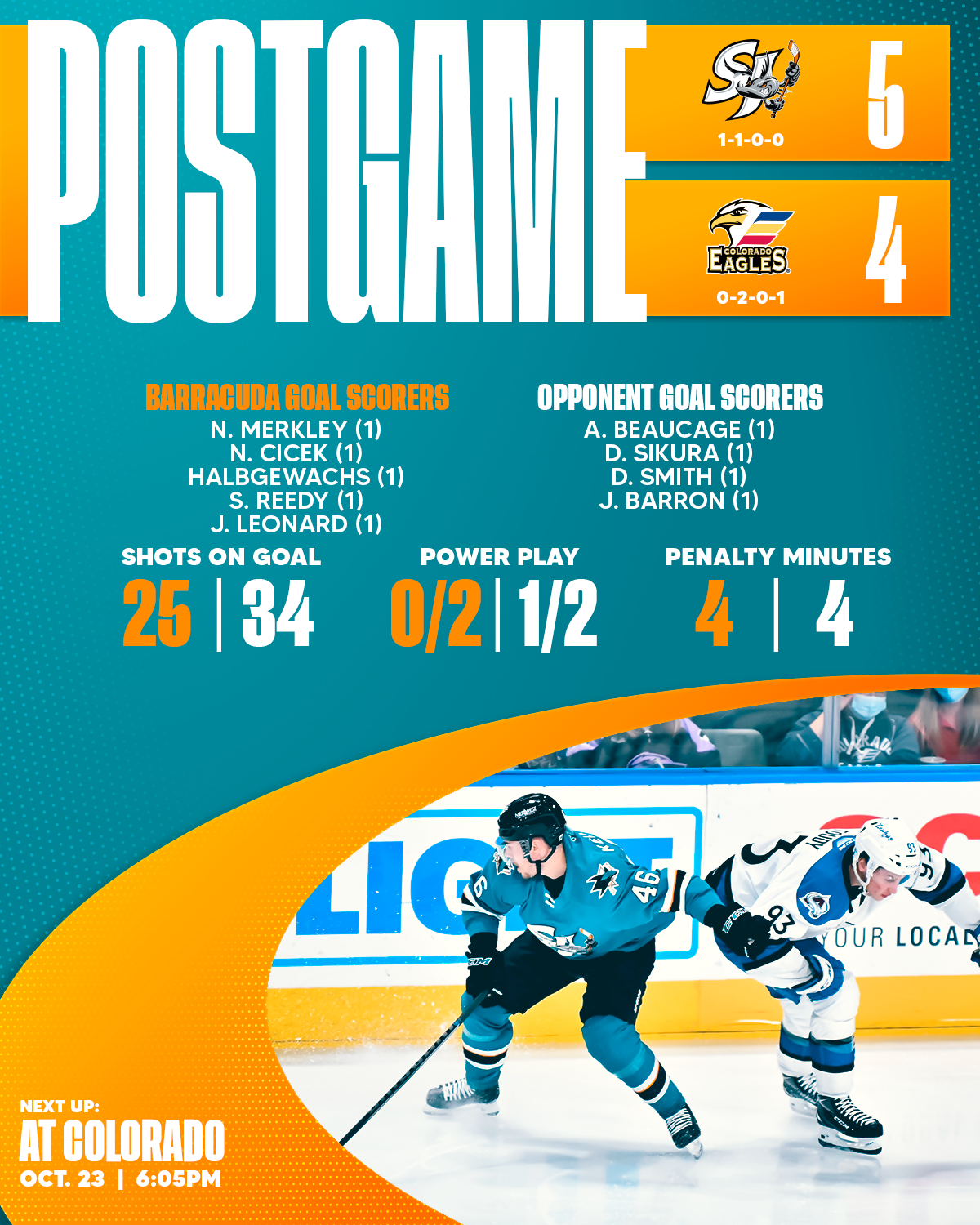