• Alexei Melnichuk (2-4-3) took the hard-luck shootout loss, giving up one goal on 26 shots

• Jake McGrew (2) netted his second of the season, snapping a nine-game goalless drought

• In his first game back since missing 19 with injury, Reid Duke (3) tied the game on the power-play for his third of the year

• Scott Reedy, in his pro debut, scored in round two of the shootout

• By earning a point, the Barracuda are now 5-0-1-1 in their last seven home games

• After Tuesday's shootout loss, the Barracuda are now 0-6 when the game goes beyond 60 minutes 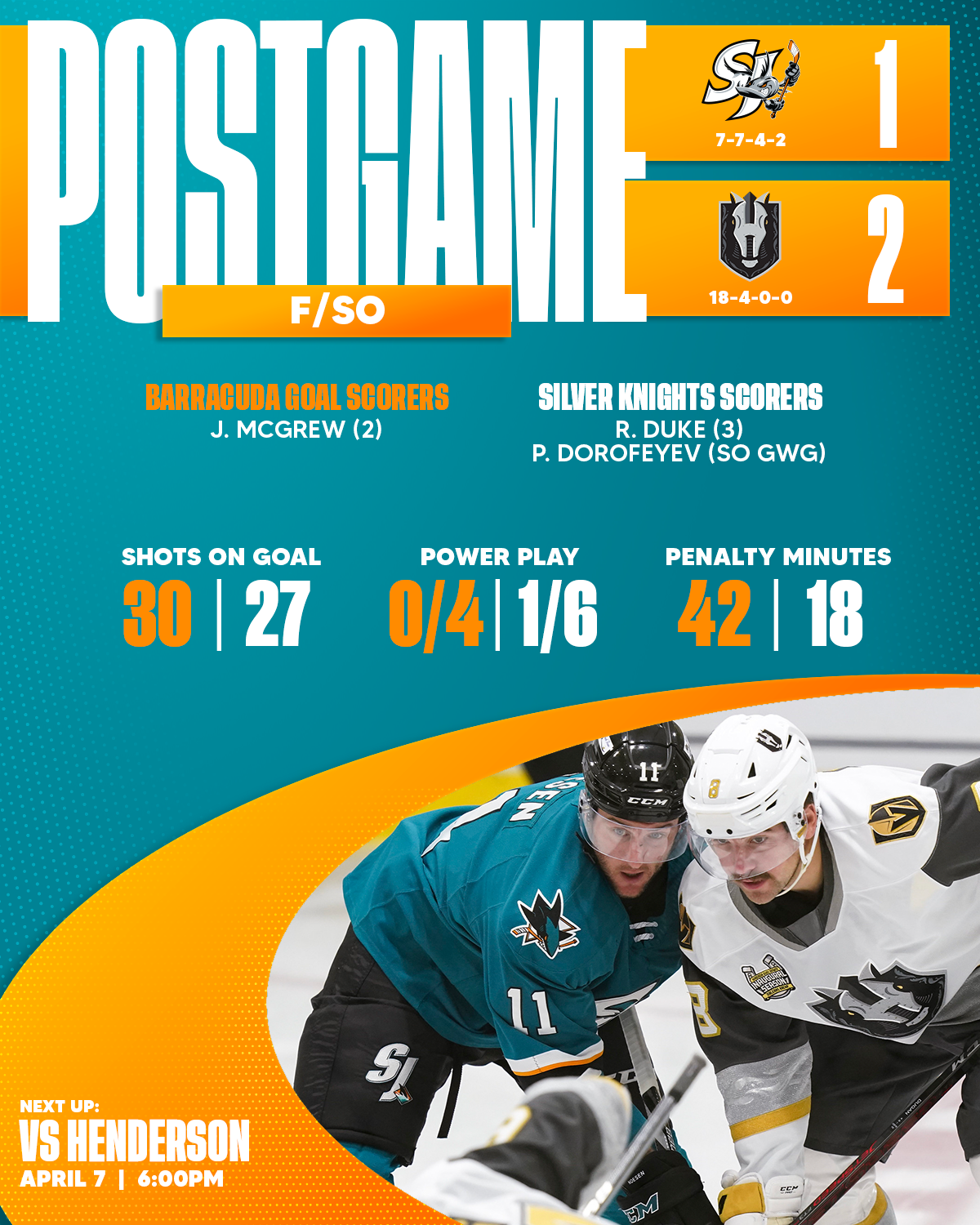