Tucson, AZ – The San Jose Barracuda kicked off the 2021 season as the home team in Tucson on Sunday at the Tucson Convention Center, falling 2-1 to the Roadrunners in overtime.

·     The Barracuda finished the game three-for-three on the PK

·     Eight players made their AHL debuts on Sunday for the Barracuda, including Sharks’ 2020 draftees Ozzy Wiesblatt and Tristen Robins

·     The two teams will play again on Monday in Tucson, with the Barracuda serving as the home team 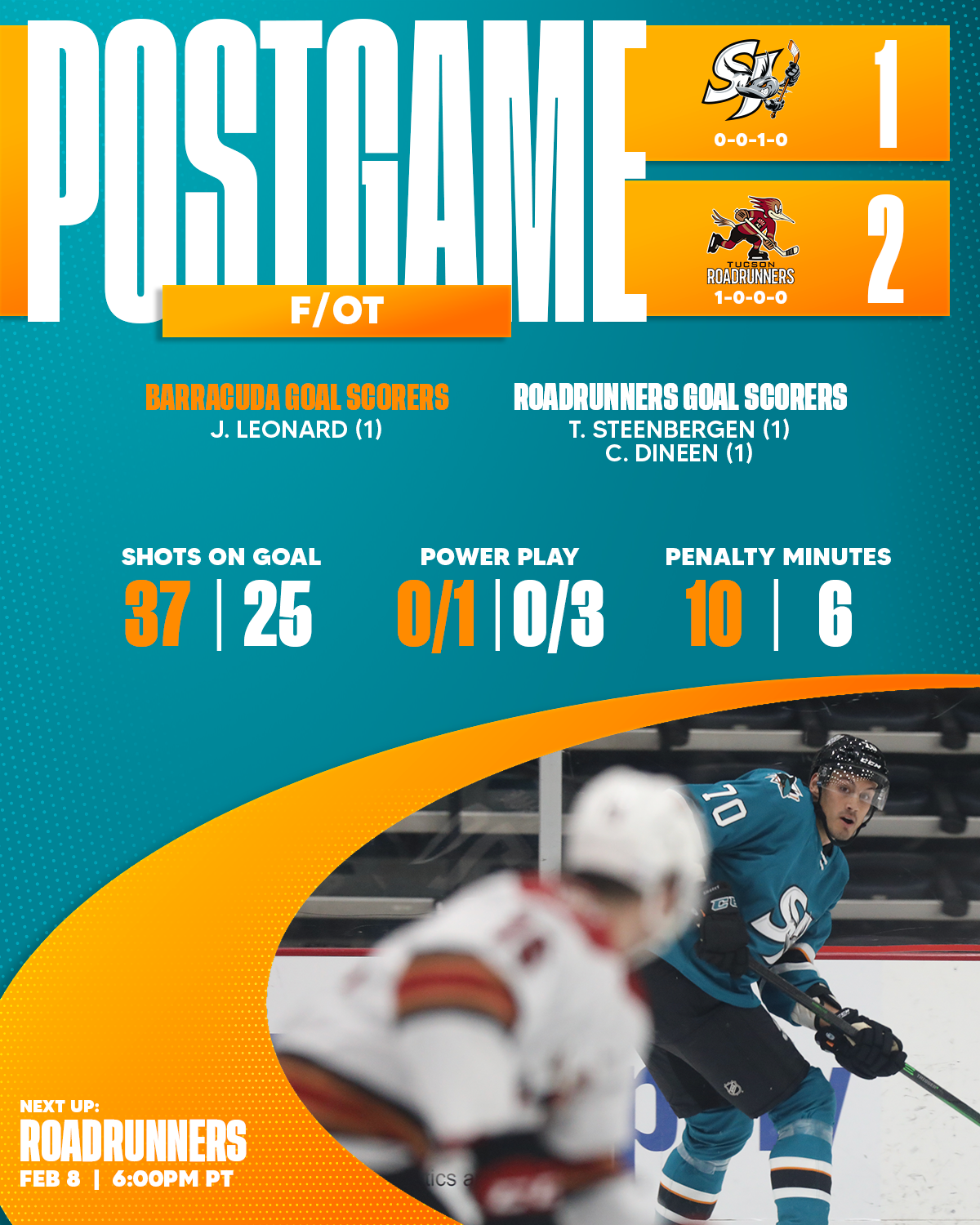 "As a kid you dream of playing pro hockey one day and for it to be here, it's awesome." - @SanJoseSharks 2020 first-round pick @ozzywiesblatt on making his pro debut on Sunday for the #SJBarracuda 🎥 pic.twitter.com/b034R6otEM