• Nick Merkley on the man-advantage, scored his second goal of the season, and added an assist and now leads the Barracuda in points (2+3=5).

• Nicolas Meloche lit the lamp in the first, snapping a 73-game goalless drought in the process. Meloche’s last regular-season goal came on March 3, 2019, as a member of the Eagles.

• Kiefer Sherwood scored twice, including the OT winner, and now leads the AHL in points (6+3=9) and is tied for first in goals.

• The Barracuda took a season-high eight minor penalties and killed off Colorado’s final six man-advantages. The Eagles have now scored in each game this season on the power-play (9/29=31%)

• The Barracuda scored twice on the power-play and have four PP goals over the last two games, after beginning the season 0-for-7.

• John Leonard netted his second goal of the year, at the time giving the Barracuda 3-2 lead in the third.

The San Jose Barracuda return to the ice on Sunday (Halloween) to take on the Stockton Heat at 5 p.m. at the Stockton Arena in the first meeting against the Flames affiliate this season. The two teams will then run it back on Wednesday at the SAP Center, beginning at 7 p.m. Wednesday’s game is the first of a three-game home stand. Tickets start at just $10 and can be purchased at SJBarracuda.com/tickets. 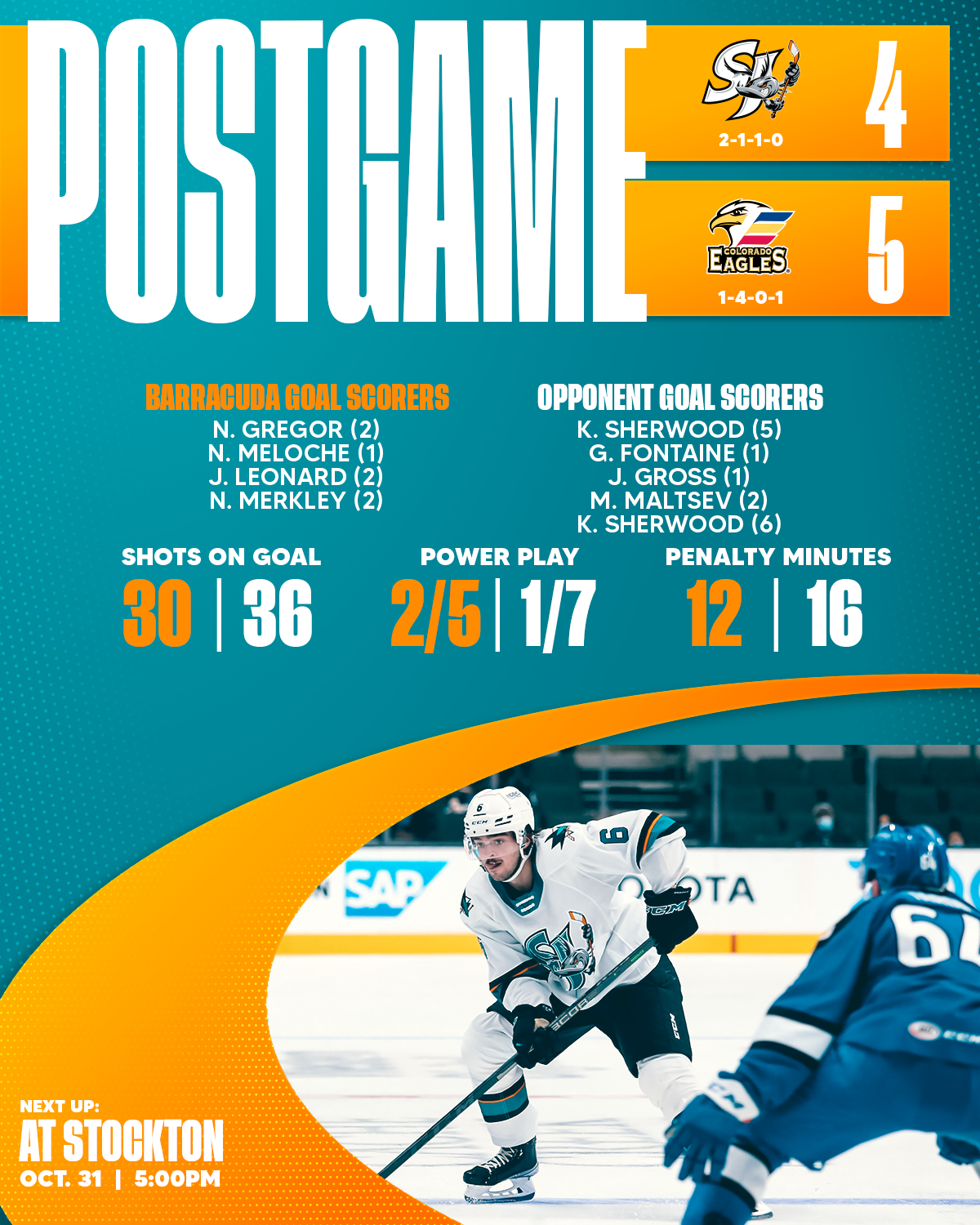