San Jose, CA – After nearly a full two-week layoff, the Barracuda (2-2-1-0) finally returned to the ice on Saturday, only to fall into a three-goal deficit after 20 minutes. But in the second, the team would reel off four-straight goals before adding two empty-netters late in the third to seal the 6-3 win over the Ontario Reign (LA Kings) (1-7-1-0) at Solar4America Ice at San Jose.

• Kurtis Gabriel (1), in his Barracuda debut, collected a Gordie Howe hat-trick as he scored, fought, and added an assist in Saturday’s victory. Gabriel also put a team-best nine shots on net and his goal turned out to be the GWG

• Fredrick Handemark (1, 2) collected his first two goals of his AHL career and added an assist. Handemark scored San Jose’s first and sixth tallies of the night

• Joachim Blichfeld (4) netted his team-leading fourth of the year, extending his point streak to four games (4G, 3A)

• Joel Kellman (1) scored and added an assist and now has points in three-straight games (1G, 4A). For Kellman, Saturday was his fifth multi-point game of his AHL career

• Antti Suomela (1) potted an empty-netter for his first of the year, extending his point streak to four games (1G, 3A)

• After giving up three goals on 14 Ontario shots in the first, Josef Korenar (1-0-0-0) earned the win on Saturday in his season debut, stopping all 22 shots he faced in the game’s final 40 minutes

• Jeff Viel dropped the mitts for his first fighting major of 2021, and also put a team-best nine shots on net 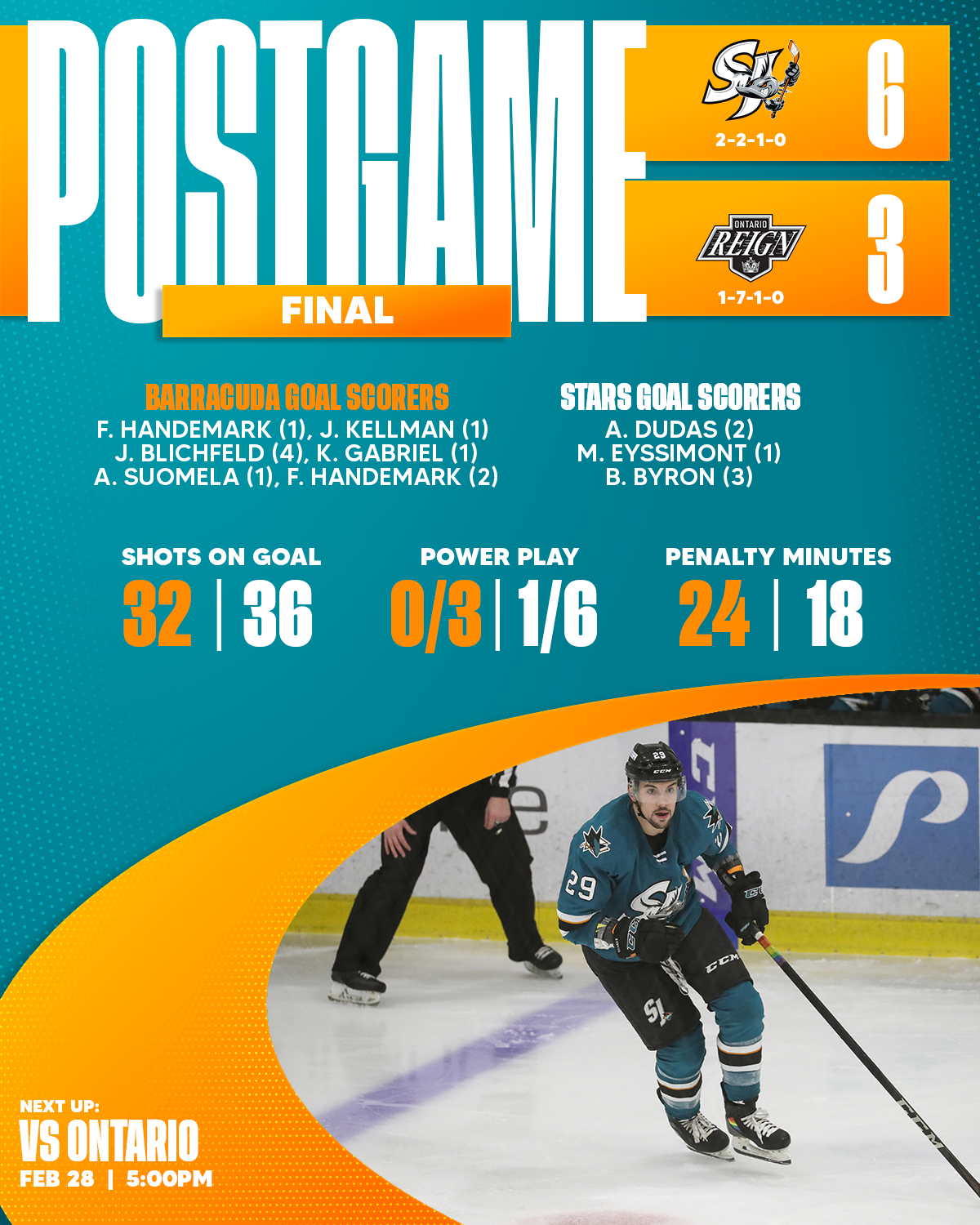