BARRACUDA ERASE TWO-GOAL DEFICIT TO TURN OFF THE KNIGHTS

• Maxim Letunov (4, 5) scored twice on Wednesday, including the game-winner on the power-play, for his first two-goal game since Jan. 31, 2020 and the second of his career

• Sasha Chmelevski (3) picked up the tying goal at 11:40 of the third, snapping a seven-game goalless drought

• Nicolas Meloche picked up a pair of assists, his fifth career multi-assist effort and first since Feb. 5, 2020

• Before Wednesday, the Silver Knights were 13-0-0-0 this season when leading after 40 minutes 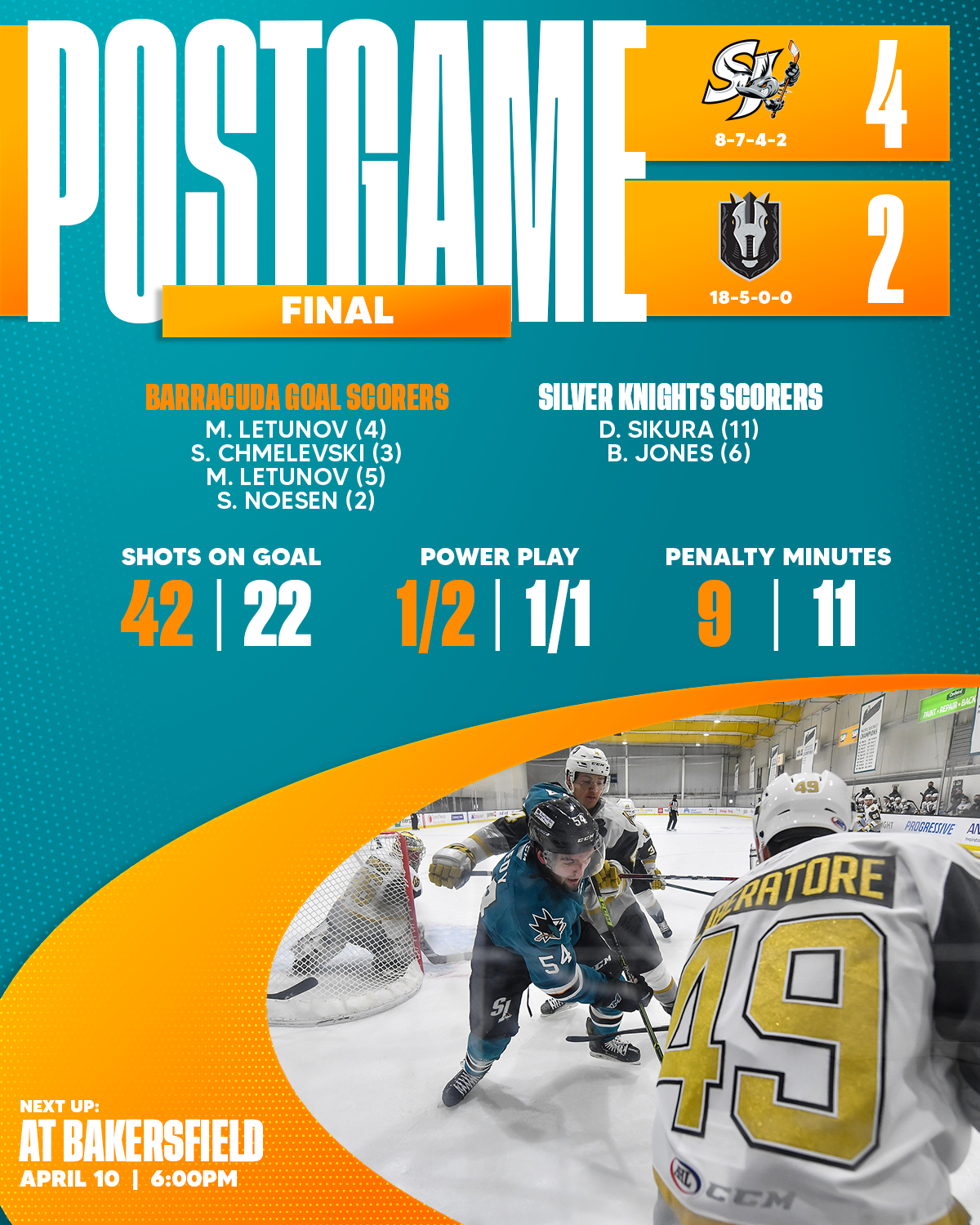