BARRACUDA EXPLODE FOR 10 GOALS, DOWN EAGLES 10-5

·        The Barracuda scored two shorthanded goals, marking the fifth time in franchise history in which they’ve done that. The team has now scored three shorthanded goals in the last two games.

·        The 10 goals for and 15 combined goals were the most ever scored in a game that the Barracuda have been involved in.

·        The five second-period goals were the most by San Jose the this year, and matched the most scored in a period by the Barracuda in franchise history.

·        Patrick Holway recorded his first AHL point with an assist on Blichfeld’s goal. The rookie d-man signed a PTO on Saturday.

·        Adam Raska netted a shorthanded goal, his second goal in his last three games. The rookie forward also added an assist for his first two-point game of his career.

·        Cole Moberg also snapped in his first of year, coming shorthanded in the second period.

The Barracuda return to action on Fri. Dec. 17 at 7:00 p.m. against the Ontario Reign at the Toyota Arena. 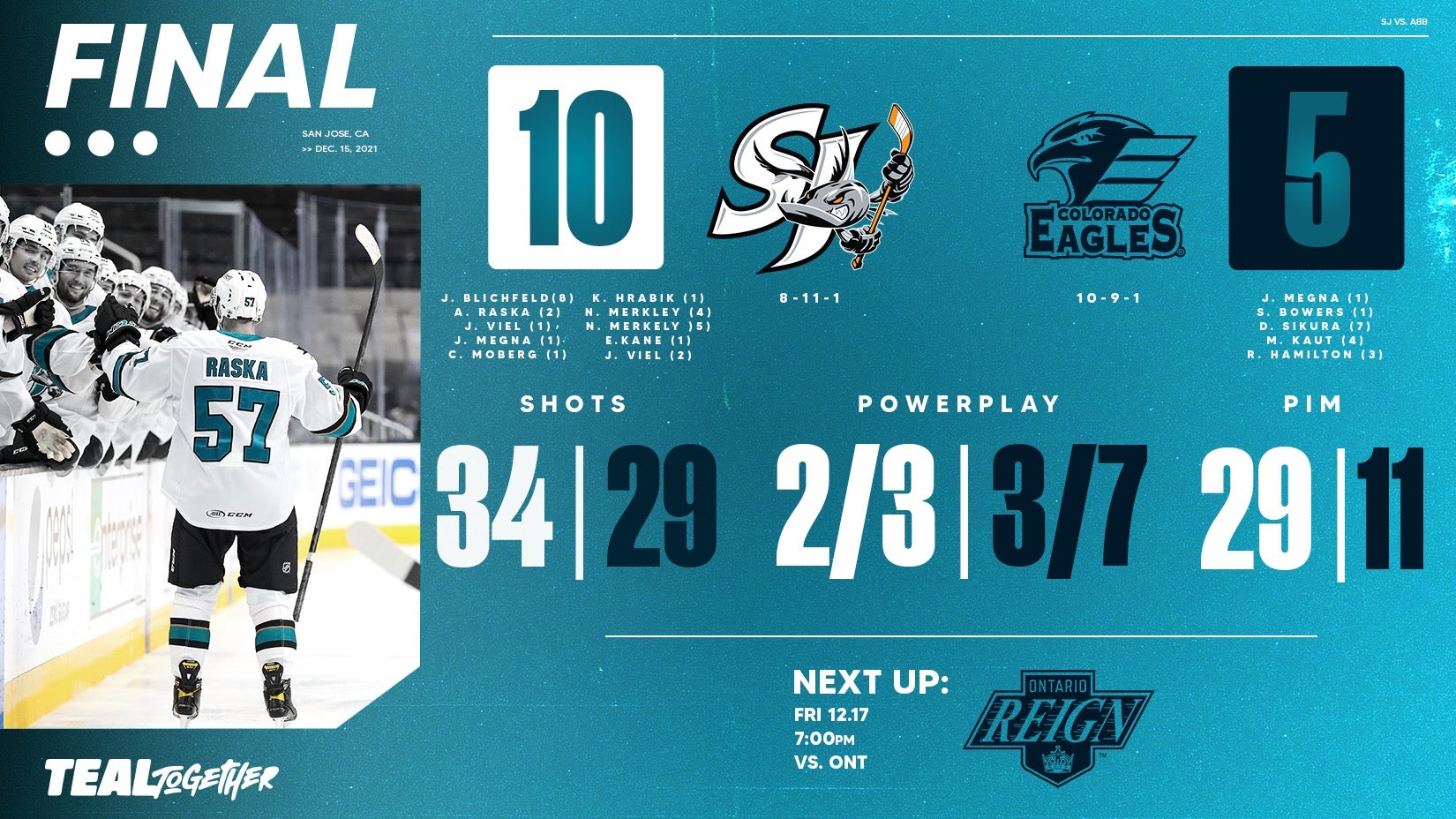