Las Vegas, NV – The San Jose Barracuda (0-1) mustered just 23 shots on Friday and could only get one goal past Logan Thompson, eventually falling 4-1 to the Henderson Silver Knights (1-0) at the Orleans Arena in game one of the best-of-three Pacific Division semifinal.

• Jack Dugan (1, 2, 3) opened up the scoring for the Silver Knights and then netted a pair of empty-netters to complete the hat trick

• Pavel Dorofeyev (1) scored the game-winning goal, his fifth career goal against San Jose and his first of his playoff career

• Jayden Halbgewachs (1) scored the Barracuda’s only goal, his first of the playoffs, and second of his playoff career 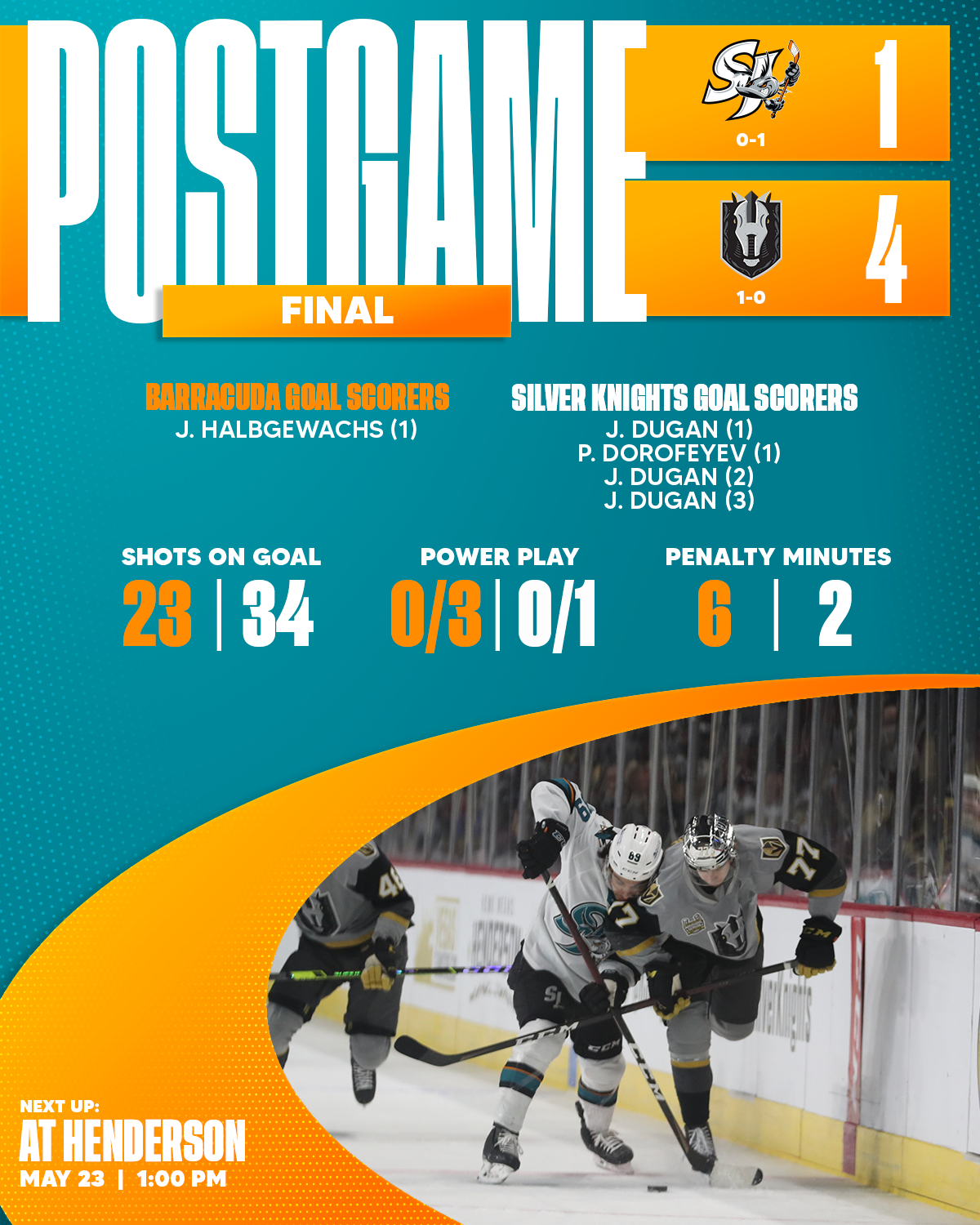