San Jose, CA – The San Jose Barracuda (15-13-4-2) entered Monday’s game at Solar4America Ice at San Jose having won their last three-straight against the Bakersfield Condors (Edmonton Oilers) (21-12-0-1) on home ice but goals by Cooper Marody and Brad Malone in the third proved too much to overcome as the Condors wrapped up the 10-game season series with at 5-3 win.

• Stuart Skinner (18-7-1), the AHL’s CCM/Goalie of the Month for March, stopped 35 shots to pick up his AHL-leading 18th win, finishing the season with a 7-1 record against the Barracuda

• Brad Malone (8, 9) picked up four points (3+1=4) in Bakersfield’s last outing on Wednesday and potted two more goals on Monday, including his second shorthanded goal in as many games

• Sasha Chmelevksi, who like Kellman had seven points (3+4=7) over a two-game span last week, collected two more points (1+1=2) on Monday and now has nine points over his last four games and co-leads the team with four power-play goals (4) 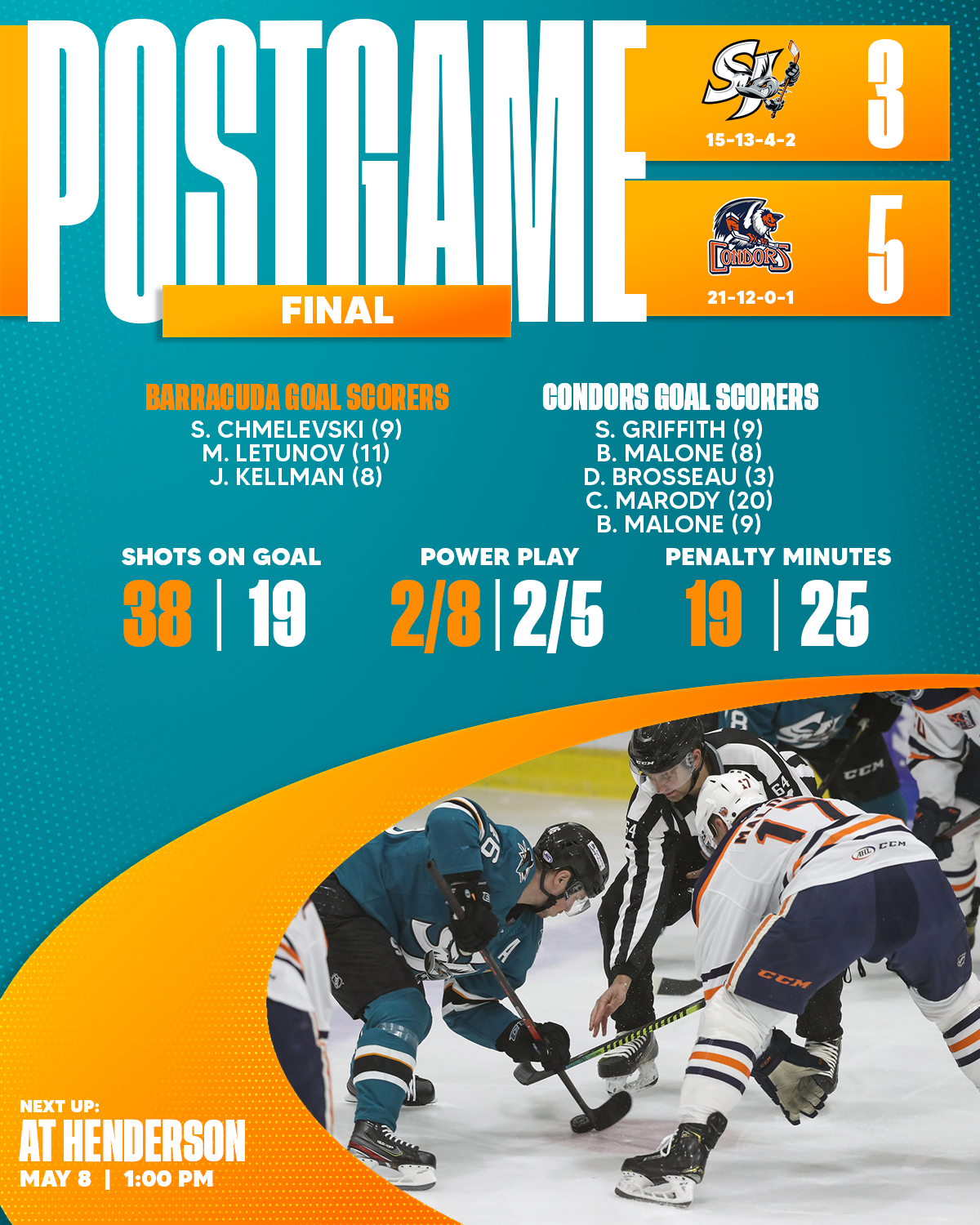