Las Vegas, NV – The San Jose Barracuda (15-15-4-2) fell into a two-goal deficit on Tuesday night at the Orleans Arena and couldn’t dig themselves out, falling 3-1 to the Henderson Silver Knights (24-12-0-0) (Vegas Golden Knights) in their regular-season finale.

• Former Sharks prospect Danny O’Regan picked up a goal and an assist, extending his point streak to four games (4+3=7)

• The Barracuda will take part in a single elimination play-in to determine the fourth seed in the Pacific Division on May 18 in Irvine, Calif. 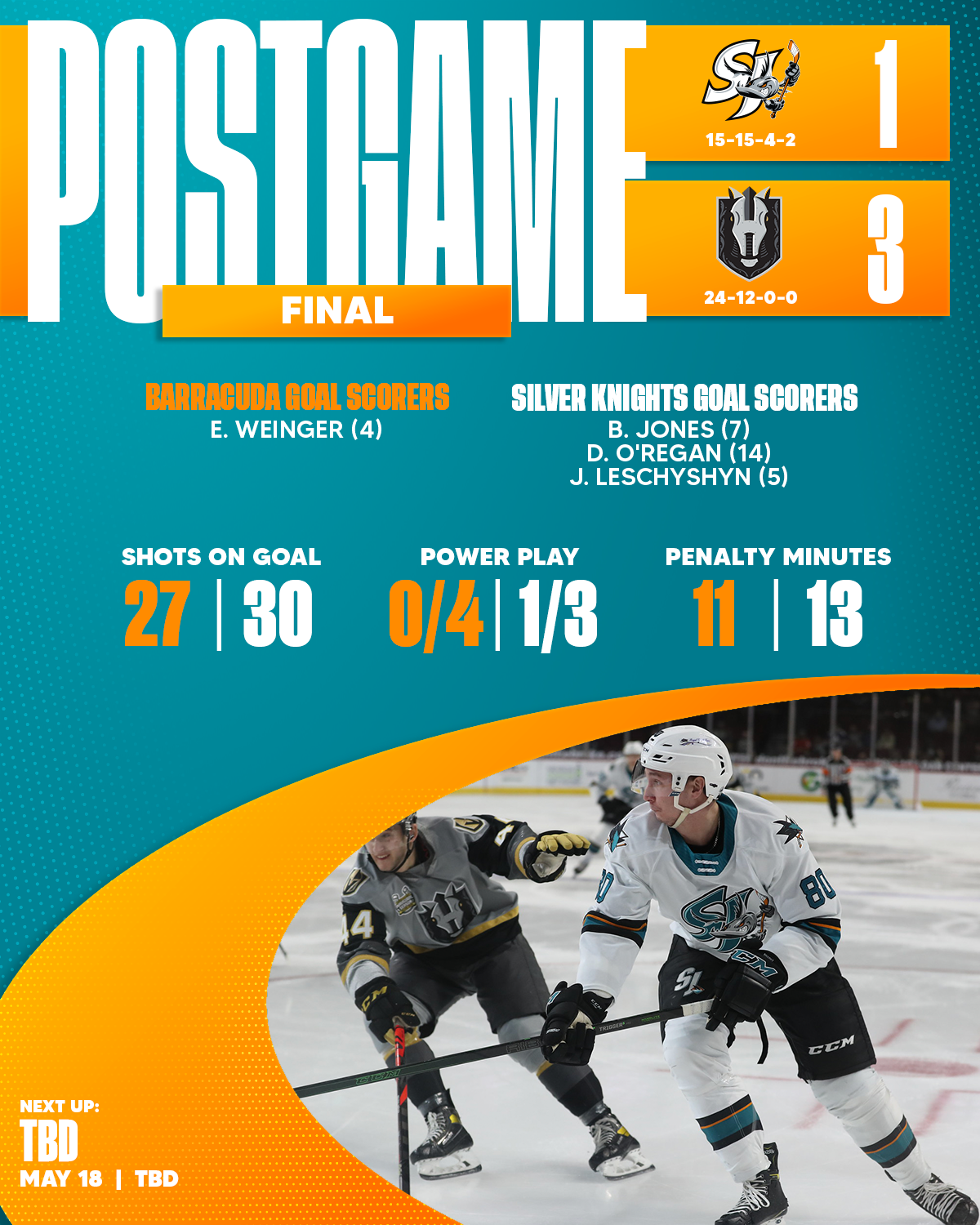