Bakersfield, CA – The San Jose Barracuda (5-4-2-0) allowed a pair of first-period goals on Friday and never could manage to come back, falling to the Bakersfield Condors (9-6-0-0) (Edmonton Oilers), 4-1, at the Mechanics Bank Arena. The win was the Condors' seventh-straight, which matches the Stockton Heat for the longest current streak in the AHL.

• After the shutout first period, the Condors have now outscored their opponents in the opening-20 minutes 13-to-0 during their winning streak and have scored the first goal in eight-consecutive games

• Alex True (3) scored his first goal in his last five games, wiping out Skinner’s shutout bid at 10:53 of the 3rd period 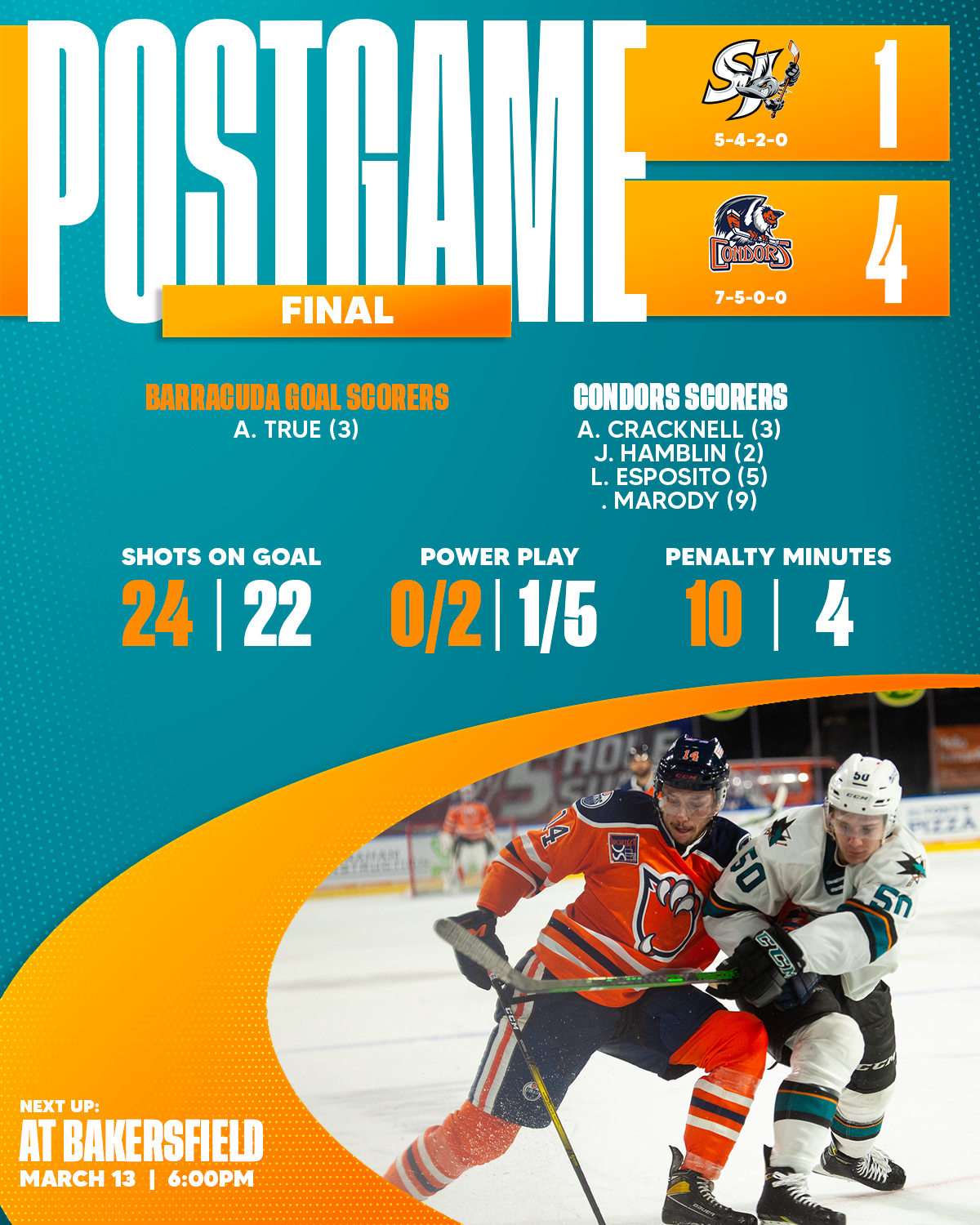