BARRACUDA GET BURNED BY HEAT, 3-2

The San Jose Barracuda (9-12-0-2) welcomed the Stockton Heat (16-5-1-2) (Calgary Flames) to the SAP Center on Saturday afternoon in the first leg of a #HockeyDayinSanJose doubleheader, looking to extend their point streak to four games. The Barracuda were able to draw within a goal in the third after falling into a two-goal deficit but couldn't tie the score and eventually fell 3-2. 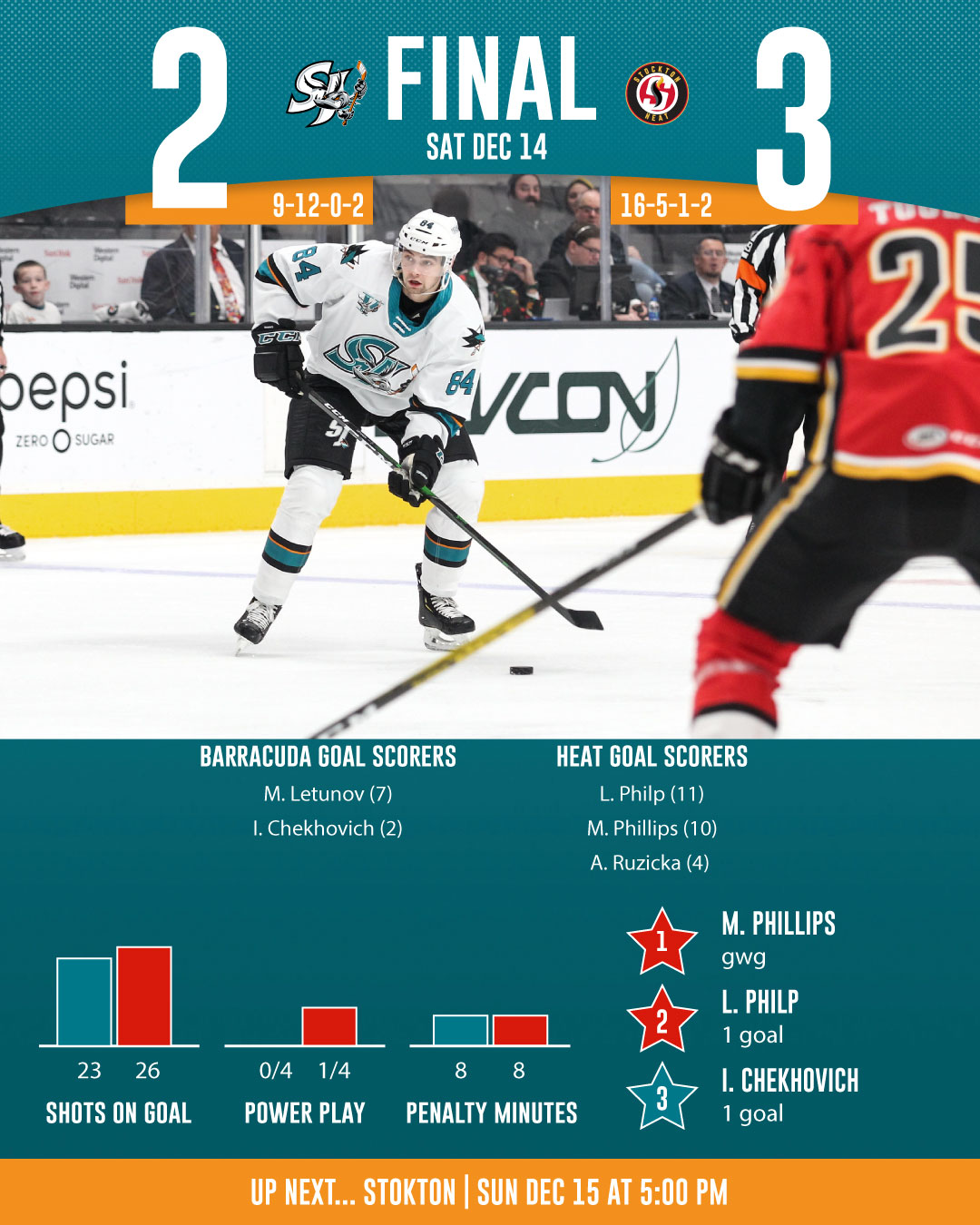