San Jose, CA – The San Jose Barracuda (6-4-4-0) were able to hold off the Bakersfield Condors (9-6-0-0) (Edmonton Oilers) on Wednesday at the SAP Center, 4-3, thanks to stellar netminding from Josef Korenar who made a season-high 37 saves. The win snapped a four-game losing streak to Bakersfield (0-2-2) and ended the Condors winning streak at nine games.

• Korenar (2-0-2) made multiple grade-A stops, including 17 saves in the second period to earn his first win against Bakersfield this season (1-0-2)

• Olivier Rodrigue got his first start since Feb. 12, suffering the loss (0-4) after allowing four goals on 25 Barracuda shots

• Joachim Blichfeld (9) lit the lamp at 11:24 of the third period, extending his goal streak to three consecutive games and now ranks second in the AHL in goals

• After the victory, the Barracuda are now 4-0-1 over their last five home games

• Nicolas Meloche collected his first point (assist) of the season 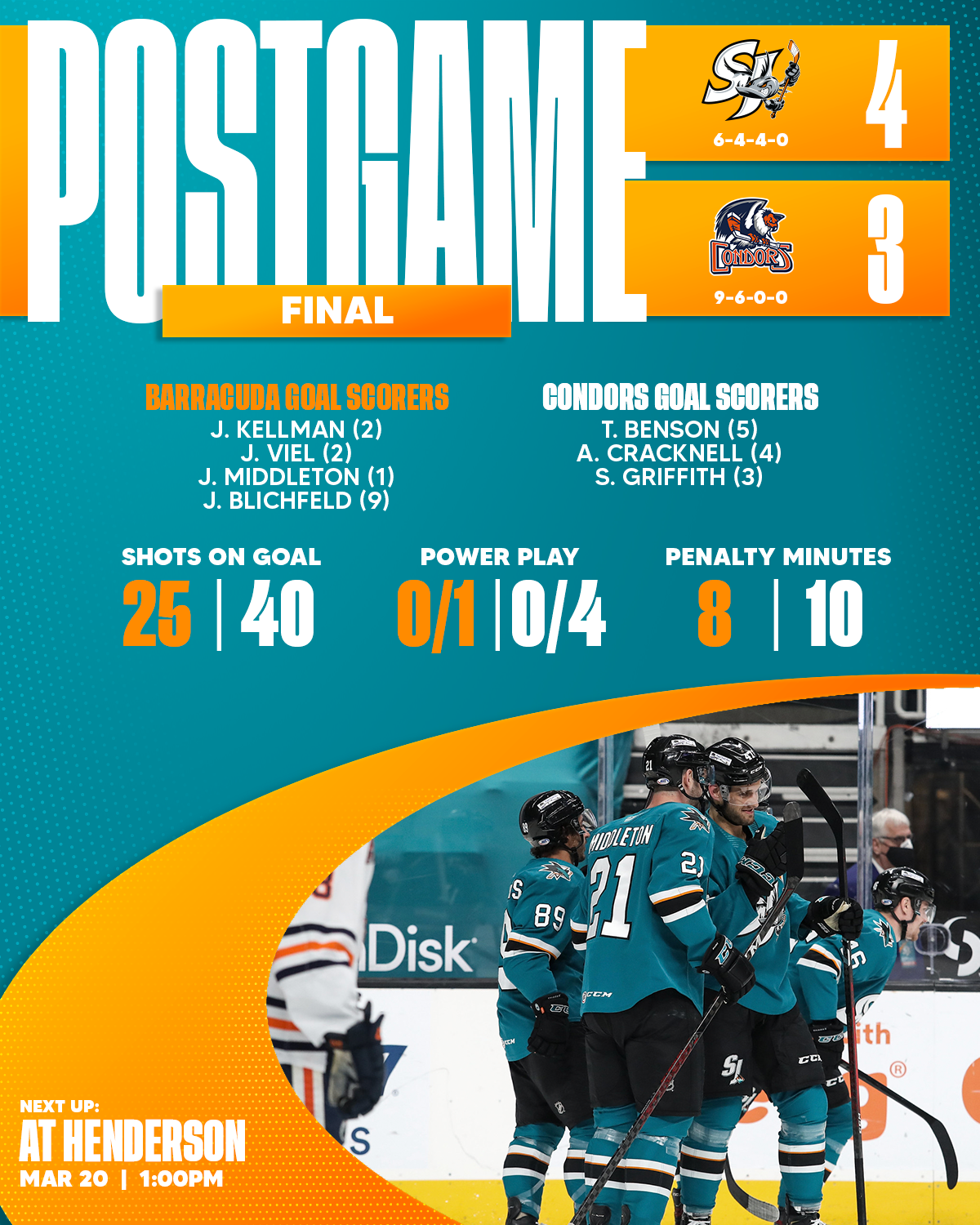