Bakersfield, CA – The San Jose Barracuda (5-4-3-0) took their first lead this season against the Bakersfield Condors (8-5-0-0) (Edmonton Oilers) at 4:22 of the third period on Saturday at the Mechanics Bank Arena, but Bakersfield’s Cooper Marody managed to tie the game up with less than a minute to go, with his team’s net empty, completing his second hat-trick in the last week. In overtime, the Condors would kill off a penalty 30 seconds in and then Ryan McLeod (6) would score at 2:37 on a breakaway, just as he was released from the box.

• Josef Korenar (2-0-1) was solid in his AHL return, turning aside 34 Bakersfield shots, but took the hard-luck OT loss

• After the loss, the Barracuda are now 0-3 in overtime this season

• After holding the Barracuda scoreless in the first, the Condors have now outscored their opponents in the opening-20 minutes 14-to-0 during their winning streak and have scored the first goal in nine-consecutive games

• Of the Barracuda's 10 hat-tricks against in their history, five have now come at the hands of the Condors 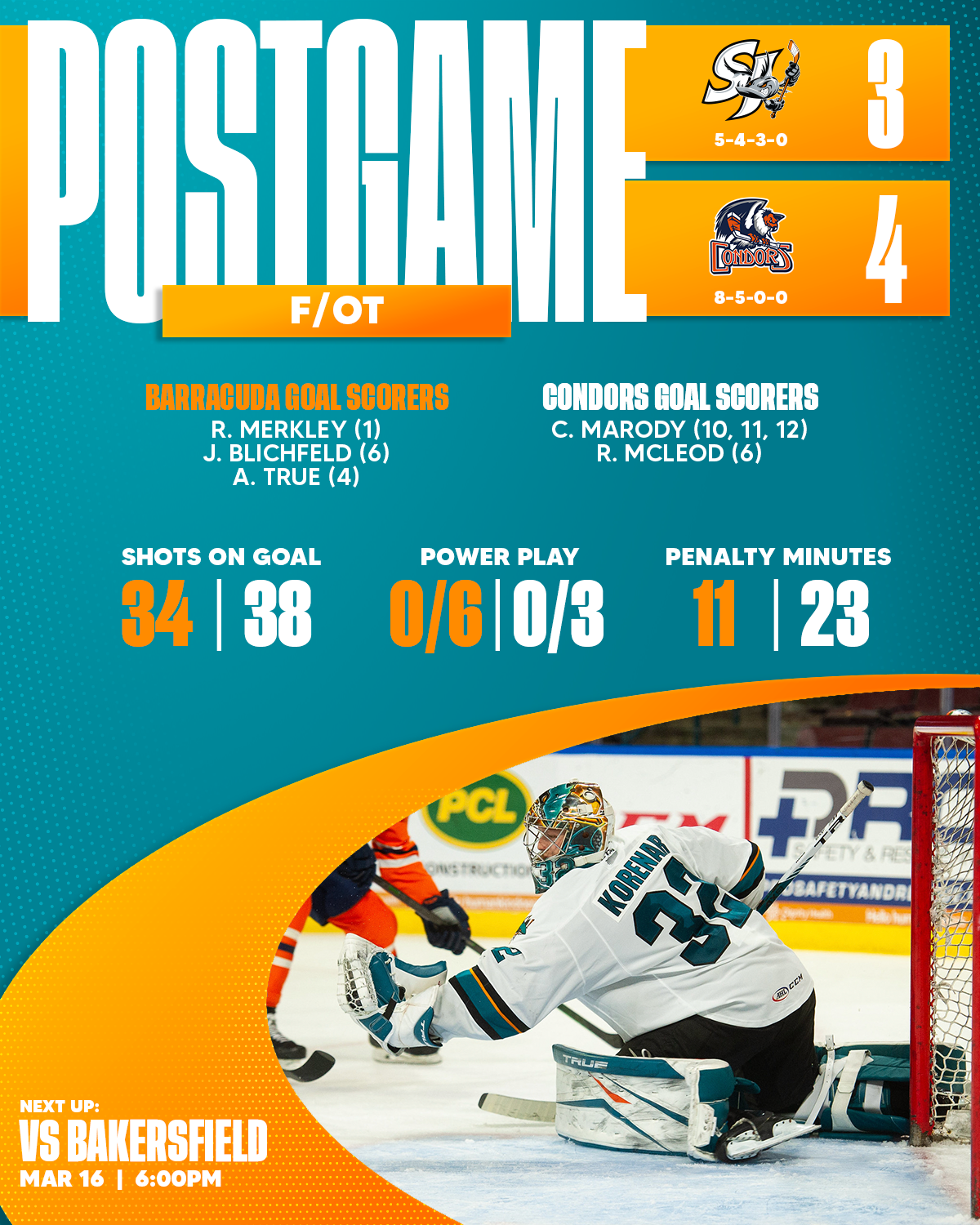