Las Vegas, NV – The San Jose Barracuda (6-5-4) took on the Henderson Silver Knights (Vegas Golden Knights) (12-2-0-0) on Saturday afternoon at the Orleans Arena for the first regular-season meeting between the two teams ever and despite leading after one period, the Barracuda were dropped, 5-2.

• In his first game of the year with the Barracuda, Ivan Chekhovich picked up the primary assist on Letunov’s goal in the first period

• With the win, the Silver Knights improved to 6-0 on home ice this season 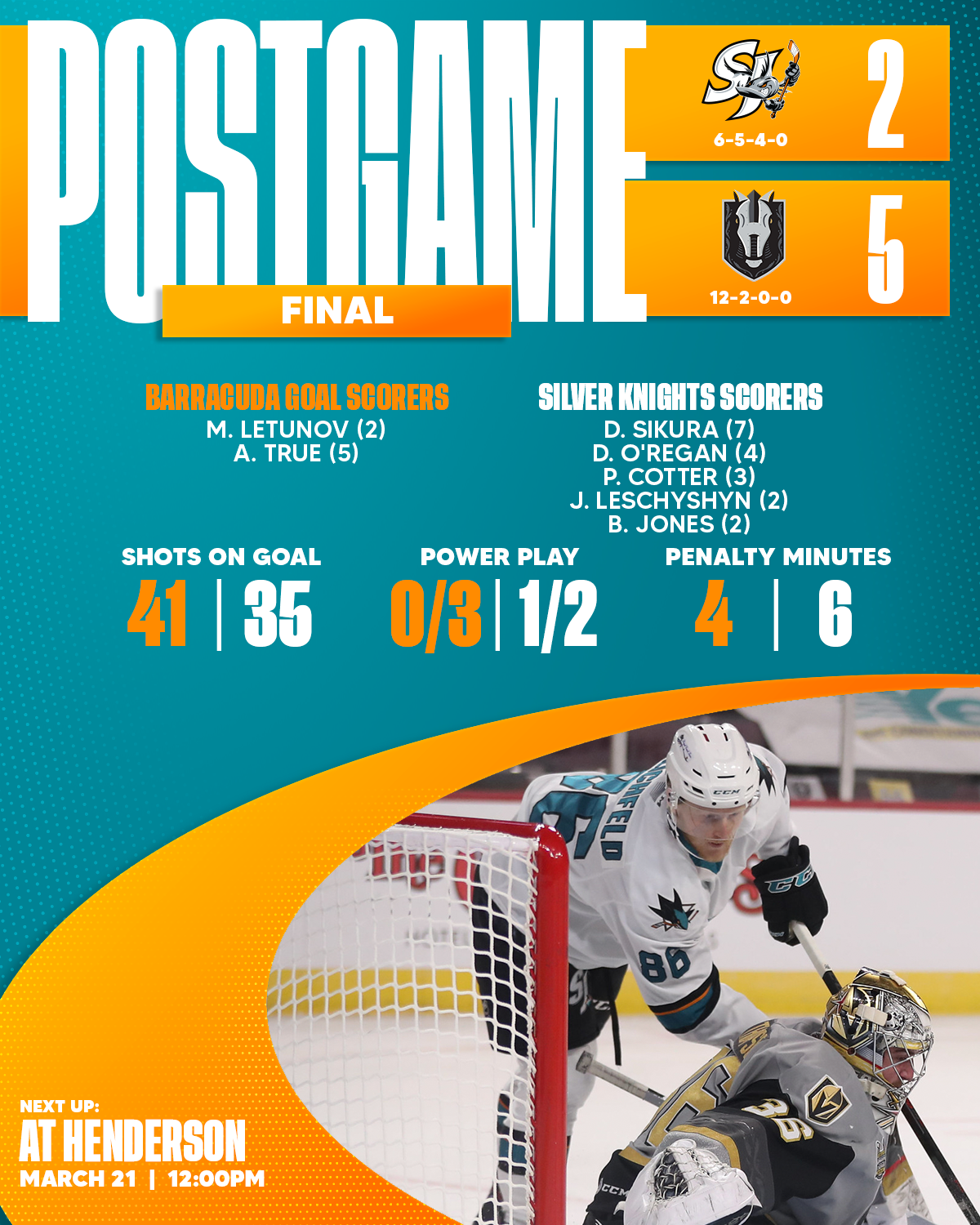