Tucson, AZ – The San Jose Barracuda scored the first goal of the game on Monday, but couldn’t manage to hold onto their lead for longer than a minute and five seconds and never went back up, eventually falling to the Tucson Roadrunners (Arizona Coyotes), 5-3, at the Tucson Convention Center.

·     Alex True (1, 2) recorded his first two goals of the season on Monday, marking the sixth time in his four-year career that he’s scored twice in a game

·     Joachim Blichfeld (1), an AHL All-Star as a rookie last season, scored his first goal of the year on Monday and the 17th of his career. He also recorded an assist for his ninth career multi-point effort

·     Brinson Pasichnuk got the primary assist on True’s first goal of the night, the first point of his pro career

·     Zach Gallant made his AHL debut, finishing with one shot on net

·     In the loss, the Barracuda netted their first power-play goal of the year 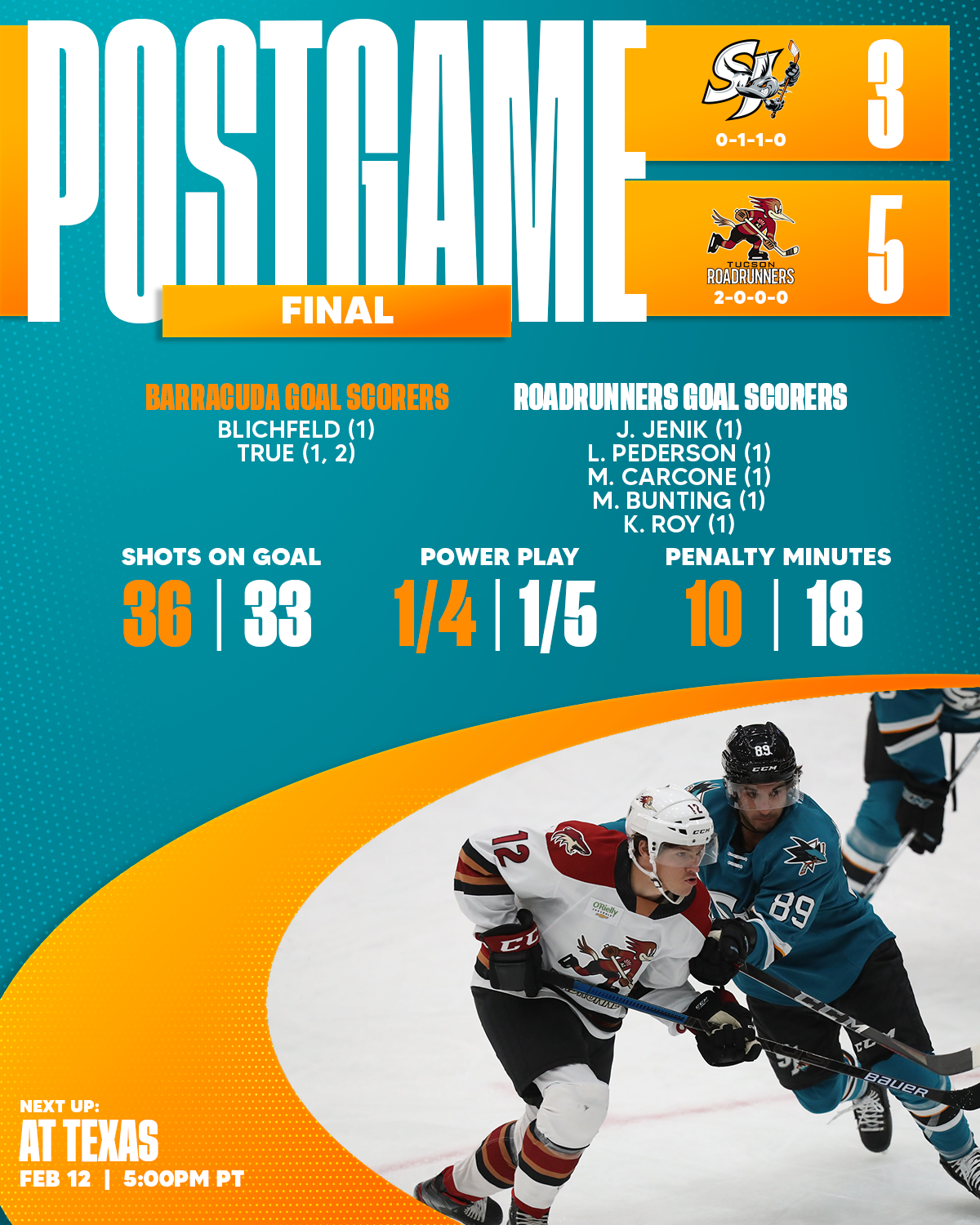 “We’re gonna rely on the guys that have been here for three or four years... we got a lot of work to do, but we’re gonna put some time in these next couple of days of practice.” - Assistant Coach Michael Chiasson after the #SJBarracuda’s 5-3 loss against Tucson on Monday. pic.twitter.com/k54OQOzhnN