The Barracuda hit the road for two games against the Abbotsford Canucks beginning next Friday (Nov. 12) at 7 p.m. and on Sunday (Nov. 14) at 4 p.m. before returning to the SAP Center for a matchup against the Bakersfield Condors on Wed., Nov. 17 that will kickstart a three-game home stand. For tickets, visit sjbarracuda.com/tickets and a reminder that all home Friday games during the 2021-22 season will feature $1 hot dogs and all Saturday games will be $3 Coors Light nights. 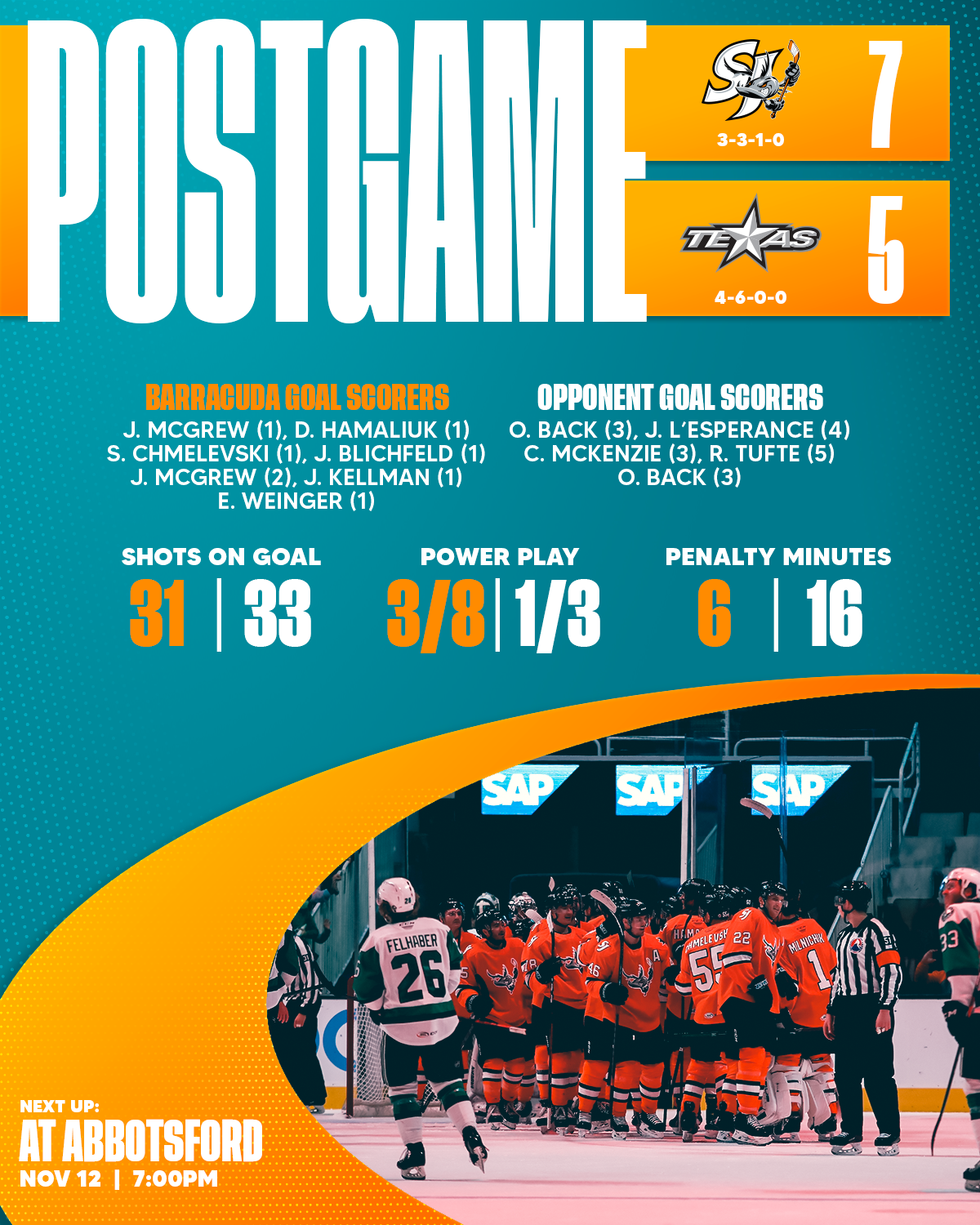