Cedar Park, TX – The San Jose Barracuda (1-2-1-0) erased three different one-goal deficits on Saturday at the H-E-B Center but a fourth comeback proved too much as the club lost 5-3 to the Texas Stars (3-2-0-0).

• Joachim Blichfeld (2, 3) scored twice on Saturday, his fifth multi-goal game of his career and third straight contest with multiple points. Blichfeld now co-leads the AHL with six points and ranks tied for second in the league with three goals

• Antti Suomela made it assists in three-straight games as picked up the only helper on McGrew’s tally.

• After collecting an assist on Saturday and two on Friday, Joel Kellman now co-leads the team in that department with three, along with Suomela and Blichfeld 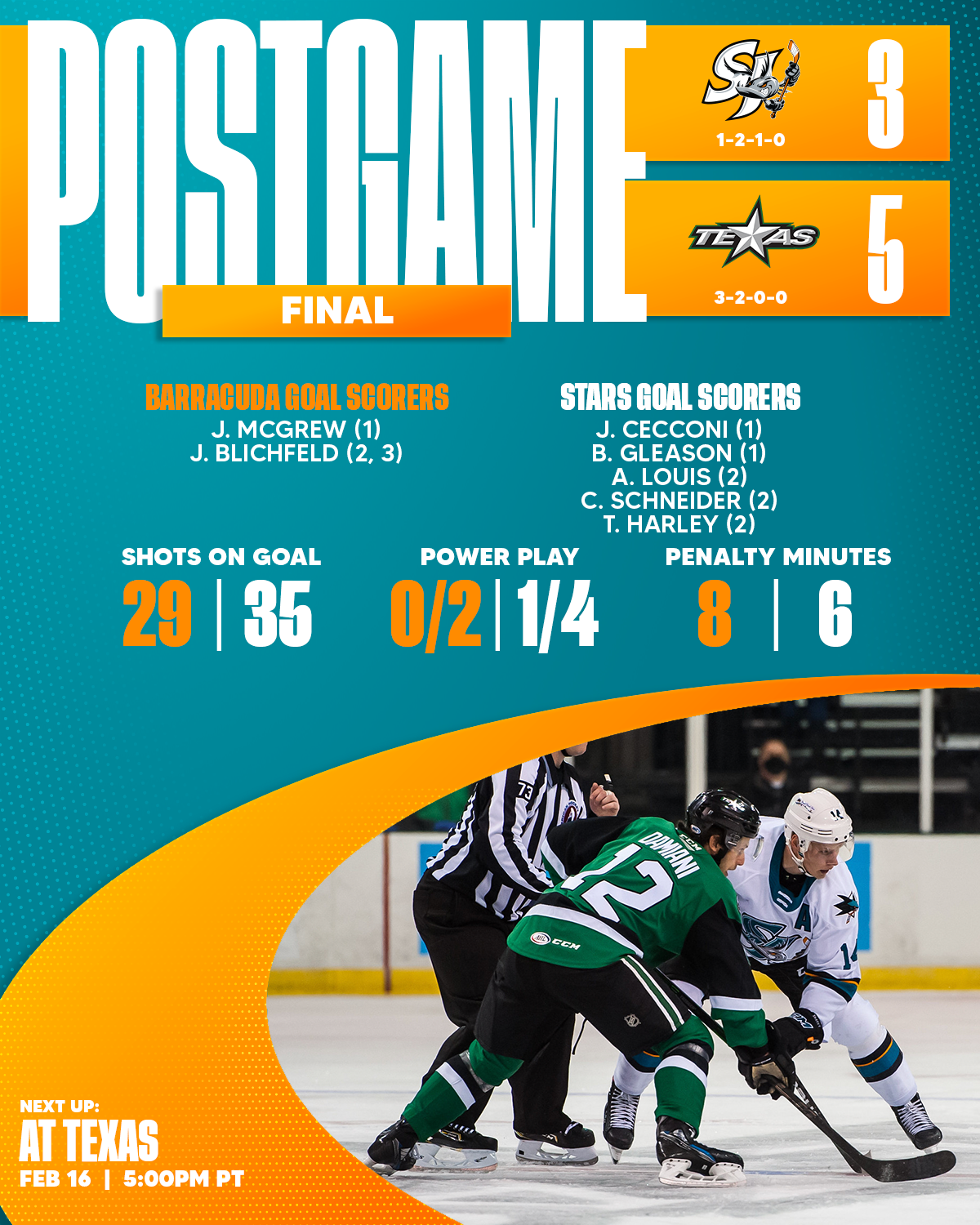