El Segundo, CA – The San Jose Barracuda (9-8-4-2) scored three times in the first period on Sunday, including a pair from forward Sasha Chmelevski, and snapped an eight-game skid on the road with a 5-1 win over the Ontario Reign (Los Angeles Kings) (9-15-3-0) at the Toyota Sports Performance Center.

• Sasha Chmelevski (4, 5) returned to the Barracuda lineup after a one-game absence and scored twice and now has four points (3+1=4) over his last two games. Sunday was Chmelevski’s first two-goal game of his AHL career 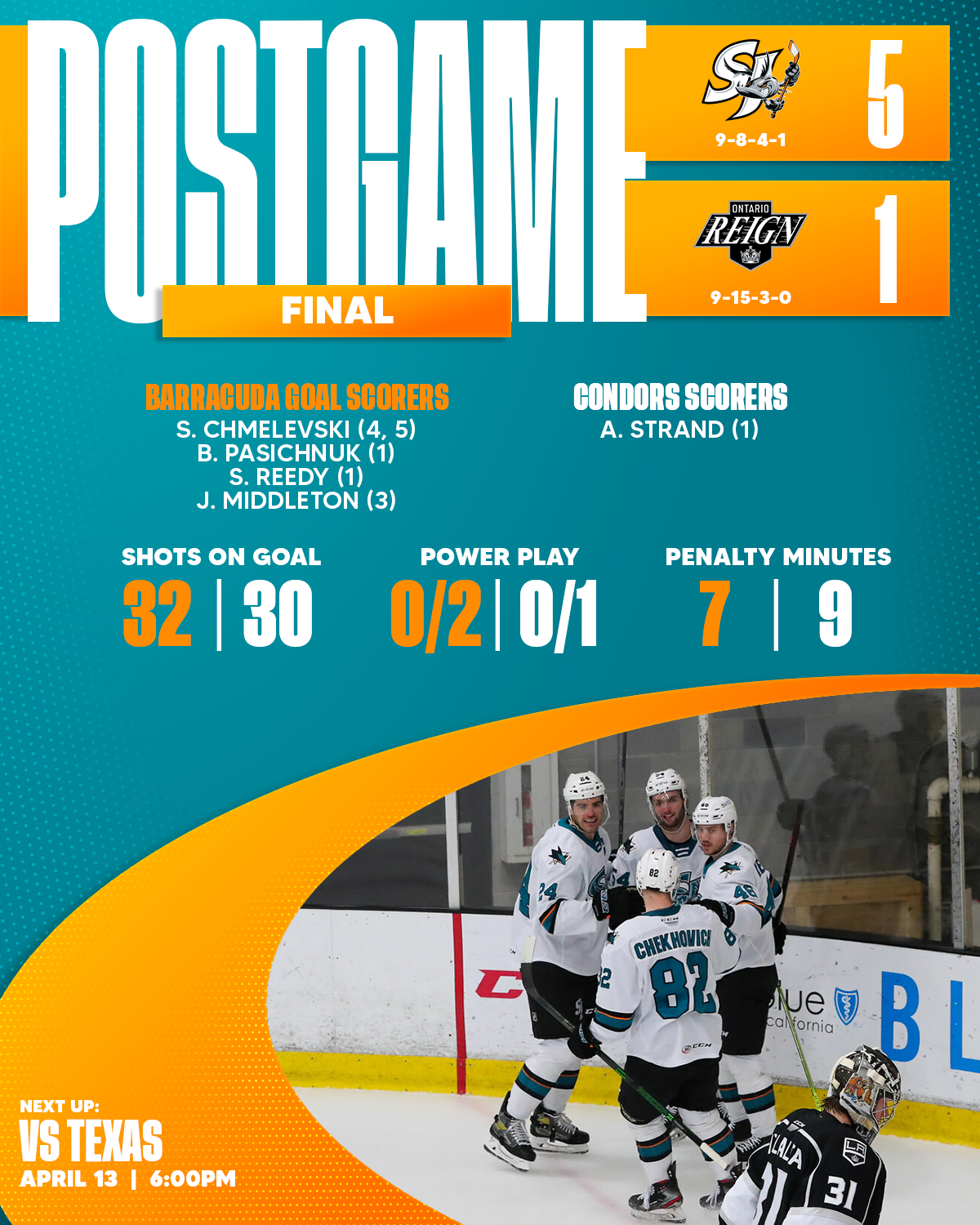