Las Vegas, NV – Needing to win in order to push their best-of-three Division Semifinal series to a decisive game three, the San Jose Barracuda (0-2) couldn’t find a way to upend the Henderson Silver Knights (2-0) on Sunday afternoon at the Orleans Arena, falling 4-2. Henderson will now face the winner of the Bakersfield and San Diego series to decide the winner of the John D. Chick Trophy as winners of the Pacific Division.

• Maxim Letunov (2) scored on the power-play, at the time, cutting the lead down to 3-2 in the second period

• Former Sharks prospect Danny O’Regan (1, 2) scored a shorthanded and power-play goal and chipped in with an assist 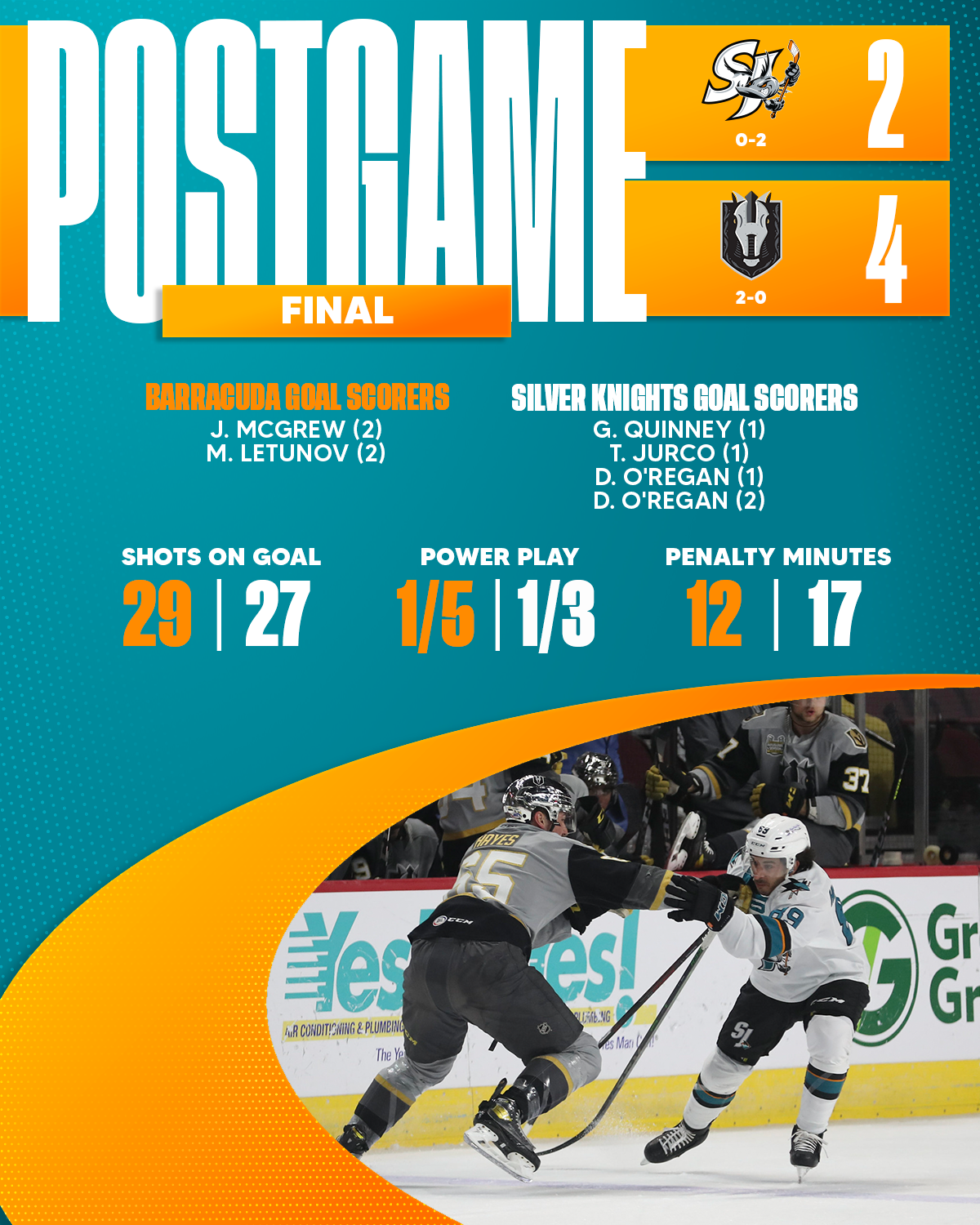