San Jose, CA – The San Jose Barracuda (15-11-4-2) went 5-for-5 on the power-play on Friday en-route to a 7-5 win over the Henderson Silver Knights (Vegas Golden Knights) (21-12-0-0) at the SAP Center. In the victory, Joel Kellman scored the team’s first hat-trick of the year and eighth ever and also set a new single-game franchise record with five total points (2+3=5).

• Robbie Russo set a Barracuda single-game record with four assists, his first four-assist game of his career, and the first four-point games since Mar. 11, 2016 as a member of the Grand Rapids Griffins

• In the win, 19-year-old Brandon Coe (1) scored his first professional goal at the 55-second mark of the third on the power-play

• Former Sharks prospect Danny O’Regan scored twice, both on the PP, and now leads Henderson in goals (12) and is tied for first in points (27)

• After the win, the Barracuda have now won three in a row for just the second time this season and are four games above .500 for the first time this year 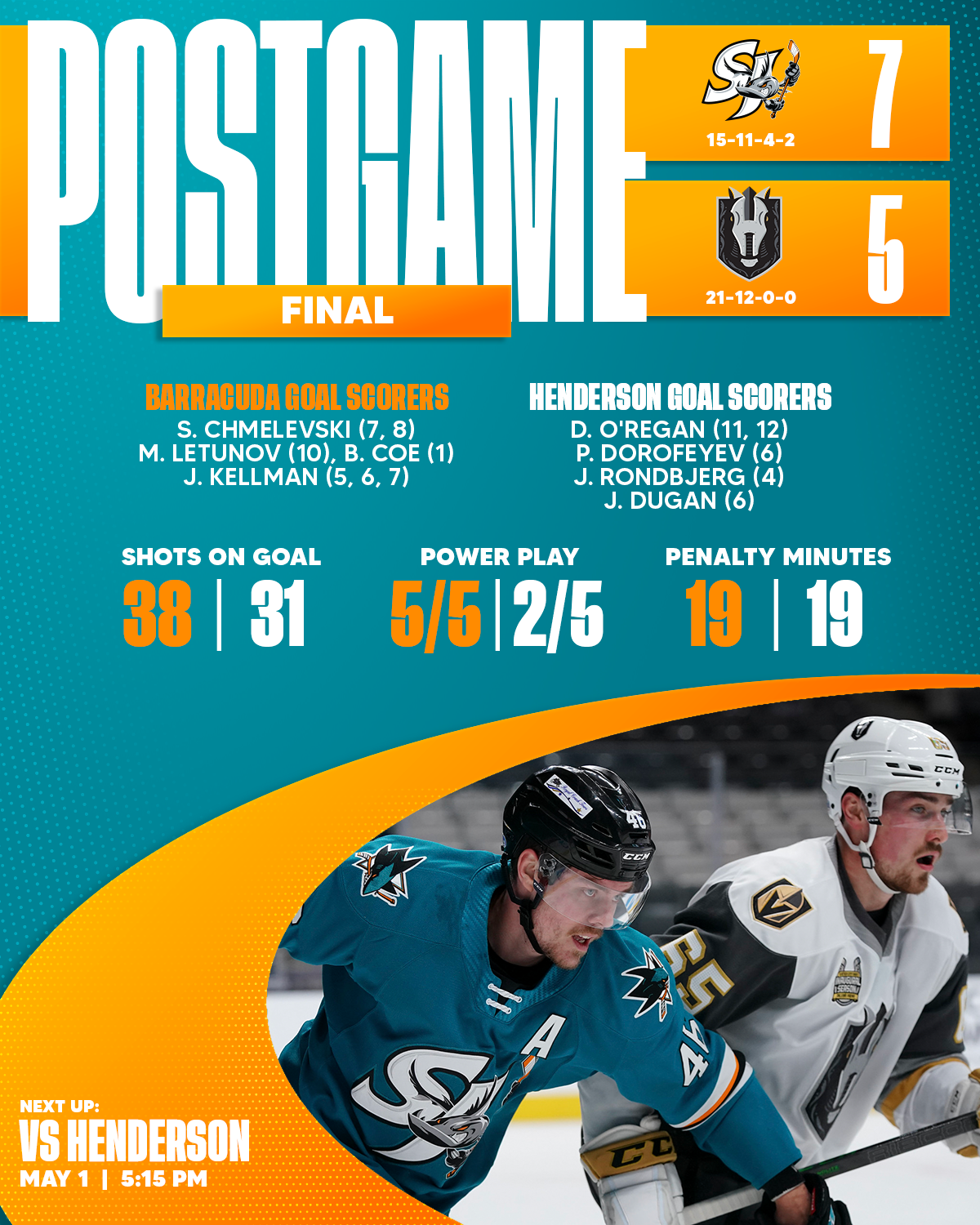