Bakersfield, CA – The San Jose Barracuda (0-1-0-0) put 34 shots on net on Sunday in Bakersfield, including outshooting the Condors 22-to-6 in the final two periods, but Bakersfield’s (2-0-0-0) Stuart Skinner was perfect, earning his fourth shutout of his career with a 1-0 win.

• The Barracuda outshot the Condors in every period but finished 0-5 on the power-play.

• The shutout loss was San Jose’s first to open a season.

• Seth Griffith (1) scored Bakersfield’s only goal on the power-play in the second period and now has four points (1+3=4) in two games this season.

• The Barracuda were shutout three times last season, including the first meeting against the Condors.

• After Sunday’s defeat, the Barracuda are now 0-4-1-1 over its last six games at Mechanics Bank Arena.

• Alexei Melnichuk suffered the loss after allowing one goal on 15 shots, the third game of his career in which he’s allowed just a single goal. 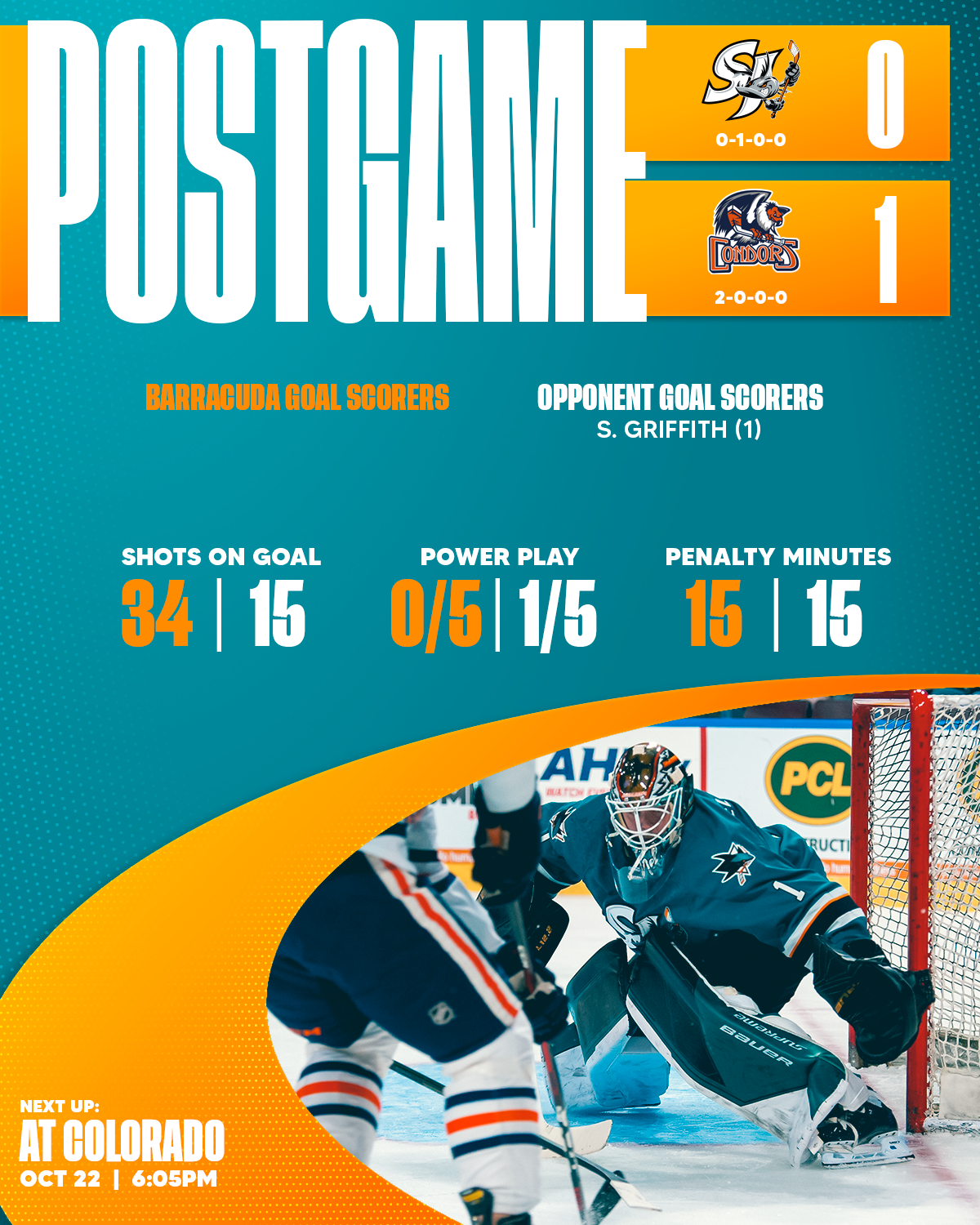