The San Jose Barracuda (11-18-0-2) snapped its four-game skid on Saturday night at the Tucson Arena upending the AHL's top-seeded Tucson Roadrunners (25-7-1-0) (Arizona Coyotes) 5-4 in overtime. The Barracuda scored three unanswered in the first after the Roadrunners jumped out to an early lead. 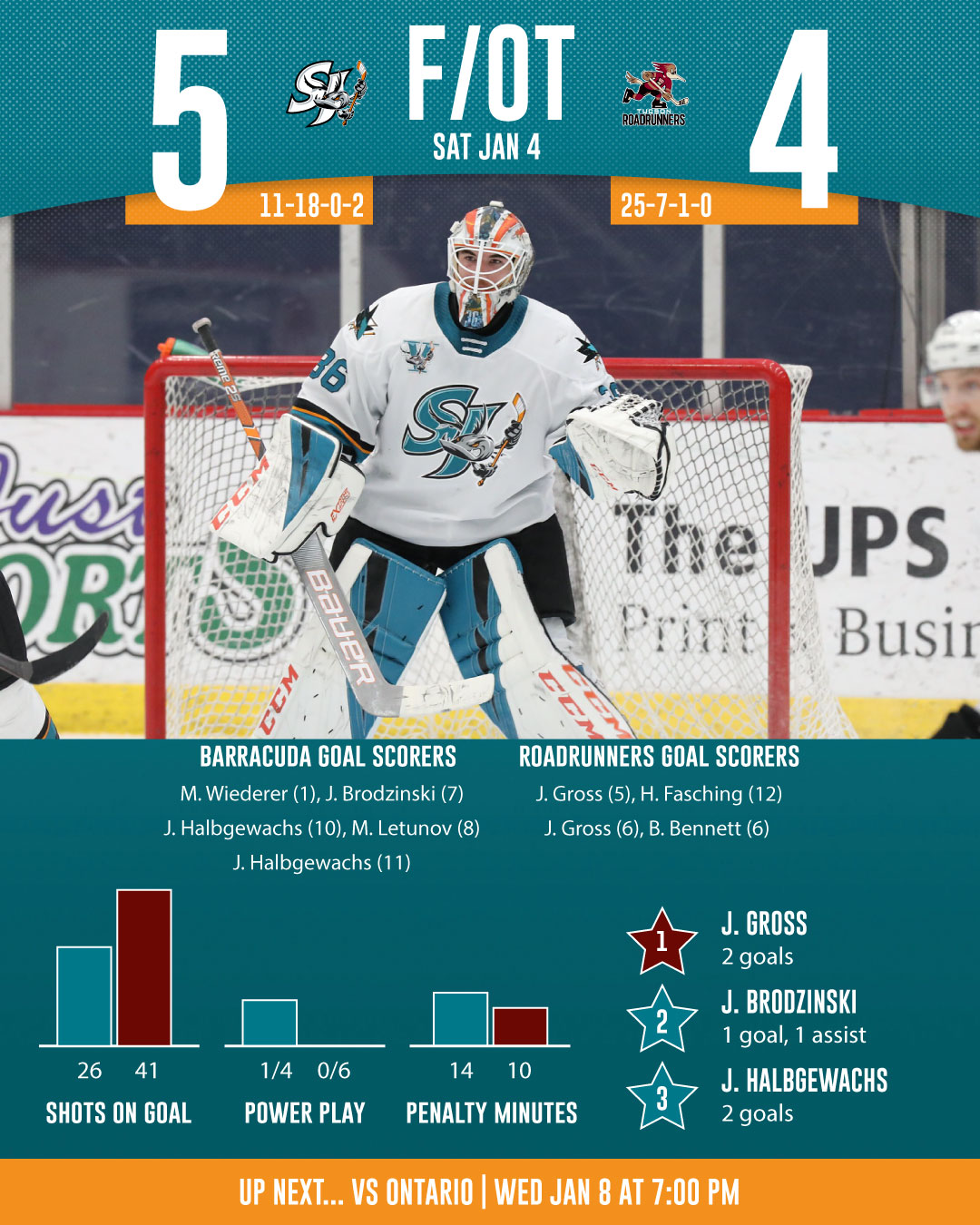