San Jose, CA - The San Jose Barracuda (14-19-1-0) snapped a three-game losing skid by knocking off the AHL’s hottest team the Bakersfield Condors (14-9-3-3) by a score of 5-2 on Sunday at the SAP Center. Sunday was both Hockey Fights Cancer Night and Pucks & Paws.

·       Jake McGrew notched his sixth goal of the season to begin the scoring in the first period. In his last seven games, McGrew has three goals and three assists.

·       Zachary Gallant added his eighth assist of the season and has now doubled his assist totals from a year ago. In his last seven games, Gallant has a goal and four assists.

·       Rookie Scott Reedy potted his league-leading 10th power-play goal of the season and his 17th overall goal which ranks first on the team.

·       Just 15 seconds after Reedy’s goal, fellow rookie Timur Ibragimov cashed in his first goal of his  AHL career in his 13th AHL game.

·       Artemi Kniazev collected two more assists and now has four helpers in his last two games after just one assist through his first 24 games played.

·       Joachim Blichfeld notched an insurance goal in the third period and now has scored in three straight. His 14 goals on the season are ranked second on the team.

·       Cole Moberg had two assists for his first multi-point game of his pro career.

The Barracuda are back on home ice on Wed., Jan. 26 against the Ontario Reign at 10 a.m. for Cuda Classroom Day. For tickets and more information visit sjbarracuda.com. 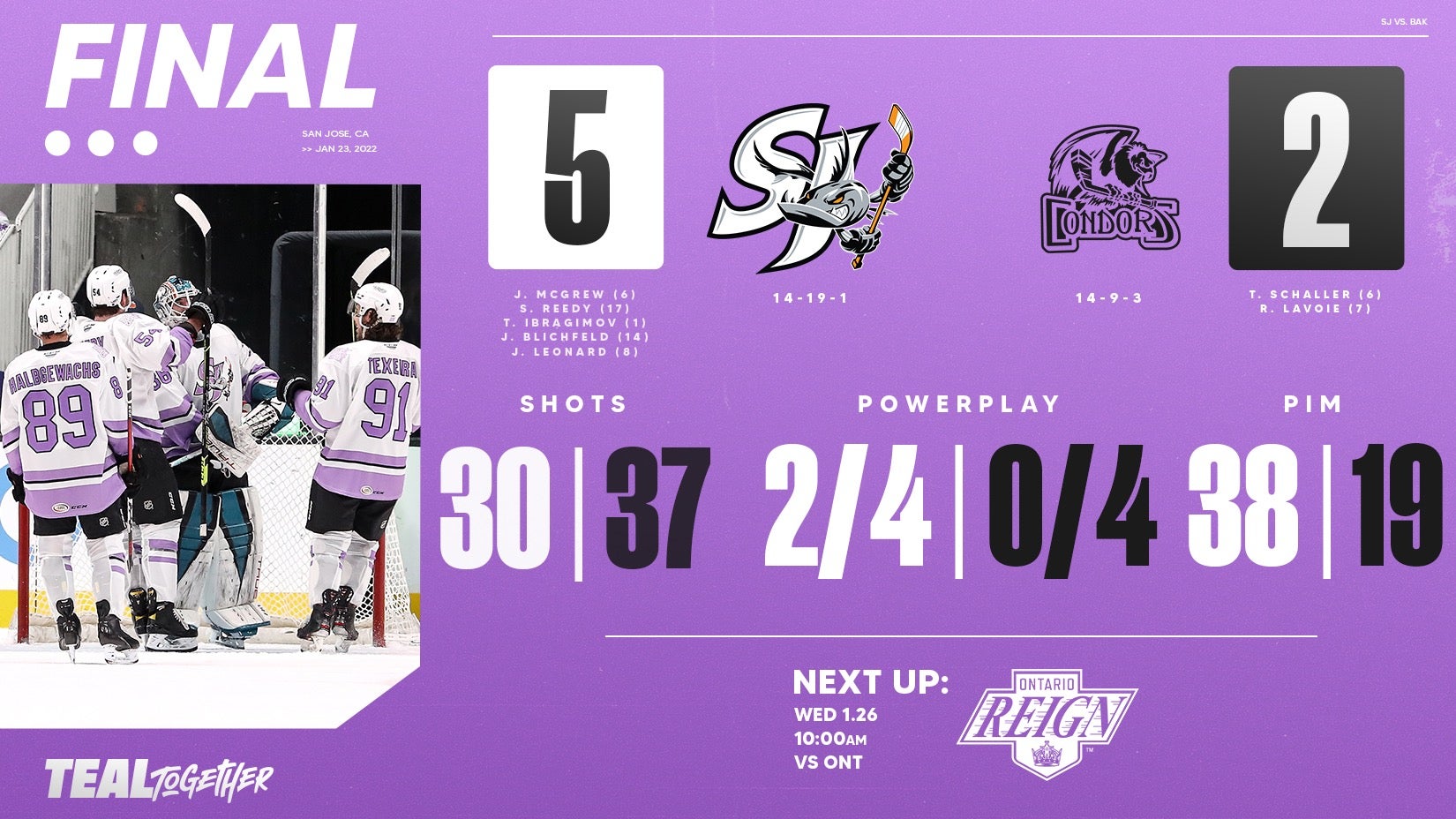