Abbotsford, B.C – The San Jose Barracuda (3-4-1-0) fell behind in the first period on Friday at the Abbotsford Centre by three goals and could never dig themselves out, falling 7-1 to the Abbotsford Canucks (4-4-2-0).

• Former Reign forward Shelden Rempal collected a pair of goals and finished with a team-high five shots and a plus-four rating.

• The Barracuda went on the power-play a season-high nine times, going one-for-nine on the PP.

The Barracuda wrap up its two-game roadie in Abbotsford on Sunday at 4 p.m. before returning back to the SAP Center to take on the Bakersfield Condors on Wednesday night at 7 p.m. for tickets go to SJBarracuda.com/tickets. 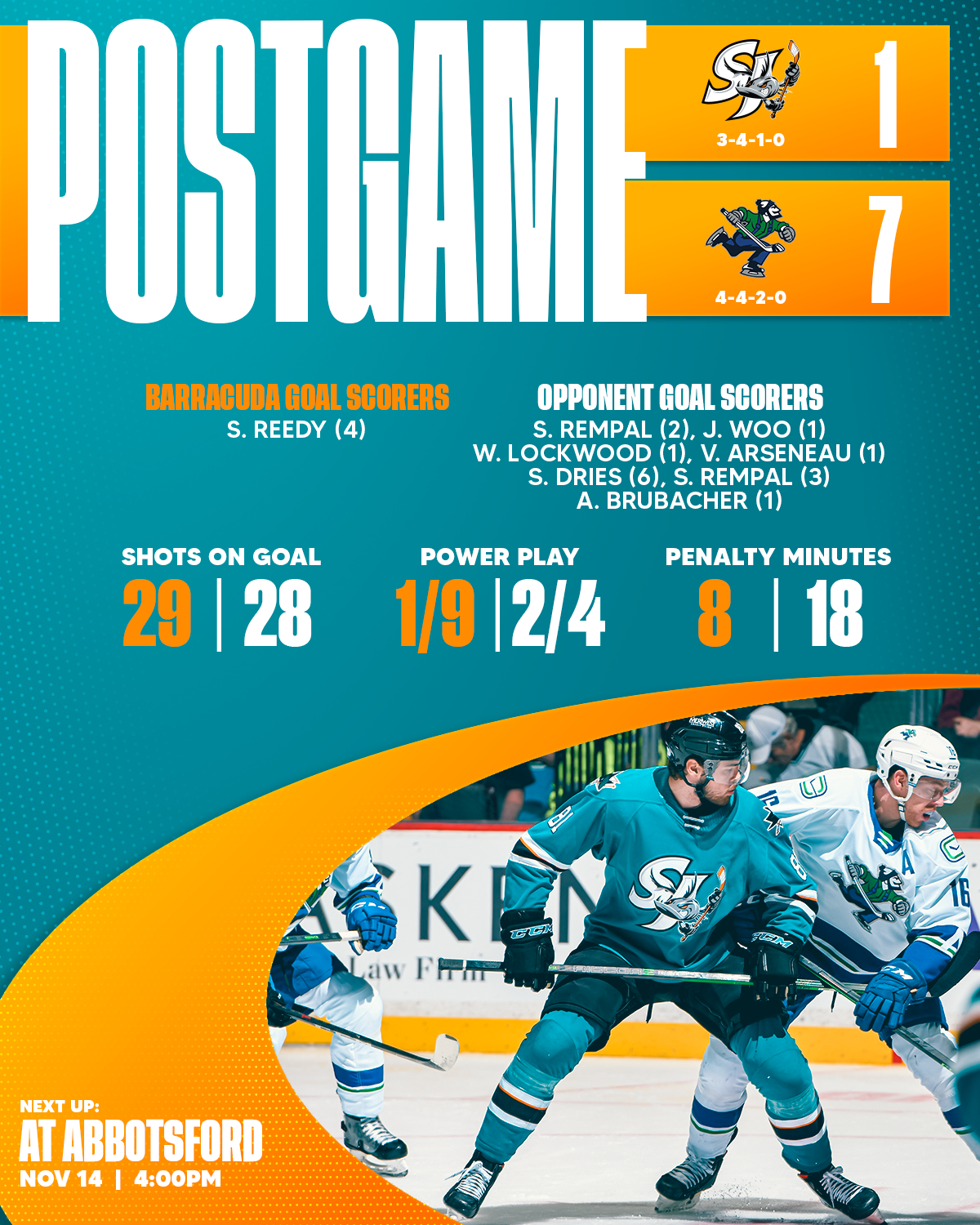