BARRACUDA TAKE DOWN ROADRUNNERS 2-1, MOVE ON IN PLAYOFFS

Irvine, CA – The San Jose Barracuda (1-0) allowed the first goal of the game on Tuesday afternoon against the Tucson Roadrunners (0-1) (Arizona Coyotes) at the FivePoint Arena, but would go on to score the next two goals en-route to a 2-1 win in the single-elimination play-in. With the victory, the Barracuda will now face the play-in winner of the Colorado Eagles and Ontario Reign game which will take place on Tuesday night. San Jose's next game is set for Wednesday night at 7 p.m. to decide who goes on to play the Henderson Silver Knights in a best-of-three series starting on Friday.

• Wednesday’s game is scheduled for 7 p.m. in Irvine and can be listened to via the Sharks Audio Network, Sharks+SAP Center App, SJBarracuda.com and you can watch the game on AHLTV.com.

• Jake McGrew, who grew up 15 minutes from the FivePoint Arena in Orange, CA, netted the game-winning goal in his professional playoff debut 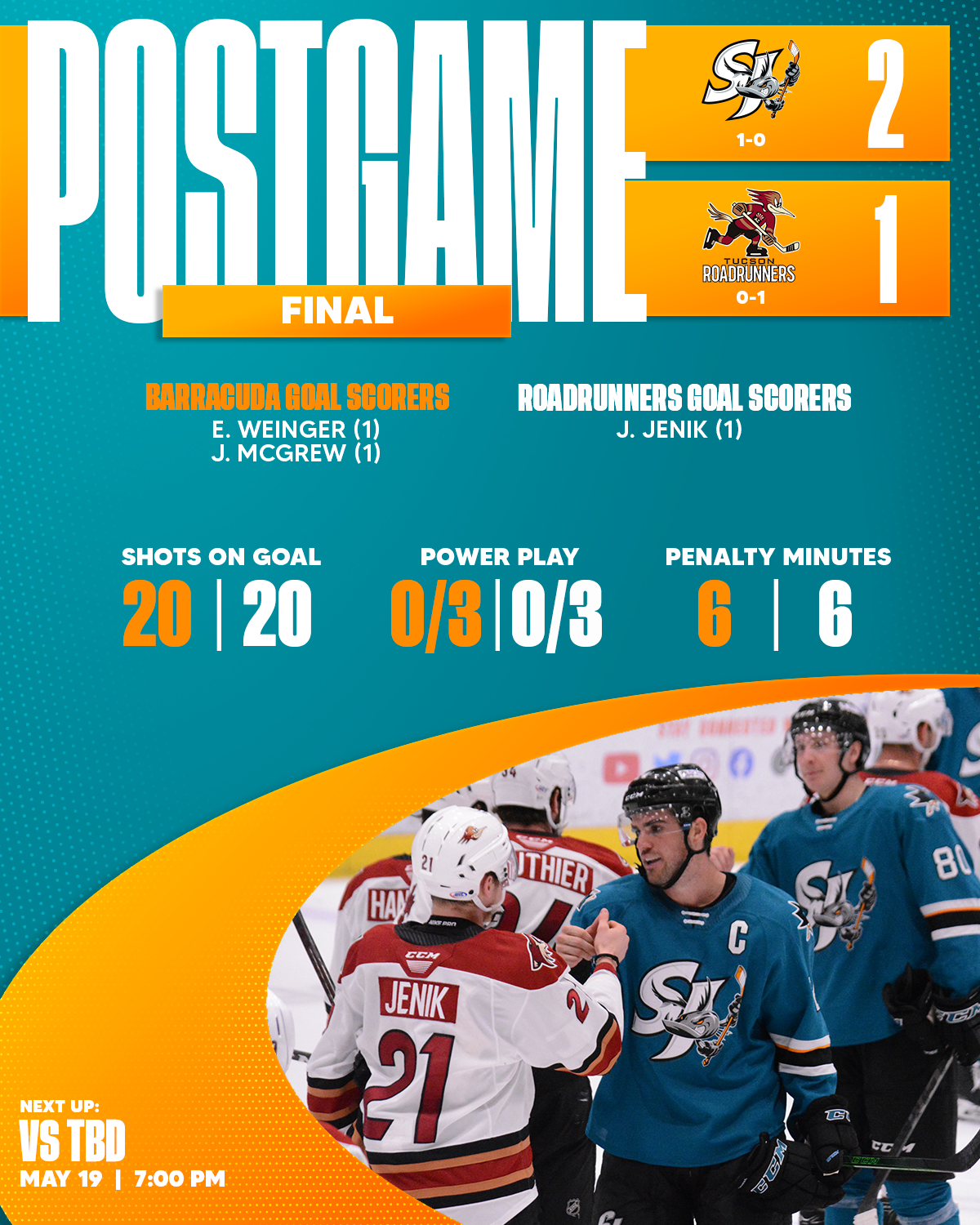