Las Vegas, NV – The San Jose Barracuda (14-23-1-0) led three different times on Wednesday night at the Orleans Arena, but the Henderson Silver Knights (19-12-2-1) notched three goals in the third period to pick up a 5-3 victory. After the loss, the Barracuda have now dropped four-straight games.

• Silver Knights forward Paul Cotter scored three times, including a goal with .9 seconds left in the second period to tie the game at 2-2. Cotter would then net the go-ahead goal in the third and seal the win with an empty-netter.

• Jake McGrew (8) opened up the scoring at the 4:10 mark of the first period and now has goals in consecutive games and…

• John Leonard (10) potted his second goal in as many games and now has five goals over his last six games.

• Santeri Hatakka returned to the Barracuda lineup after a four-game absence and collected his first AHL point (assist). 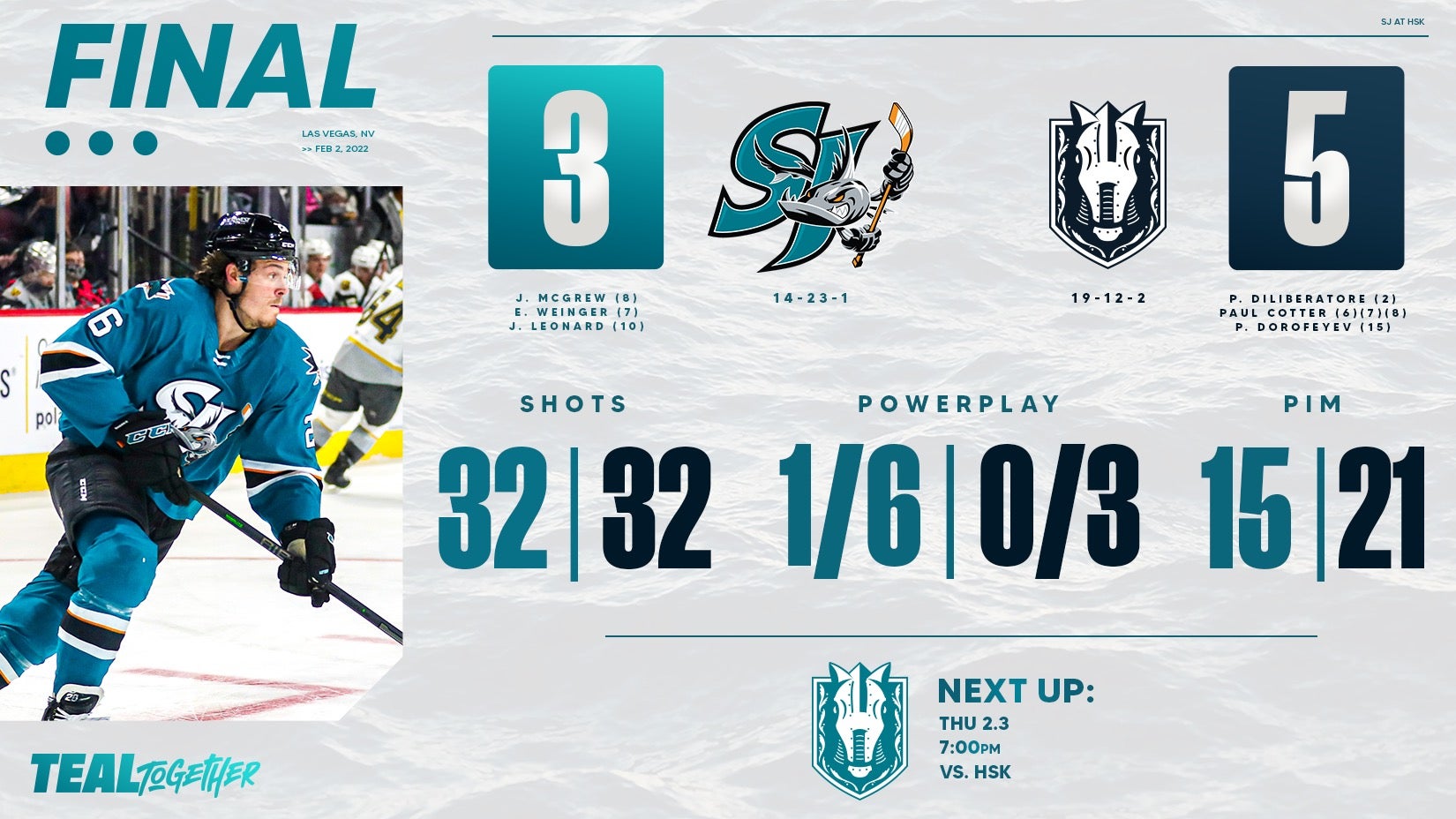