• Jayden Halbgewachs potted his 12th goal of the season, second in as many games, and fourth over his last four contests.

• Evan Weinger netted his eighth goal of the year and is now riding a career-long five-game point streak (2+3=5).

• Jasper Weatherby collected an assist in his third-straight game.

• Brent Gates Jr. (3, 4) netted a pair of goals including the GWG, marking his first multi-goal game of his career.

• Lukas Dostal (8-7-0) made a season-high 43 saves to picked up his third win against the Barracuda.

• After the loss, the Barracuda have now dropped a franchise-record six-consecutive games in regulation and are 1-6 against the Gulls in seven games with the final meeting coming up next Wednesday at the SAP Center.

The Barracuda are back on the ice this Wed, Feb. 16 at the SAP Center for the final matchup on the eight-game season series against the Gulls. For tickets, go to SJBarracuda.com/tickets

Follow Frenzy to the 4,200-seat, two-story spectator arena which will serve as the new home for the San Jose Barracuda! The state-of-the-art facility will include 12 suites, eight loge boxes, one theatre suite, a 46-person party deck, three bar locations (with one at ice level), seven food concession stations, and two team merchandise stores. Join “The Battery” to become an exclusive member at the new facility!

A battery is a group or school of Barracuda. They ambush their predators and rely on their stealth and speed to capture their prey. As a member of the Battery, you are part of an exclusive group, and a key cog to the team’s home-ice advantage. Beyond just access to all home games, you’ll get food, beverage, ticket, and merchandise discounts, along with access to exclusive events with the players and at the facility. 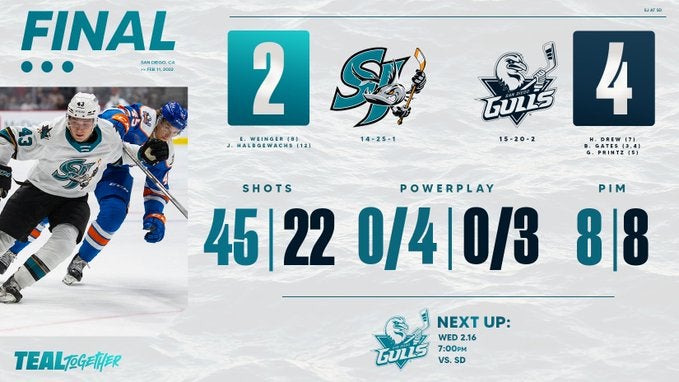