·       Joachim Blichfeld sniped his 15th goal of the season on the power-play. His six goals on the man-advantage are ranked second on the Barracuda.

·       John Leonard added his ninth assist of the season and his fifth on the power-play. In his last 15 games, Leonard has seven goals and five assists for 13 points.

The Barracuda are back on the ice this Saturday, Feb. 19 at the H-E-B Center to take on the Texas Stars at 5 p.m. The team returns back to the SAP Center on Wednesday, Feb. 23 against the Bakersfield Condors at 7 p.m. For tickets, go to SJBarracuda.com/tickets 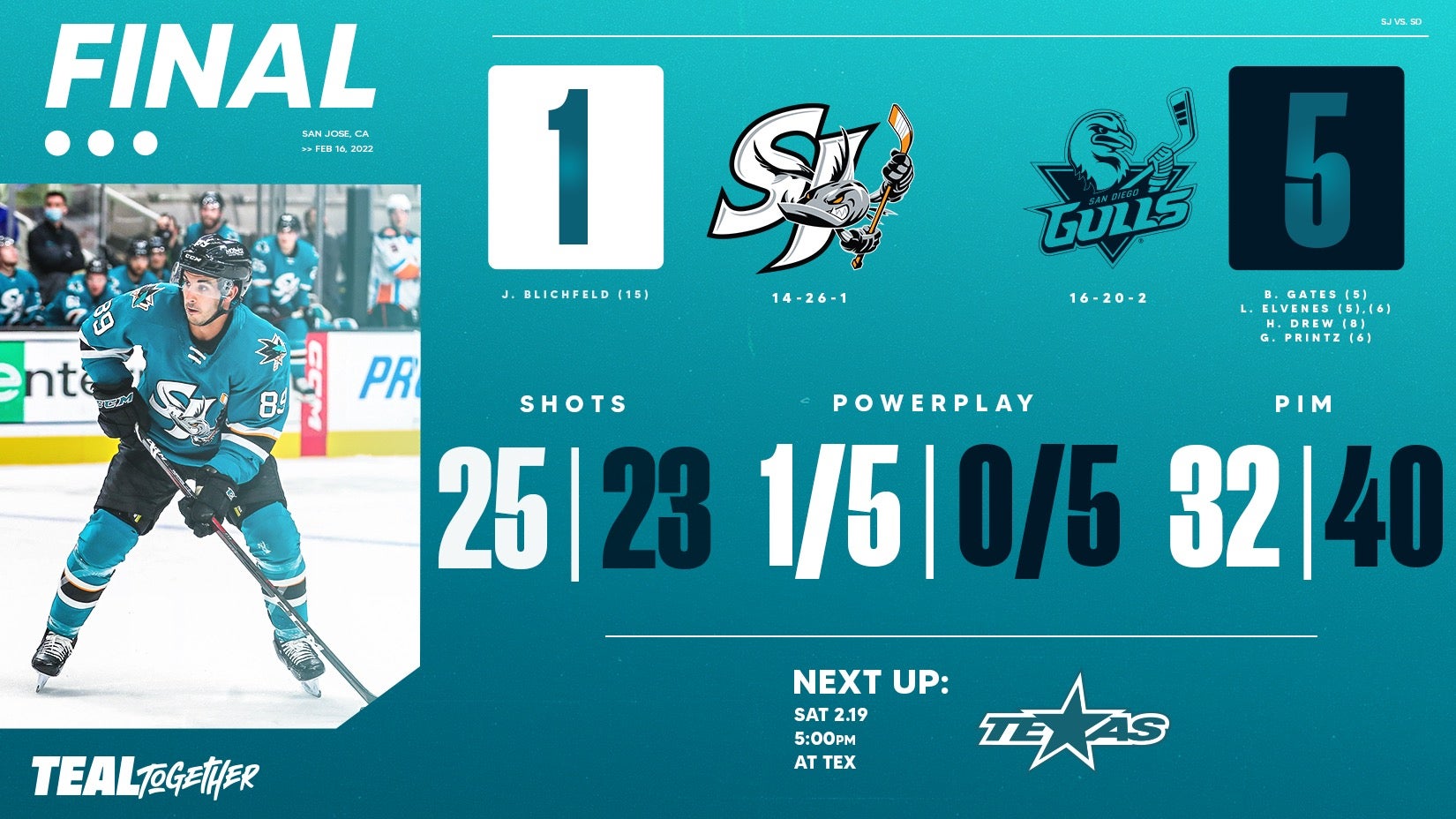