• Four different defensemen scored in the win, including Santeri Hatakka (1) who netted his first AHL goal.

• After the win, the Barracuda are now 2-0 in shootouts this season. Saturday was the first time the club has went to extra time since Nov. 14 at Abbotsford (32 games).

• Cole Moberg (2) snapped a 14-game goalless drought with his ice-breaking goal in the first.

• Kyle Topping (1) potted his first of the year, snapping a 24-game goalless drought. He also added an assist for his second two-point game this season.

• Joachim Blichfeld collected a pair of assists and the shootout winner. His first shootout goal of his career in six attempts.

• Artemi Kniazev collected a goal and an assist and now has three points over his last two games (1+2=3). The goal was his first goal in 12 games.

The Barracuda are back on the ice this Sunday, Feb. 20 at the H-E-B Center to take on the Texas Stars at 3 p.m. The team returns back to the SAP Center on Wednesday, Feb. 23 against the Bakersfield Condors at 7 p.m. For tickets, go to SJBarracuda.com/tickets 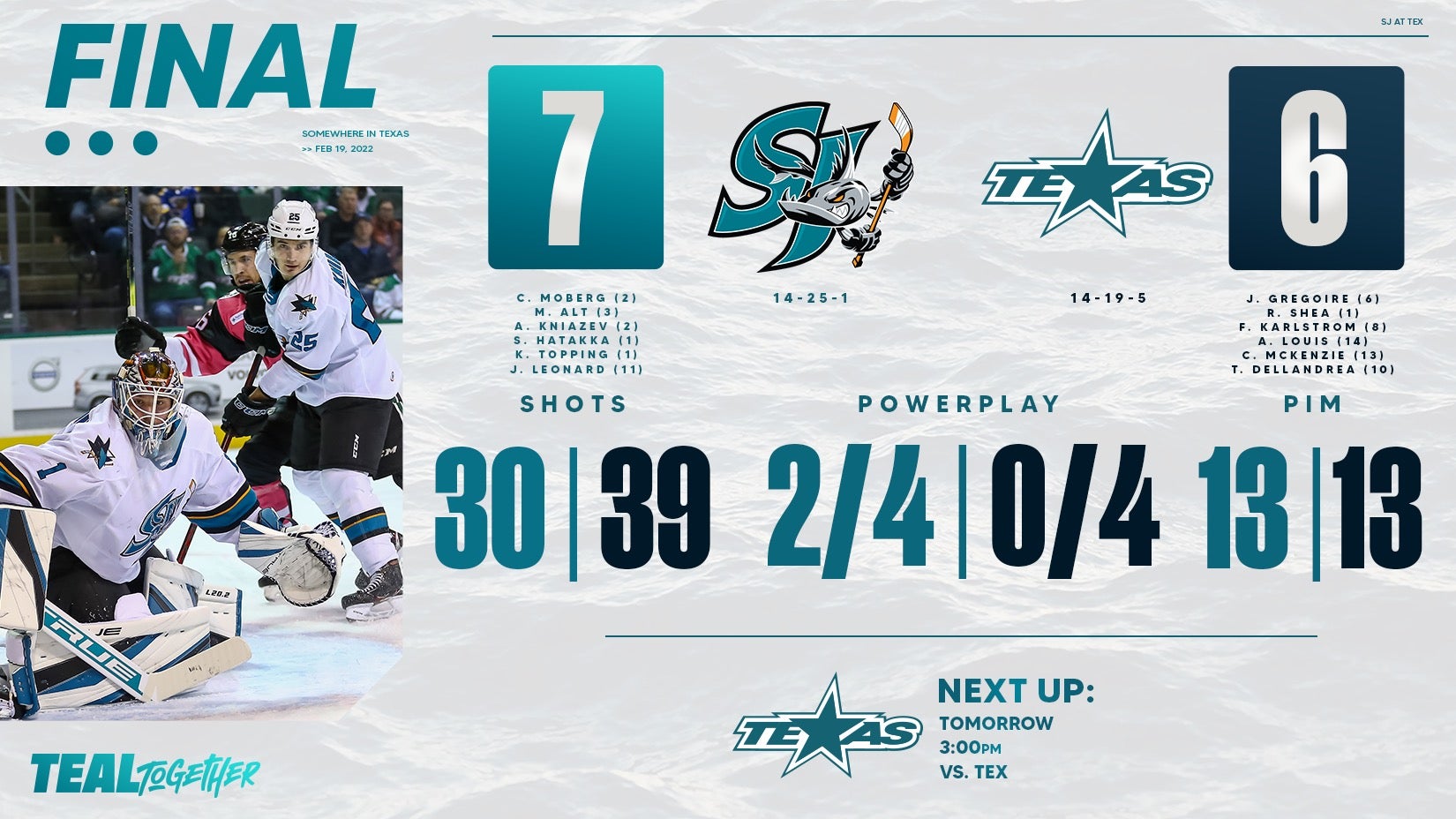