• Nick Merkley (7) opened the scoring up at the 58 second mark of the second period, snapping a 13-game goalless drought.

• Former Roadrunner Jeremy Gregoire (7) scored for the second consecutive game to tie the score at 1-1 in the second.

• Joel L’Esperance (16) netted the game-winning goal in the third, and now has six points over his last six games (3+3=6)

• The Barracuda killed off all four Texas’ power-plays and have now killed off 19-straight on the PK.

The Barracuda are back on the ice on Wednesday at the SAP Center against the Bakersfield Condors at 7 p.m. For tickets, go to SJBarracuda.com/tickets 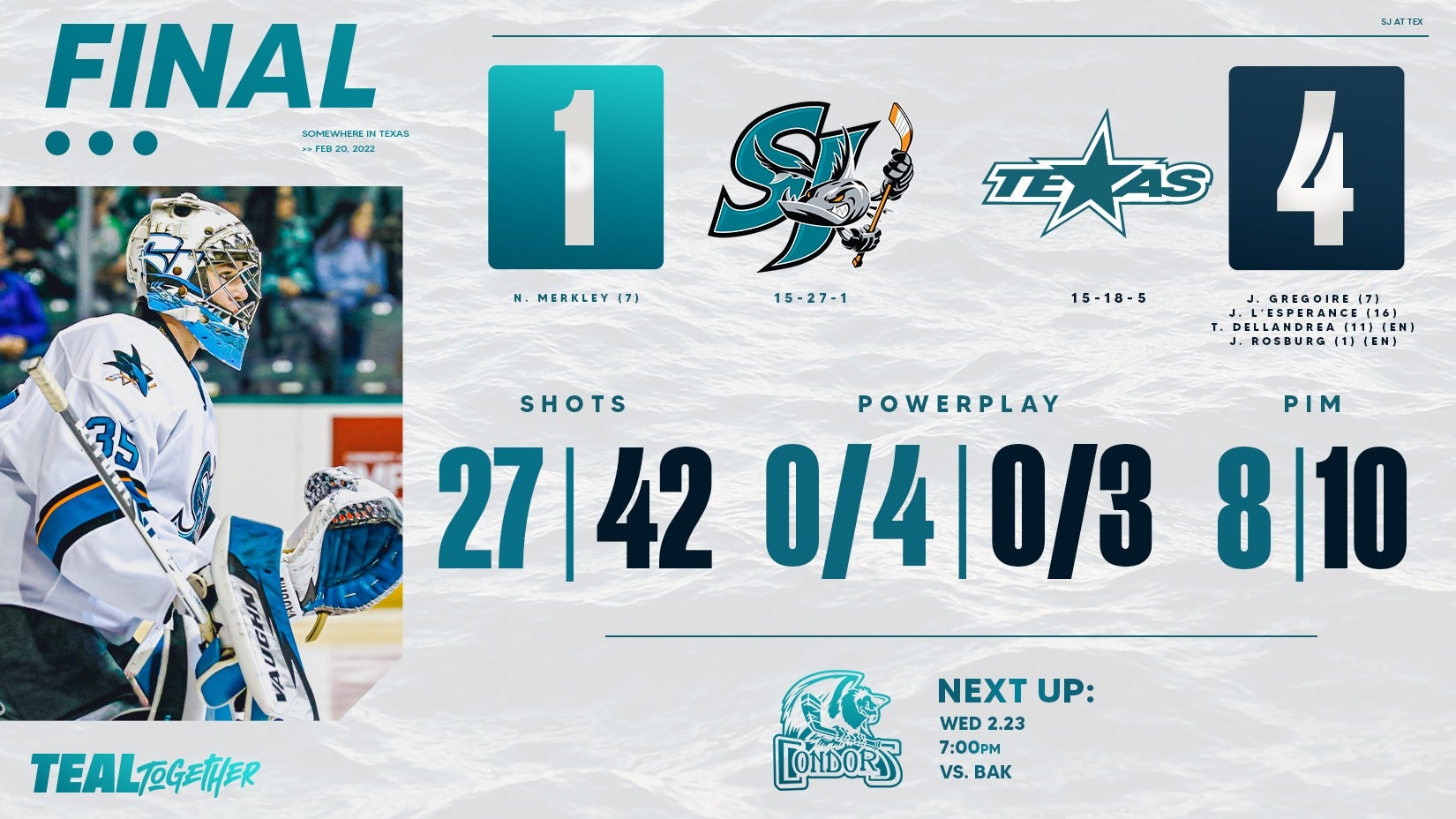