San Jose, CA -- The San Jose Barracuda (15-28-1-0) allowed three goals in the first 10 minutes on Wednesday at the SAP Center and were downed by the Bakersfield Condors (21-12-4-4), 6-3. The loss was the first this season at home against the Condors. The Barracuda have now dropped four-straight at home.

·       Lane Pederson had two assists in his Barracuda debut after being reassigned on Tuesday.

The Barracuda are back on the ice on next Wed., Mar. 2 at Sharks Ice against the Bakersfield Condors at 7 p.m. 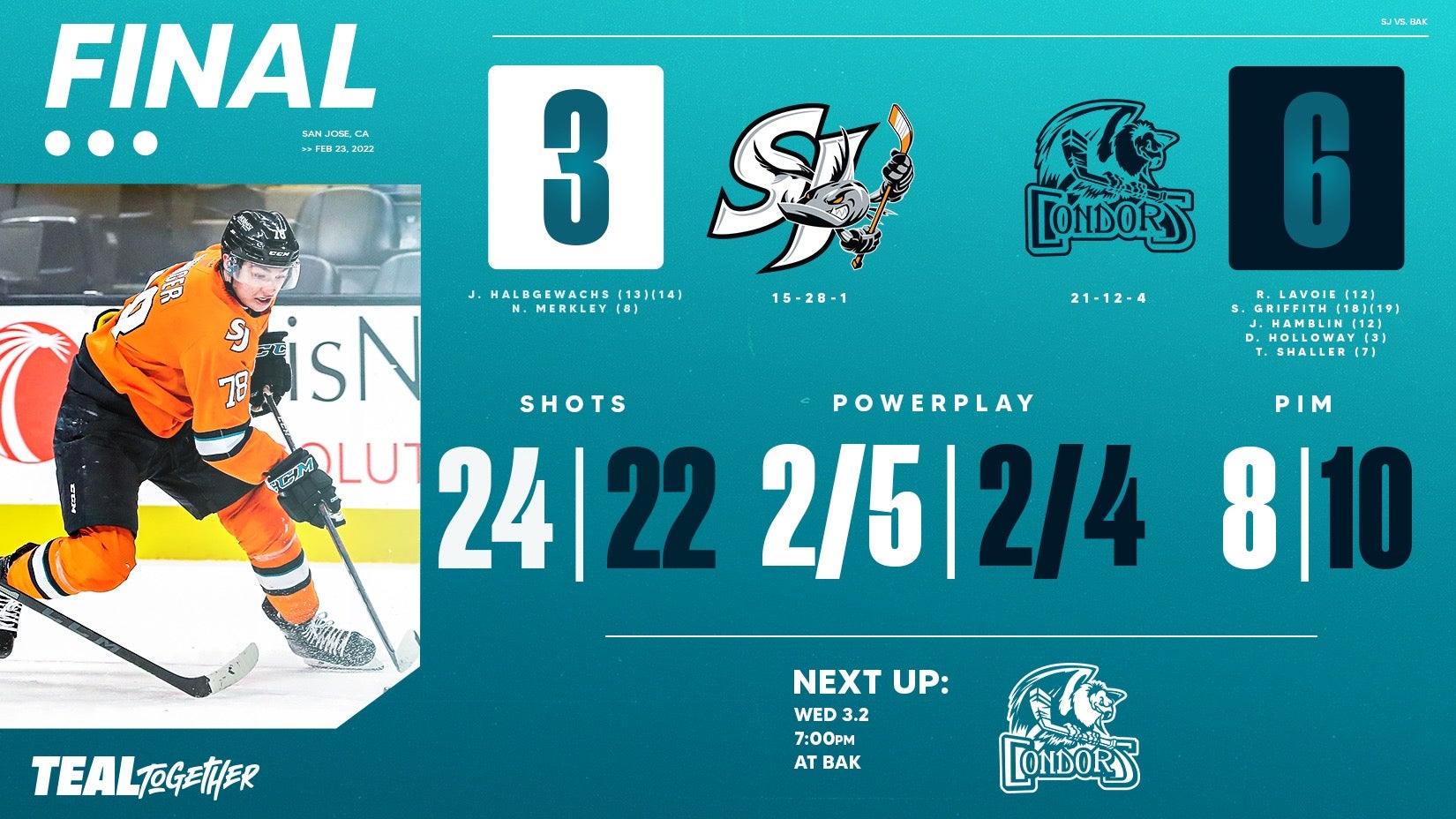