Gulls Flock: On Saturday, the Barracuda continue their four-game road trip with a matchup against the San Diego Gulls who are 4-0 against San Jose this season, having outscored the Barracuda 15-7 in those four games. Since the Gulls won four consecutive games against the Barracuda from Nov. 19 to Nov. 26, the Ducks affiliate is 2-5 over its last seven and has won only one game in December.

About Last Night: The Barracuda scored three times on the power-play for the third time this season but were down by the Ontario Reign 7-4 at the Toyota Arena. In the loss, Ryan Merkley notched two more assists and Scotty Reedy collected a pair of goals, both on the man-advantage. For the fifth time this season, the Barracuda were forced to pull their starter, as Alexei Melnichuk gave up three goals on 14 shots in the first.

Reedy Rolling:  Scott Reedy collected two power-play goals on Friday, pushing his team-high point totals to 21 (12+9=21). The Prior Lake, Minn. native is first among all AHL skaters in power-play goals (8), first in shooting percentage (12/32=37.5%), and tied for second in goals (12). Prior to turning pro, Reedy led the Minnesota Golden Gophers in goals the last two seasons. Reedy has four points (1+3=4) in the last four games.

Blichfeld Boiling: Joachim Blichfeld recorded a goal and assist against the Eagles on Wednesday, marking his sixth multi-point game this season. Blichfeld ranks second on the team in power-play goals (4) and T-third overall in the league in that department. The third-year pro has notched four points (1+3=4) in the last two games played.

Penalizing Perreault: Former first-rounder Jacob Perreault is tied for first on the Gulls’ roster in points (17), first in goals (8), and first in power-play goals (4). In their four-game series against the Barracuda, Perreault has recorded two points (1+1=2). In his career against San Jose, he has six points (2+4=6) in eight games played.

Tantalizing Tracey: Former first rounder Brayden Tracey ranks T-first on the Gulls’ roster with 17 points (7+10=17) in 21 games played. The rookie’s seven goals are tied for fifth among league freshmen and his 10 assists are tied for 11th. Over the four-game series against the Barracuda this year, Tracey has five points (3+2=5). 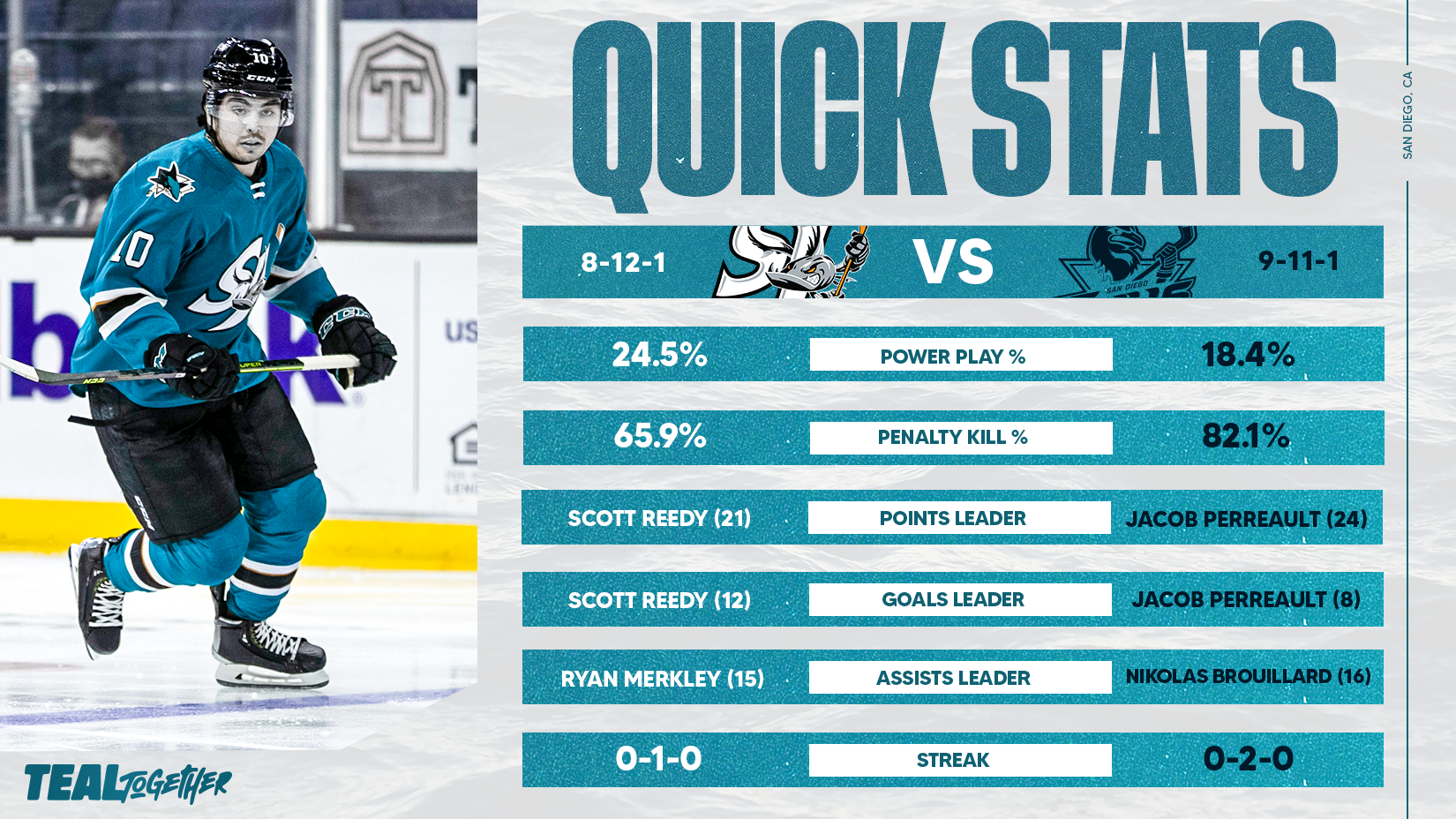