Road Warriors: On Tuesday, the Barracuda continue their four-game road trip with the first of two games against the Colorado Eagles. San Jose has won three of their last four games after a 4-1 win on Saturday at San Diego, and boast a 3-1 record against the Eagles, 2-0 record at the Budweiser Events Center, and are coming off a 10-5 win over the Eagles in the last meeting on Dec. 15.

About Saturday: The Barracuda collected their fifth third-period comeback win on Saturday, downing the Gulls 4-1. In the victory, Evander Kane scored the game-winning goal and added an assist and Alexei Melnichuk made 26 stops.

Sparkling Special Teams: Despite going 0-for-5 on the power-play on Saturday, the Barracuda still rank third in the league on the man-advantage (23/99=23.2%). On the flip side, the Barracuda have now given up a man-advantage goal in 10 straight games and 18 of the 22 games they’ve played this year, but, after two more shorthanded goals on Saturday, the club has five shorties over its last four games which ranks T-first in the AHL.

Reedy Rolling:  Rookie forward Scott Reedy collected two power-play goals on Friday, and then notched a shorthanded goal on Saturday, and now leads the club in goals (13) and points (22). The Prior Lake, Minn. native is first among all AHL skaters in power-play goals (8), first in shooting percentage (13/34=38.2%), and tied for second in goals (13). Prior to turning pro, Reedy led the Minnesota Golden Gophers in goals the last two seasons. Reedy has four points (2+4=6) in the last four games.

Moving Day: With the NHL freezing operations until after the holiday break, the Sharks assigned forwards Jasper Weatherby and Jayden Halbgewachs to the Barracuda. In addition, the club assigned defenseman Ryan Merkley to the AHL. 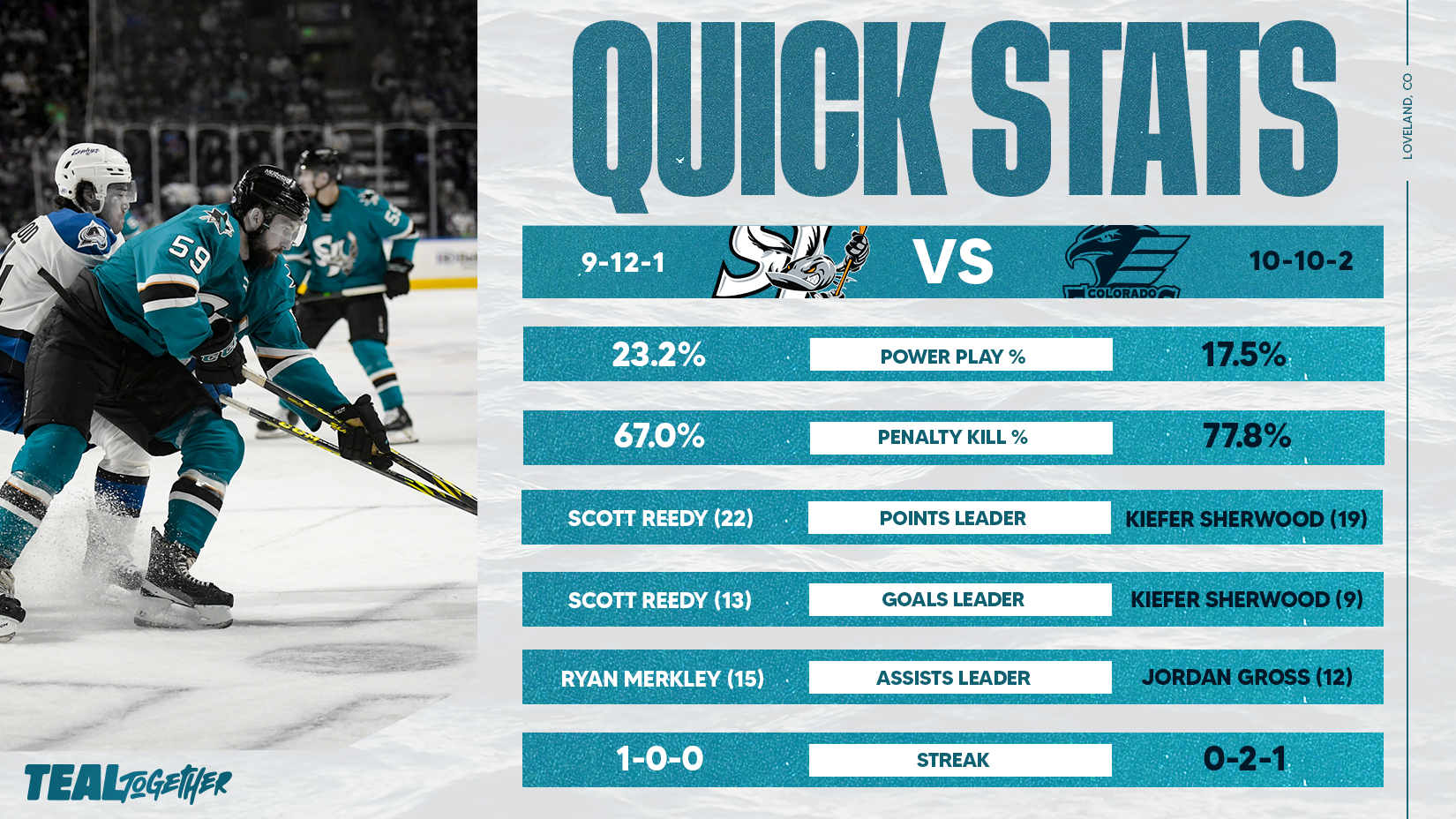