• In the win, Jayden Halbgewachs (2, 3) scored twice for his fourth multi-goal game of his career

• The Barracuda went 2-for-4 on the power-play, their first multi-PPG game of the year

• Robbie Russo finished with a pair of assists, his first two-point game of his Barracuda career

• The Barracuda held the Gulls to a season-low 17 shots 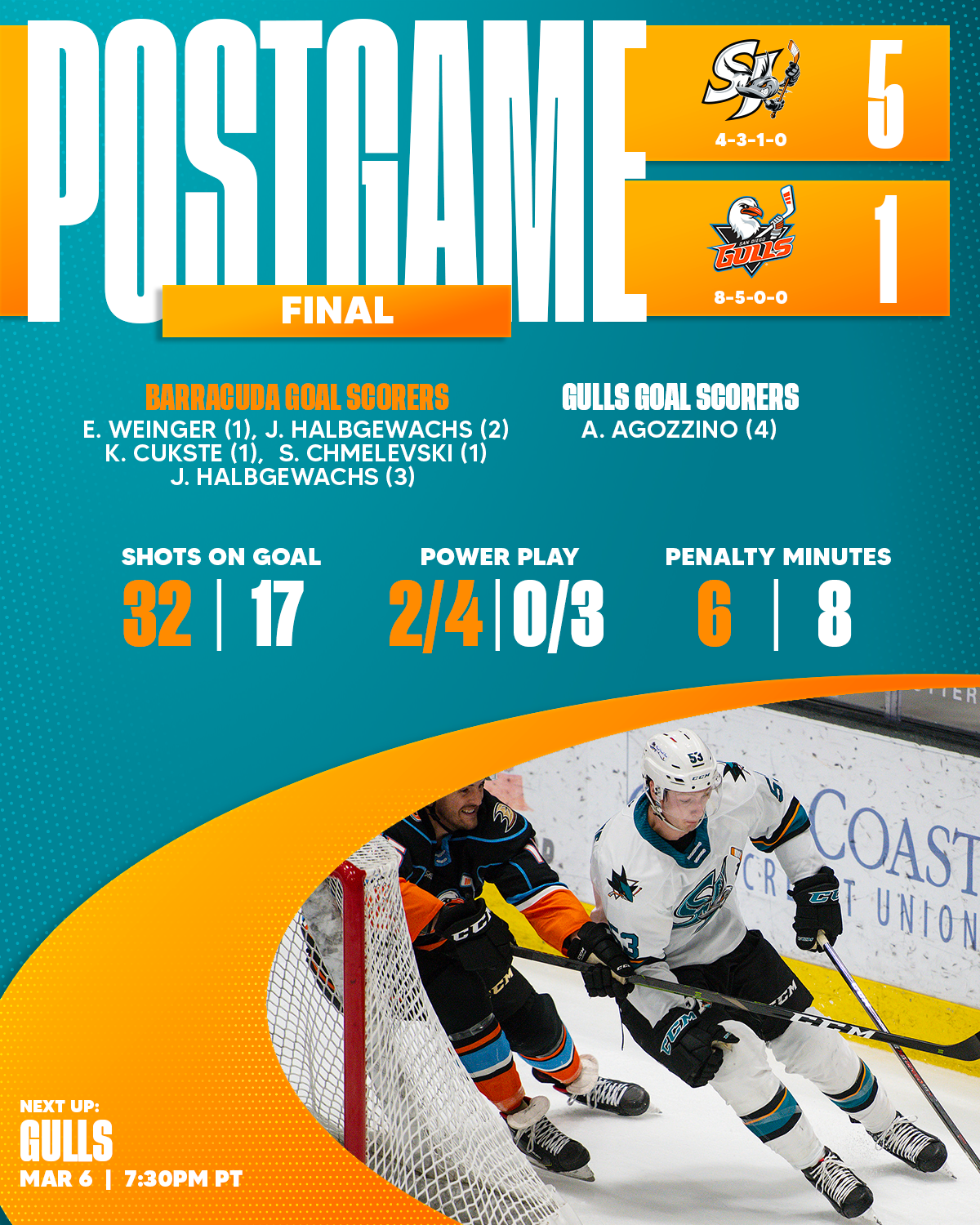 After his two-goal performance on Friday, @halbgewachs97 spoke to the media 🎥 pic.twitter.com/vTyfzrUver

After his team's 5-1 win on Friday over San Diego, head coach Roy Sommer chatted with the media 🎥 pic.twitter.com/AEhyAAIF5r